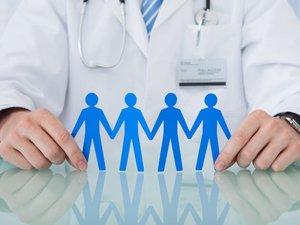 The economics profession today continues to face mounting criticism for its failure to predict and explain economic crises.

According to Austrian school critics of Keynesian and neoclassical methods, this failure is in large part due to a foolish determination to bring into economics the mathematical precision of the physical sciences. To achieve this precision, neo-classical economists disproportionately focus their inquiry on global measures of economic activity: gross national product, aggregate demand, global supplies of money, goods, or labor, and other variables that lend themselves to quantification and numerical modeling. Lost in mainstream economic analysis is the attention due to the individual economic actor who, by virtue of his or her power of self-determination, is ill-suited for the equation or the graph.

A similar love affair with quantitative methods has rapidly taken over the medical field over the last several decades. As in mainstream economics, equations and predictions can only come about when one turns one’s attention away from the individual patient to focus instead on the aggregated group, or population, as the prime target of analysis and intervention. Thus, population medicine is an apt term to describe the discipline that seeks to mathematize medical practice by caring not for the patient in particular, but for the patient on average, globally, or in the abstract.

For the promoters of population medicine, the individual clinical interaction is of no interest. It is dismissed as quaint, anecdotal, and inconsequential to a proper understanding of health issues. Instead, the data of interest are those garnered from large epidemiological studies and clinical trials. From such research, one can derive “risk factors” for disease, elucidate the “determinants of health,” and promote prescriptive measures in wide swaths.

Advancing the convenient fiction that whatever is good for the group must be good for the individual, population medicine has become an indispensable framework of analysis for the central planning of health care. Accordingly, government agencies can now avail themselves of the findings of this discipline to decide which services, drugs, and interventions should be paid for and promoted, and which must be deemed unnecessary or even fraudulent. The decisions can thus be rendered under cover of “scientific proof.”

An example of activities promoted by population medicine is the “risk calculation,” which doctors are expected to embrace, or else face penalties for practicing outside of the desired norm. Risk calculation involves inputting a handful of patient factors — age, weight, cholesterol, blood pressure, and the like — into a formula to obtain the patient’s “personal risk” of dying or suffering a specific outcome in the future. Based on this mathematical insight, an intervention is prescribed. A patient can thus enjoy the privilege of being treated like a number not just figuratively, but quite literally.

Needless to say, the architects of population medicine overlook that the concept of “personal risk” is rather devoid of meaning, as statistician Richard von Mises explained many decades ago. Willful or naïve, this oversight is turning medicine into an enormous risk management enterprise aimed at solving an impossible game of health optimization.

According to the wisdom of population medicine, for example, to be healthy is to confine our weight, our blood cholesterol, or our blood sugar to an ever-more narrow range of “normal values” defined — and repeatedly revised — not on the basis of any physiological reality, but by the will of committees of medical technocrats. With each new revision in the definitions of what constitutes a “normal” blood pressure, blood cholesterol, or blood sugar, millions of hapless citizens whose numbers happen to fall outside the desired range are instantly turned into patients, to the great delight of the pharmaceutical industry.

And it’s not just anthropomorphic variables which are so narrowly defined. What we eat, how much we drink, how long we sit, and how fast we move are all of interest to population scientists eager to show us the narrow path to healthy living measured in precise servings per meal, ounces per day, hours per week, or miles per minute.

The scientific advice, unfortunately, does not always lead to a healthy outcome. A population-wide push to discourage consumption of saturated fats, for example, led to a population-wide increase in the consumption of carbohydrates, and thus may have unwittingly played a role in the obesity epidemic of the last twenty years. At the very least, lifestyle fads advocated through the bullhorns of population medicine are undoubtedly causing epidemics of food and exercise neuroses.

Population medicine ambitiously aims to improve the health of entire nations. To do so, it proceeds to sketch an ever-more quantified but all-the-more unrealistic portrait of the human being, to be analyzed by those who enjoy directing medical care from the remote comfort of their academic or governmental chairs.