The Trojan Horse of "Happiness Research" 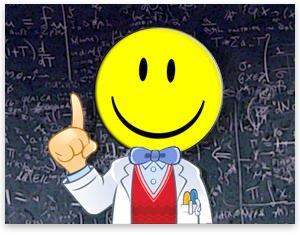 A very large literature has built up over the past several decades in the area of so-called "happiness research." Such research is based on several very dubious assumptions: namely, that utility is cardinal and measurable after all; that interpersonal utility comparisons can therefore be made; and that the great unicorn of economic theory — the "social welfare function" — has finally been spotted. Armed with these assertions, socialists around the world believe they have finally discovered their holy grail. Now that governments supposedly know with "scientific certainty" what constitutes "happiness," there can be no argument (or so they think) against virtually unlimited government intervention in the name of creating happiness.

Affluence is actually a disease that generates massive unhappiness, says the Australian author of a popular book in this field, entitled Affluenza. The government of Brazil is in the process of enshrining this notion into its constitution, and similar movements exist in Great Britain and other countries.

These assumptions rest on the proclamation that public-opinion surveys are sufficient measures of cardinal utility. The economists who make such assumptions studiously ignore all of the reasons why economists have disavowed such practices — especially the notion of demonstrated preference — for generations. As Murray Rothbard explained in his essay, "Toward a Reconstruction of Utility and Welfare Economics,"

The concept of demonstrated preference is simply this: that actual choice reveals, or demonstrates, a man's preferences; that is, that his preferences are deducible from what he has chosen in action. Thus, if a man chooses to spend an hour at a concert rather than a movie, we deduce that the former was preferred, or ranked higher on his value scale. … This concept of preference, rooted in real choices, forms the keystone of the logical structure of economic analysis, and particularly of utility and welfare analysis.

Rothbard continued to explain the folly of relying on public opinion surveys, as opposed to the actual demonstrated preferences of economic decision makers:

One of the most absurd procedures based on a constancy assumption [i.e., the false assumption that people never alter their preferences] has been the attempt to arrive at a consumer's preference scale not through observed real action, but through quizzing him by questionnaires. In vacuo, a few consumers are questioned at length on which abstract bundle of commodities they would prefer to another abstract bundle, and so on. Not only does this suffer from the constancy error, no assurance can be attached to the mere questioning of people when they are not confronted with the choices in actual practice. Not only will a person's valuation differ when talking about them from when he is actually choosing, but there is also no guarantee that he is telling the truth.

The one economist who is arguably the leader in the field of "happiness research" (at least among economists) is Bruno Frey of the University of Zurich. When I asked him at a conference in Prague several years ago about the age-old criticisms of replacing actual demonstrated preferences with questionnaires, his response was that his "data" were no worse than GDP data. As bad and as unreliable as GDP data are, "happiness research" questionnaire data are at least no worse, he said.

But in fact, much of the happiness-research data are much, much worse.

"Happiness research has indeed been a gold mine for resume-building academic economists whose econometric game playing is no longer limited by the requirement of digging up actual economic data."

European socialists in fields outside of economics have gone even further with their research of "happiness." A bestseller in Europe is The Spirit Level: Why Equality is Better for Everyone, by Richard Wilkinson and Kate Pickett. The book is an excellent example of the misuse and abuse of statistics by these two British epidemiologists. It is an abuse of statistics because the entire book is a fishing expedition for simple correlations between the degree of material "inequality" in a country and myriad other variables. Wilkinson and Pickett don't even attempt the use of multiple-regression analysis, as is typical in their own field, in economics, and elsewhere. Consequently, they arrive at contrived statistical conclusions that greater material equality in a country supposedly leads to improvements in community life, mental health, drug use, physical health, obesity rates, intelligence, teenage births, recycling, violence, imprisonment, social mobility, dysfunctionality, anxiety, and self esteem. (One critic of this research mocked its abuse of statistical methods by presenting a scatter diagram that purportedly showed a positive correlation between recycling and suicide, suggesting that the more one recycles, the more likely that one will commit suicide!)

According to these scientific-sounding conclusions (which have been lavishly praised by politicians, of course), the people of the former Soviet Union must have been the happiest people on earth, since the pursuit of equality was always the pronounced objective of socialism. As F.A. Hayek wrote in the 1976 edition of The Road to Serfdom, socialism was originally defined as government ownership of the means of production, and then changed to mean the redistribution of income and wealth through the auspices of the welfare state and progressive income taxation. In each case, "equality" was the ultimate end; only the means changed over time.

Happiness researchers make no mention at all of the long-recognized deleterious effects of welfare statism, including destruction of the work ethic, family breakup, the growth of dysfunctional citizens who are paid by the state to remove themselves from the work force, etc.

Bruno Frey is no socialist, but the area of research that he champions is being very enthusiastically embraced by interventionists, socialists, and would-be central planners within the economics profession. Frey himself explained this in his June 2002 survey article in the Journal of Economic Literature entitled "What Can Economists Learn from Happiness Research?" (with Alois Stutzer).

Among the things economists can learn from this strange branch of psychology, Frey and Stutzer approvingly report, are the following:

"'Happiness research' is really a crusade to persuade the public that poverty and servitude to the state are superior to prosperity and freedom."

If one were to go to a university library and survey some of the top economics journals, it would be easy to find dozens of articles that seem to employ a blur of mathematics in page after page, followed by mind-numbing econometric pyrotechnics, to prove that water runs down hill. For example, I can recall reviewing a book on innovation for the Southern Economic Journal that required 66 equations to arrive at the conclusion that businesses are likely to invest more money on innovations that promise a higher rate of return on their investment. Much of happiness research that is conducted by economists is exactly like this, very often stating conclusions that are extraordinarily simplistic and downright comical. The following are a few examples from the Frey/Stutzer article in the Journal of Economic Literature. Every one of them could be appropriately concluded with the expression, "Duh."

One thing these mundane, pedestrian statements demonstrate is that happiness research has indeed been a gold mine for résumé-building academic economists whose econometric game playing is no longer limited by the requirement of digging up actual economic data. They can make up all of their own data by simply mailing (or emailing) out questionnaires.

Bruno Frey himself has published dozens of articles and several books of this sort, and may well win the Nobel Prize in Economics for them. It would not be a shock if the Swedish socialists who decide on the prize, funded by the Swedish central bank (not the estate of Alfred Nobel), gave the award to Professor Frey some day. That would be an enormous boon to all the socialists of the world, who have never let economic reality or economic logic stand in their way. As explained in an excellent critique of happiness research in the form of a book entitled The Spirit Level Delusion: Fact-Checking the Left's New Theory of Everything, by Christopher Snowdon (p. 147),

Apologists for Marxism have made myriad excuses for their ideology's failure to provide the same standard of living and liberty as was enjoyed in capitalist nations. Until recently, few have been so brazen as to claim that lowering living standards and curtailing freedom were the intended consequences, let alone that people would be happier with less of either. In that sense, books like The Spirit Level represent a departure for the left. Limiting choice, reducing wealth and lowering aspirations are now openly advocated as desirable ends in themselves.

Thus, "happiness research" is really a crusade to persuade the public that poverty and servitude to the state are superior to prosperity and freedom. It is what 20th-century communists referred to as "socialism with a smiling face" during the last days of Soviet and European communism.