GET NEWS AND ARTICLES IN YOUR INBOXPrint
A
A
Home | Mises Library | Is There a Distinct Theory of International Trade?

Is There a Distinct Theory of International Trade? 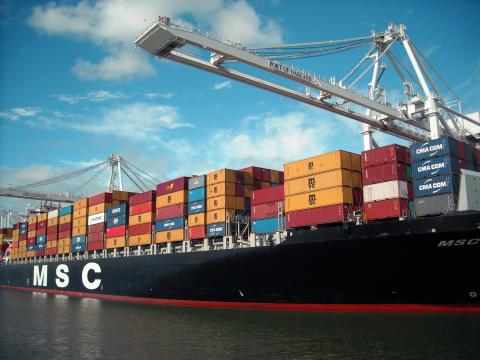 Economics is a social science dealing with human choices and evaluations resulting from them. Every branch of our social world is a result of human action. That is why we always have to concentrate on acting individuals, who choose means to achieve their subjective ends. Ludwig von Mises called economics "a general theory of human action." This statement delivers a message that economics deals with every phenomena resulting from human action—whether on the local, national, or international level.

International trade theory isn't a stand-alone topic. It is a practical application of general trade theory to trading between persons from different countries. There is no difference between mobility of factors of production inside or outside a country. To see why, let us look at the fundamental economic law: supply and demand. This mechanism is undeniable. It works on every level. It doesn't matter if we're dealing with a market for oranges, or a market for apples, a market for consumption goods, or a market for capital goods. Still, the law of supply and demand works the same.

Of course in reality, we might notice important differences that are useful for practical purposes, e.g., more people prefer oranges to apples, or oranges might be scarcer, or "more mobile" etc. But still the theory stays the same.

Now, Paul Craig Roberts often and rightly speaks of international trade theory as if it concerned exchange between people from different regions in which factors of production have internal mobility and external immobility. But sometimes he suggests that two political entities are enough for international trade theory. Because of this terminological uncertainty, many more confusions arise, e.g., the author maintains that free trade between countries is only possible if both countries have immobile factors of production. This would mean that if unrestricted free trade were permitted inside the United States (free exchange of private property titles) this paradoxically would not be free trade.

So let us clarify terms. Free trade is simply a system in which every person is free to trade with anyone he/she wishes to, as long as it doesn't violate any other person's rights. We can talk about free or restricted trade between two or more individuals. As Rothbard states:

In a purely free market . . . there can be no such thing as an "international trade" problem. For nations might then possibly continue as cultural expressions, but not as economically meaningful units. Since there would be neither trade nor other barriers between nations nor currency differences, "international trade" would become a mere appendage to a general study of interspatial trade. It would not matter whether the trade was within or outside a nation.1

As far as Rothbard is concerned, "international trade" is just a practical example of the "general theory of trade." Immobility of factors of production is totally dependent on the preferences of private property owners, who decide about allocations of their valuable resources. The mechanism of "mobilizing" the factors is the same on the national and international levelit works due to freedom of contract and sovereignty of owners, who have their value scales.

That is why to Rothbard the "theory of international trade" appears to be inseparable from the theory of interventionism, which he explains in his antistatist manifesto:

Analysis of interventionary situations consists simply in comparing their effects to what would have occurred on the free market. "Nations" may be important politically and culturally, but economically they appear only as a consequence of government intervention, either in the form of tariffs or other trade barriers to geographic trade, or as some form of monetary intervention.2

The "theory of international trade" is important, only because mercantilists, Keynesians and other "monetary cranks" emphasized it, and distinguished it from the general theory of exchange. If there were no political boundaries, freely fluctuating paper currencies and tariffs, no separate theory of international trade would exist. It exists only because we're permanently dealing with various forms of state intervention.

In his statement Mr. Roberts follows the classical economists, who wrote naively on the topic. This was recognized by Gottfried Haberler:

The classical school believed nevertheless that there was a fundamental difference between home trade and foreign trade. They pointed out that labor and capital moved freely from one branch of production and from one district to another within a single country. Between different countries, on the other hand, mobility was totally, or at any rate to a great extent, lacking. In the latter case, complete adjustment (i.e. the establishment of the same rate of wages and the same rate of interest everywhere) did not take place. Immobility was accepted quite naively by the classical school as the criterion of international trade. They based their argument upon it without attempting to justify its selection on methodological grounds and thus laid themselves open to various objections which have been raised from time to time.3

Later Haberler points out that the difference is only a matter of degree, and sometimes we observe factors that are not perfectly mobile inside national boundaries, and sometimes we find large movements of factors between countries. He also stresses that this point was raised by Professor J.H. Williams in his paper in the 1929 Economic Journal and in articles by Professor B. Ohlin. Haberler further mentions Mr. Roberts' claim, which can be found, in writings of the classics:

If the mobility of labor and capital between different countries were to increase in the further course of economics development, there would be, according to the classical school, no need for a separate theory of international trade. For the phenomena which it tries to explain would have disappeared and with them the distinction between home and foreign trade.

Let's pause for a moment. Suppose that this is the case, and it would actually mean a disappearance of "international trade theory." Would it change much? Not at all. Free trade would still be beneficial, since free trade inside one country is beneficial. It's also interesting that Mr. Roberts' method would mean that, if unrestricted free trade existed between Switzerland and the European Union, it would not be international trade, because factors would be too "mobile." On the other hand trade between West Germany and East Germany could be called "international trade" (granted that most people won't emigrate from East to West).

Haberler also points out that:

Immobility of labor and capital is by no means the only possible criterion for defining international trade. Various alternative criteria, such as the existence of separate currencies and the independent control of monetary policy in different countries have been suggested. Each definition of this kind draws attention to different phenomena and we shall have to investigate them all in due course; but is meaningless to inquire which is the 'correct' criterion of international trade.

What then is Haberler's criterion? It's very similar to Rothbard's, as revealed in the following passage, which is clearly inspired by Ludwig von Mises:

Every branch of economics has to do with human actions and human behavior. Other phenomena interest the economist only so far as human activity is directed towards them (commodities), or so far as they affect human activity (environment). . . . The theory of international trade has to be regarded as a particular application of general economic theory. The theory of marginal utility, which interprets and explains the individual's economic activity as such, must therefore be applicable to those economic activities which, in their totality, constitute international trade. The same holds true also of propositions of price theory which follow from the laws of supply and demand.

Of course, a distinction between "international trade" and "local trade" is visible and important. However, international trade does not need any separate theory, just like the balance of payments of an individual does not need a different theory from the balance of payments of the United States. The latter is just more important because of statist policies of debt and collectivistic gathering of data. So too with international trade: it is talked about and debated because governments exhibit such a penchant for disturbing the market patterns of allocation that would otherwise exist in the absence of intervention.

Finally, let us remember to make a distinction between "capital" and "capital goods." "Capital" is not more mobile than it was a few hundred years ago. It is as "mobile" as it used to be, because capital movement tends to bring about equality of profit (a more precise term is "interest").