GET NEWS AND ARTICLES IN YOUR INBOXPrint
A
A
Home | Mises Library | Sweatshops: A Way Out of Poverty 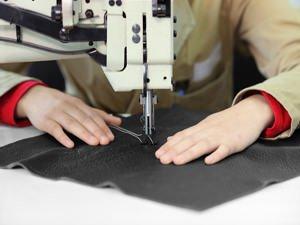 was recently published by Cambridge University Press. Dr. Powell spoke with the Mises Institute about his new book.

Mises Institute: Describe for us what you mean by “sweatshop.”

Powell: Here’s an example: Abigail Martinez earned only 55 cents per hour stitching clothing in an El Salvadoran garment factory. She worked as long as 18 hours a day in an unventilated room; the company provided undrinkable water. If she upset her bosses they would deny her bathroom breaks or demand that she do cleaning work outside under the hot sun. Abigail’s job sounds horrible.

MI: But you assert that jobs like this make the workers better off.

Powell: These so-called sweatshops are part of the development process that leads to better conditions. Austrian economic theory teaches that people choose purposively to improve their situation. Thus, it is not startling to an Austrian to hear that a job such as Abigail’s made her better off than she was before, so long as violence wasn’t used to make her accept the employment.

Mises Institute: So you take an empirical look at the improvements that sweatshops produce?

Powell: My new book does exactly that. I find that sweatshops in the third world today benefit the workers who toil in them and aid in the process of capital accumulation that leads to higher living standards in much the same way that factories in Great Britain and the United States did during the Industrial Revolution.

Ludwig von Mises wrote that during the Industrial Revolution, “The factory owners did not have the power to compel anybody to take a factory job. They could only hire people who were ready to work for the wages offered to them. Low as these wage rates were, they were nonetheless more than these paupers could earn in any other field open to them.”1 This is precisely what I find in third-world sweatshops today.

I found 83 cases of supposedly exploitative sweatshop wages reported in popular press sources and compared those earnings to the living standards in the countries where they were found. In every country where the sweatshops were located, more than 10 percent of the population lived on less than $2 per day. In more than half of the countries, more than 40 percent did. Yet, in 77 of the 83 cases, the sweatshop wages exceeded the $2 a day threshold. Five of the six exceptions occurred in Bangladesh, where the workers earned more than $1.25 per day — something that more than half the population of that country failed to achieve at the time.

MI: But how do these jobs compare to other jobs in that same country?

In short, sweatshops provide the least-bad option for the workers who work in them. But sweatshops are better than just the least-bad option. Sweatshops bring with them the proximate causes of economic development — capital, technology, and the opportunity to build human capital. If countries respect private property rights and economic freedoms, these proximate causes of development lead to higher productivity, which eventually leads to higher pay and better working conditions.

MI: It seems the problem many critics have is that the economic improvement is not fast enough.

Powell: That process of development took roughly 150 years in Great Britain, because much of the capital had to be created anew and the technology invented. The United States transformed from a pre-industrial society to a post-sweatshop society more rapidly, because it imported technology and capital from Great Britain.

In 1950, Hong Kong, Singapore, Taiwan, and South Korea were just beginning the process of development with sweatshops. In about a generation and a half, they catapulted from pre-industrial levels of development to first world living standards. All of these countries embraced property rights and economic freedom and grew rapidly.

MI: Some people believe that these countries have high living standards today because of labor laws.

Powell: Regarding the Industrial Revolution, Ludwig von Mises commented that, “The nineteenth century’s labor legislation by and large achieved nothing more than to provide a legal ratification for changes which the interplay of market factors had brought about previously.”2 This remains true for countries where sweatshops locate today.

Take child labor for example. Anti-sweatshop groups universally condemn child labor and call for laws banning products made with it. But the process of development is the best cure for child labor. In countries with average incomes above $12,000, there is virtually no child labor. But for countries whose incomes are below $2,000, more than 30 percent of children work.

It’s no accident that the United States didn’t pass meaningful national child labor legislation prohibitions until 1938. At that time, average per capita income was more than $10,000 (in 2010 dollars). It was simply codifying what the market process had already achieved. The same is true of other workplace health, safety, and maximum hour legislation in countries with sweatshops today.

MI: But why are so many of these areas still so very poor?

Powell: Of the poverty in the West prior to the Industrial Revolution Mises wrote, “It is deplorable that such [impoverished] conditions existed [outside the factories]. But if one wants to blame those responsible, one must not blame the factory owners who — driven by selfishness, of course, and not by ‘altruism’ — did all they could to eradicate the evils. What had caused these evils was the economic order of the pre-capitalistic era.”3

Unfortunately, parts of the third world are still mired in poverty caused by the statist economic order of the pre-capitalist era. Economics is a science of evaluating whether means are capable of achieving desired ends. My book is concerned with ending poverty in the third world. The main lessons are that many of the means of the anti-sweatshop movement are incompatible with that end. Instead, embracing an environment of property rights and economic freedom that allows the process of economic development, which includes sweatshops, to occur is the greatest cure for poverty.