GET NEWS AND ARTICLES IN YOUR INBOXPrint
A
A
Home | Mises Library | Study Guide to Human Action, Chapter V 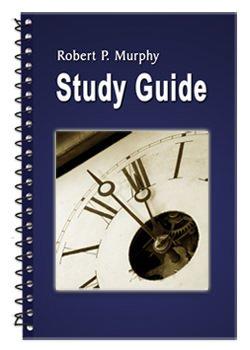 1. The Temporal Character of Praxeology

In a logical system (such as mathematics) all of the implications are coexistent and interdependent. It is not true that the axioms of geometry "cause" its theorems to be true, even though a limited human mind must work step by step through a geometrical proof.

In the sense that praxeology is a logical system, it too is "out of time." However, the system itself contains parts such as change, causality, and the notions of sooner and later.

Thus the subject matter, the content, of praxeology is intimately related to time.

2. Past, Present, and Future

It is action that makes man aware of the flux of time. Time itself is a praxeological category; one can't make sense of time without understanding action, and one can't understand action without the concept of time.

In other disciplines such as philosophy or physics, "the present" is simply an idealized boundary line between the past and the future. But in praxeology, there is a real extended present. In praxeology, the present is not defined as some unit of duration, measured by clock ticks or revolutions of heavenly bodies. Rather, the present is always defined by the presence of a ripe opportunity to take some potential action. Once the conditions have changed, making a potential action now incapable of achieving its desired end, the "moment has passed" and what was the present is now the past.

3. The Economization of Time

Time is scarce, and as such it must be economized. This is seen most clearly by considering someone living in a paradise where every material need can be satisfied without any labor. Even in this hypothetical world, people would still need to arrange their satisfactions in a particular temporal sequence. Even though scarcity would not be an issue with regard to goods and services, nonetheless the concepts of sooner and later would still have meaning.

4. The Temporal Relation Between Actions

Actions (by the same person) can never occur simultaneously, but rather must occur in succession through time. A given action may achieve several ends at once, but it is misleading to classify this as several simultaneous actions.

It is wrong to suppose that a man has a value scale which then "causes" him to act in a certain way. On the contrary, outsiders infer an underlying value scale only to make sense of an action; it is the action that is the brute fact. It's therefore pointless when some thinkers try to judge the actions of individuals with reference to their value scales, as if they could discover some discrepancy or "irrationality."

There are several reasons that this chapter is important. First, time preference is a crucial component of the Misesian theory of interest, and so Mises would naturally want to establish a special role for time in the early chapters when setting up the praxeological framework. Second, Mises wanted to demonstrate that the dimension of time is different from the three dimensions of space; Mises uses what O'Driscoll and Rizzo have called Bergsonian time (see footnote 2 on page 100). Unlike space, there is something qualitatively different about time (because of its irreversibility) and this difference has tremendous relevance to action. Finally, this chapter is important because (as we discuss more in the Technical Notes below) it underscores the difference between praxeology and mainstream utility theory.

1. Time as a Praxeological Factor

2. Past, Present, and Future

Why is action necessarily directed towards the future? How does man become conscious of the notion of time?

Which role does the present play for an acting being?

3. The Economization of Time

4. The Temporal Relation Between Actions