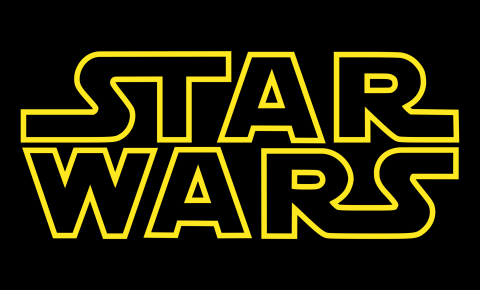 It was peace and prosperity versus taxation, inflationism, protectionism, imperialism, and war. The good guys win this one and people are applauding in theaters throughout the country.

The movie of course is "Star Wars: The Phantom Menace," one of the finest allegories on classical liberal political economy to ever appear on screen.

One has to wonder if George Lucas hasn't been reading Ludwig von Mises or Murray N. Rothbard during the long sabbatical that he has taken since his last major movie project. As a wealthy capitalist and businessman, Lucas certainly knows all too well what the government means to wealth and what the market means to the success of complex production processes like a major motion picture.

As the movie opens, the Republic is falling apart due to taxation, protectionism, bureaucracy, and corruption. The Dark Side, accurately labeled the "federalists" (who were the centralizers in American history), is trying to enforce its franchise on trade taxes by trying to intimidate a small peaceful planet that believes in free trade, peace, and republican virtues. Queen Amidala refuses to pursue any path that might endanger peace and start a war.

Her country of the Naboo was at first subjected to excessive taxation and is being blockaded, a path that she rightly fears will lead to war. She attempts to appeal to the central government for an end to the trade restrictions, but quickly discovers that the Republic's Galactic Senate is dominated by bureaucrats and yammering special-interest groups interested only in manipulating the system to their own benefit.

When the legislature proposes to establish a commission to look into the claims that people are suffering, Queen Amidala realizes that established political channels are totally corrupt. She packs her bags for home and prepares to defend her country. What we are watching here are the tell-tale signs of a decaying empire, where the common good, peace, and liberty are no longer held at a premium.

Along with that–and consistent with the experience of Imperial Rome and the US–we see currency depreciation. This depreciation affects all people who use the money, even in such parched, desert places like Tatooine, where a Jedi warrior tries to exchange credit-based money of the Republic for necessary supplies. He is turned down because the money is no longer valued on the periphery of the Republic. As a result they must resort to barter, which is exactly what Mises said is the final result of inflation.

The good guys win in the end, but not without a great deal of courage, ingenuity, and luck. The movie ends with peace and prosperity being proclaimed to the thunderous applause and celebration of the population.

A number of problems are left unresolved. In her excursion to the Republic's Galactic Senate, the Queen is persuaded to assist Senator Palpatine in a bid to become Chancellor of the Republic. His appeal is his promise to be a strong leader who will clean out the bureaucracy and stiff arm the special interests.

But for all his promising talk, what drives him is personal power, and not a principled attachment to the ideals of the Old Republic. It is clear where this ends up: he becomes the strong man who eventually effects the full conversion from Republic to Empire. Think of him as the Stars Wars version of Caesar, or any number of aspiring presidential hopefuls.

Lucas has done a great job with this movie. True, it can be a little bit campy (one of the leaders of the Dark Side federalists sounds like a Japanese admiral in a Pearl Harbor movie), it's got special effects galore, allusions to classic movies, and interesting historical connections. In other words, its Star Wars, but even better.

This is nonsense. What the critics really resent is that this movie draws on existing character types in the real world to make the unfamiliar world it depicts connect more directly with audiences. These same critics blast Shakespeare because it isn't the disembodied political propaganda they think all art should be.

It's true that "Star Wars: The Phantom Menace" doesn't wallow in politically correct obsessions with dysfunctional families and sociopathic prejudices. Instead, Lucas tells a story about the struggle between good over evil, a struggle well represented in the underlying classical-liberal politics of the movie.

As the movie makes clear, the good society is based on the rule of law, sound money, free trade, peace, and virtuous leaders who care about the commonwealth more than their own power. Evil is represented by consolidated government and its penchant for corruption, inflation, war, and destruction. So this galaxy far, far away bears an incredible likeness to one we know all too well.