The Smithian Conquest of France 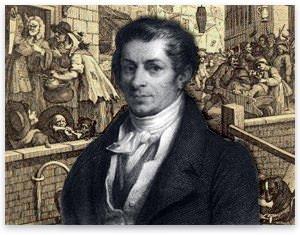 [Excerpted from An Austrian Perspective on the History of Economic Thought, vol. 2, Classical Economics (1995). An MP3 audio file of this article, read by Jeff Riggenbach, is available for download.]

One of the great puzzles in the history of economic thought, as we have indicated in Volume 1, is why Adam Smith was able to sweep the field and enjoy the reputation of "founder of economic science" when Cantillon and Turgot had been far superior, both as technical economic analysts and as champions of laissez-faire. The mystery is particularly acute for France, since in Britain the only schools competing with the Smithians were the mercantilists and the political arithmeticians.

The mystery deepens when we realize that the great leader of French economics after Smith, Jean-Baptiste Say (1767–1832), was really in the Cantillon-Turgot tradition rather than that of Smith even though he greatly neglected the former and proclaimed that economics began with Adam Smith. He, Say, was supposedly only systematizing the wonderful but inchoate truths found in the Wealth of Nations. We shall see below the precise nature of Say's thought and his contributions, as well as his decidedly "French" non-Smithian, and "pre-Austrian" logical clarity and emphasis on the praxeologic axiomatic-deductive method, on utility as the sole source of economic value, on the entrepreneur, on the productivity of the factors of production, and on individualism.

Specifically, in his brief treatment of the history of thought in his great Treatise on Political Economy, Say makes no mention whatever of Cantillon. Despite the considerable influence of Turgot on his doctrine, he brusquely dismisses Turgot as sound on politics but of no account in economics, and asserts that political economy in effect began with Adam Smith's Wealth of Nations. This curious and wilful neglect of his own forbears is made obscure by the scandalous fact that there is not a single biography of Say in the English language, and precious little even in French.

Perhaps we can understand this development given the following. In France, economics had long been associated with the physiocrats, les économistes. The ouster from the controller-generaliship of the great Turgot in 1776 and the consequent demise of his liberal reforms served to discredit the entire physiocratic movement. For Turgot was unfortunately considered in the public eye as merely a fellow traveller of physiocracy and its most influential follower in government.

After this loss of political influence, the French philosophes and the leading intelligentsia felt free to heap mockery and ridicule on the physiocrats. Some of the fanatical cult aspects of physiocracy left it vulnerable to scorn, and the encyclopédistes, though themselves generally pro-laissez-faire, led the attack.

The advent of the French Revolution accelerated the demise of physiocracy. In the first place, the Revolution was itself too intensely political to allow much sustained interest in economic theory. Second, the physiocrats' strategic devotion to absolute monarchy tended to discredit them in an era when the monarch had been toppled and destroyed.

Moreover, the physiocrats, with their emphasis on the exclusive productivity of land, were associated with devotion to the landed, aristocratic interest. The French Revolution against aristocratic rule and against feudal landholding had no patience for physiocracy. The impatience was aggravated by the emergence of industrialism and the Industrial Revolution, which increasingly rendered obsolete the physiocratic devotion to the land.

All these factors served to discredit physiocracy totally, and since Turgot was unfortunately identified as a physiocrat, his reputation was dragged down at the same time. This situation was aggravated by the fact that Turgot's former aide and close friend, editor, and biographer was the last of the physiocrats, the statesman Pierre Samuel DuPont de Nemours (1739–1817), who added to the problem by deliberately distorting Turgot's views to make them appear as close to physiocracy as possible.

Originally, Smith's Wealth of Nations was poorly received in France. The then-dominant physiocrats scorned it as a vague and poor imitation of Turgot. However, the great libertarian Condorcet, who had been a close friend and biographer of Turgot, wrote admiring notes appended to several French translations of the Wealth of Nations. And Condorcet's widow, Madame de Grouchy, continued the family interest in Smithian studies by preparing a French translation of the Theory of Moral Sentiments.

Later, in the 1790s, the physiocratic remnants latched gratefully on to the Smithian coat-tails. Smith, after all, favoured laissez-faire, and he was almost outlandishly proagriculture, holding that agricultural labour was the chief source of wealth. As a result, most of the later physiocrats became early Smithians in France, led by the Marquis Germain Garnier (1754–1821), the first French translator of the Wealth of Nations, who presented Smithian doctrine to France in his Abrégé élémentaire des principes de l'économie politique (1796).