Safety and the Market Economy 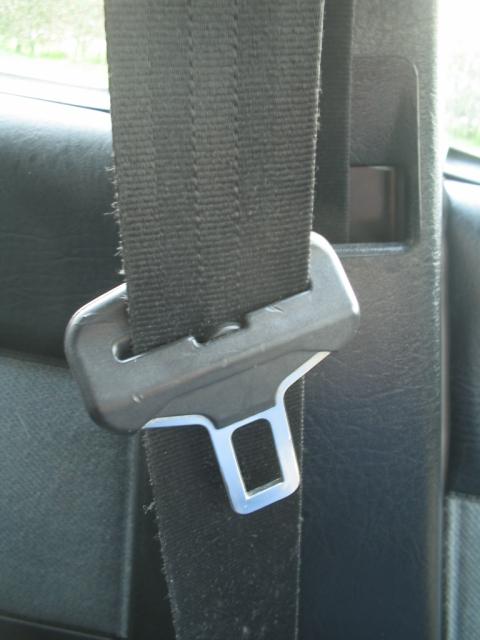 Safety is not an absolute value that automatically trumps all others. Highway safety would increase if everyone drove a multi-million-dollar armored-personnel carrier or if everyone was forced to drive at two miles an hour. The mere fact that no one is suggesting these ideas illustrates that even the most die-hard of consumer protectionists realize that safety must be traded against other factors. Products need not be "absolutely safe," whatever that would mean, but merely "safe enough." However, government efforts to ensure that products are safe enough run into an insurmountable barrier. The government has no means by which to gauge what trade-off consumers want between safety, cost, convenience and other product features.

In an unhampered market, it is the desire on the part of entrepreneurs to make profits by satisfying consumer demand that guides this trade-off. Let us imagine the market for chain saws to be in an equilibrium condition, where it happens to be the case that all producers are manufacturing saws that are equally safe. Now the producers, in their efforts to make profits, have reduced the costs to produce such saws to the minimum level that they could, given the means available to them. Competition has also driven these entrepreneurs to make the best saws that they can at any given cost. Thus any safety improvements can come about only with an increase in costs.

Let us further imagine that there are safety improvements possible that at least some consumers value more than the cost of adding them. This is the case if there are items used in making saws -- factors of production, such as safety engineers, quality inspectors, automatic shut-off devices, and so on -- that are underutilized in meeting consumer demand. These items are priced below the level that would fully account for their value in yielding consumer satisfaction. It is this price-discrepancy between the factors of production and the final consumer products that generates the opportunity for entrepreneurial profit. An entrepreneur can purchase these undervalued resources and use them to create a product that will sell for more than his costs. We have good reason to suspect that some entrepreneur, in the endless quest to find further sources of profit, will realize that this discrepancy exists and exploit it.

Now, the market process does not guarantee that every such opportunity will be found. However, aside from the search for profits, there is no possible procedure, other than randomly groping about, to discover these opportunities. Furthermore, the "randomly-groping-about procedure," while it might occasionally get the right result, does not even provide a way to detect this after the fact! Entrepreneurs can tell if they estimated consumer demand correctly based on whether their decision turns out to have been profitable. On the other hand, if the government steps into the chain saw market and mandates a certain feature, it destroys the very mechanism by which we might discover whether consumers valued such a feature more than its cost. Since all chain saws will now have this feature, consumers must pay for it whether they want it or not. No one can say whether consumers found this to be a reasonable trade-off, since they no longer are able to express their preferences by choosing between saws with and saws without this feature.

There is not even any guarantee that in requiring some safety feature the government will not make us less safe, as it might have overlooked another, more important element of safety. Michael Levin, in his article "Labeling and Consumer Choice," talks about his surprise at receiving a jacket for his son with no drawstring. The reason the manufacturer had removed this feature was pressure from the Consumer Product Safety Commission. Apparently, some children had gotten their drawstrings caught in something and been injured. But perhaps the risk of pneumonia in cold climates is greater than the (minimal) risk of getting the string caught. Who knows? The government found a couple of cases of harm and saw the opportunity to "act decisively." But, as Levin points out: "Meanwhile, in the chilly New York wind, my son can't figure out how to tighten his hood."

When presented with these arguments, a friend of mine commented: "OK, but I don't have the time to research the safety of every product I buy, while the government can employ people to do so full-time."

This is certainly true. If every consumer were left entirely to his own devices in determining product safety, the world would be a riskier place. But implicit in this concern is the idea that if the government does not fulfill this role, then no one can. It overlooks other important sources of safety information, most of which would function even more effectively in an unhampered market than they do at present. Not only do such sources exist, they have the distinct advantage that the decision whether to use them or not is voluntary. Perhaps I don't care how safe my chain saw is, as long as it chops up trees "real fast." In that case, why should I be forced to pay for safety evaluations that don't interest me?

One source of privately supplied safety information is independent consumer publications, such as Consumer's Reports. While these provide consumers with good information today, the demand for this information, and hence the supply of it, is dampened by the fact that these groups are competing with the "free" consumer information and protection from the government. (It's not free to us as taxpayers, of course, but since we pay for it whether or not we use it, there is no additional cost for employing it in our role as consumers.)

Besides groups like Consumer's Reports, insurance companies also have an interest in investigating product safety, as they may have to foot the bill after a lawsuit. Producers also make use of private product-testing organizations, such as Underwriters Laboratories, as detailed by Mark Thornton in his article "What Keeps Us Safe?" The existence of such organizations rests on the fact that most businesses consider it disadvantageous to kill their own customers, both because it will tend to give one a bad name, and because marketing studies have consistently shown the dead to be far less avid consumers than the living.

There is always the risk that a testing organization might become beholden to some big client, and grow less than rigorous in testing that client's products. However, using this fear as a justification for government safety standards is flawed in at least two respects. First of all, this justification simply assumes that government agencies are free from such difficulties. The Public Choice School of economics has long since debunked this notion.

The second problem with this justification for government intervention is that it ignores the fact that competition is the consumer's best friend, here as elsewhere. In an unhampered market, if a testing organization is not performing up to snuff, there is an opportunity for competitors to draw away customers and make a profit by pointing this out. This is, in my estimation, the most significant source of safety information on a company's products: its competitors. No one else in the economy has as much motivation to study Company A's widgets as competing widget-maker Company B. The means by which such knowledge can be propagated to the consumer is advertising. Examples of companies that have relied heavily on advertising the high safety standards of their products include Volvo and Michelin.

Empirical work on product safety bears out our theoretical considerations. Nobel Prize winner Ronald Coase describes the results of an extensive study of US drug regulation by Sam Peltzman as follows: "The gains (if any) which accrued from the exclusion of ineffective or harmful drugs were far outweighed by the benefits foregone because effective drugs were not marketed" (Essays on Economics and Economists). Reason Magazine contributor Jacob Sullum, in his article "Safety That Kills," contends that federal airline safety regulations most likely cost lives. Sullum also points out, in "Alcohol Blindness," that because of federal regulations, there are strong restrictions on mentioning the health benefits of moderate alcohol consumption. James Madison economist Nicola Tynan has done extensive research indicating that the socialization of the water supply in 19th-century London, done in the name of public safety, often created the large epidemics it was supposed to alleviate. And private water suppliers were increasing water safety well before the government acted.

People have varying tolerance for risk, and different views of the benefits of risky activities. Government safety regulations, with their one-size-fits-all view of this trade-off, are simply an attempt by some people to make this choice for everyone else. They are unsafe at any speed.