Rothbard on Self-Defense and War 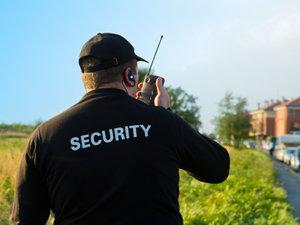 Recently the classical liberal legal scholar Richard Epstein criticized “hard-core libertarians.” These extremists want to keep out of “foreign entanglements.” If, as the extremists propose, we act only when there is a direct threat to the United States, “it may be too late.” We should strike immediately against the “forces of death and destruction” such as ISIS. We must spread liberty throughout the world in general, and the Middle East in particular.

Murray Rothbard certainly qualifies as a “hard-core libertarian.” Did he turn a blind eye to threats, owing to a commitment to unrealistic principles? By no means: but he differed from contemporary warmongers about the nature of these threats.

To grasp his ideas, it is best to put international relations aside for a moment and begin with an individual’s right to defense. Unlike Robert LeFevre, Rothbard was not a pacifist. To the contrary, he tells us in The Ethics of Liberty,

Absolute pacifists who also assert their belief in property rights ... are caught in an inescapable inner contradiction: for if a man owns property and yet is denied the right to defend it against attack, then it is clear that a very important aspect of that ownership is being denied to him.1

We have, then, the right to defend by violence our person and property; but, even if we are threatened, we cannot do anything we like in the name of “defense.” For one thing, there must be “an actual or directly threatened invasion of one’s property.” A mere intimation that someone might in future act in a hostile way against you does not suffice. “It would clearly be grotesque and criminally invasive to shoot a man across the street because his angry look seemed to you to portend an invasion.”2

Further, a response to invasion must be proportional. You cannot kill someone just for stepping uninvited onto your property. Rothbard altogether repudiates the view that any rights violator shows himself to be an outlaw who forfeits all rights. “On what basis must we hold that a minuscule invasion of another’s property lays one forfeit to the total loss of one’s own? I propose another fundamental rule regarding crime: the criminal, or invader, loses his own right to the extent that he has deprived another man of his.”3

The exercise of the right to self-defense is subject to another restriction; and this, we shall see, is of crucial importance once we turn to foreign relations. You cannot, while defending yourself, violate the rights of innocents. You cannot shoot an innocent bystander because he blocks the way to your otherwise justified response to an aggressor.

Suppose that, in this world, Jones finds that he or his property is being aggressed against by Smith. It is legitimate, as we have seen, for Jones to repel this invasion by the use of defensive violence. But, now we must ask: is it within the right of Jones to commit aggressive violence against innocent third parties in the course of his legitimate defense against Smith? Clearly the answer must be “No.” For the rule prohibiting violence against the persons or property of innocent men is absolute; it holds regardless of the subjective motives for the aggression. It is wrong, and criminal, to violate the property or person of another, even if one is a Robin Hood, or is starving, or is defending oneself against a third man’s attack.4

Rothbard subjects nations to the same limits, and the last of these limits is especially important. Modern warfare of necessity involves assaults on the innocent, and this Rothbard refuses to sanction. “All of the consequences of inter-territorial war make it almost inevitable that inter-State war will involve aggression by each side against the innocent civilians — the private individuals — of the other.”5

In seeking to restrict the conduct of war, Rothbard looked to traditional just war theory. Rothbard cites in this connection Vitoria, Suarez, Grotius, and their successors in later centuries, who carefully specified the limits a state must follow in warfare.

The classical international lawyers developed two ideas, which they were broadly successful in getting nations to adopt: Above all, don't target civilians. If you must fight, let the rulers and their loyal or hired retainers slug it out, but keep civilians on both sides out of it, as much as possible ... [and] Preserve the rights of neutral states and nations. ... In a theory which tried to limit war, neutrality was considered not only justifiable but a positive virtue.6

Rothbard followed the great figures in the just war tradition, but he radically extended their view. For him, the state was not merely subject to limits comparable to those restricting an individual trying to defend himself. Far from it: the state is a predatory organization. Its growth and seizure of new powers, inevitable in war, must be combated.

All State wars, therefore, involve increased aggression against the State’s own taxpayers, and almost all State wars (all, in modern warfare) involve the maximum aggression (murder) against the innocent civilians ruled by the enemy State.7

Given the manifest dangers of the predatory state, we should oppose the involvement of our own state in any foreign disputes. In the guise of spreading liberty abroad, America’s foreign interventions serve rather to extend tyranny at home.

But what of the claim that a non-interventionist policy ignores potential dangers that could inflict massive damage on our population? It is rather late in the day to make this claim. “Regime change” in Iraq was needed to protect us from “weapons of mass destruction.” These weapons did not exist, but the fiasco has not stopped the propagandists for war. Now we are told that ISIS, a small group that holds territory in Iraq and Syria, poses a threat to America: only “extremists” deny this. The claim follows a familiar pattern. It is a twice-told tale that, one hopes, will not again fool the American public.