GET NEWS AND ARTICLES IN YOUR INBOXPrint
A
A
Home | Mises Library | Is Ross Ulbricht a Libertarian Hero? 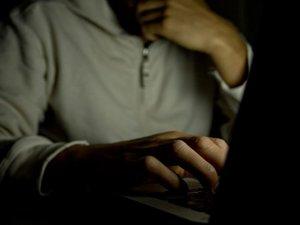 Last Friday came the unpleasant news that Ross Ulbricht, the 31-year-old former operator of the Silk Road site, has been sentenced by a federal court to life in prison without parole. This follows his conviction in February for typically dubious (nowhere in the Constitution) federal crimes including conspiracy, money laundering, and the circular “engaging in a continuing criminal enterprise.”

His sentence, which appears unduly sadistic even by today’s standards, was handed down with a lecture from Judge Katherine B. Forrest:

“[What] is clear is that you were captain of the ship as Dread Pirate Roberts and you made your own law. It was your opus, and you wanted it to be your legacy.” “What you did was unprecedented,” she told Ulbricht, “and in breaking that ground as the first person he had to be punished accordingly.”

"You are no better a person than any other drug dealer."

Too bad he wasn’t sentenced like any other drug dealer.

The central issue in the Ulbricht case, as always, is an evil and unbridled federal government. No human being should be locked away for engaging in (or facilitating) peaceful, voluntary commerce among willing participants. Dark sites like Silk Road, and the cyber payment systems they employ, exist because of state prohibitions on voluntary human conduct. They are natural market reactions to government interference. This cannot be overstated.

But is Ulbricht a commendable libertarian martyr by definition, simply by virtue of falling into the crosshairs of an immoral federal government waging an unjust drug war? Does lamenting his indefensible sentence mean celebrating him and his actions?

The libertarian blogosphere certainly seems to think so. Social media buzzed all weekend with praise for Ulbricht as a brave soul who created a safer alternative to buying drugs off the street. For many libertarians, he is worthy of praise for taking agorism to the next level via technology — for challenging the state head on, and paying the price.

Ulbricht himself is no longer so sure. He exhibits deep regret not only for throwing his young life away, but also for dragging his family through hell. And he apparently no longer shares the same view of maximum freedom that his libertarian champions hold:

“Silk Road was supposed to be about giving people the freedom to make their own choices, to pursue their own happiness,” he said. “I learned from Silk Road that when you give people freedom, you don’t know what they’ll do with it.”

Who can blame him for changing his tune in the end, whether to curry favor with the judge or not? After all, it won’t be his Facebook fans spending the next five or six decades in a supermax federal cell.

Furthermore, there are allegations by federal prosecutors that Ulbricht sought to have several people killed for threatening to disrupt the operation of Silk Road. Now of course we must rush to Ulbricht’s defense here: prosecutors are notorious liars, and undoubtedly they floated the solicitation of murder charge both to discredit him publicly and to deny him bail pending trial. Furthermore, even the most specious allegations often scare the daylights out of suspects and thus help secure plea agreements. So we shouldn’t put much faith into this, especially since the solicitation charges were not merely dropped by prosecutors — they were never brought at all (despite the sentencing judge’s contention that Ulbricht’s unambiguous journal entries prove he paid hit men — his mother thinks the entries are bogus).

It’s tempting to dismiss the simplistic power of the state’s narrative about Ulbricht. But hit men aside, do libertarians really want to create a cause célèbre out of a young man who used his intelligence and talents to sell drugs online? Even without thoroughly understanding his background and personality?

Agorism and its implications, however much they resonate with libertarians, have always been a losing proposition with the general public. The public might rally behind a medical doctor who supplies marijuana illegally to help a sick cancer patient, or an individual suffering with MS who uses a foreign online pharmacy to obtain prescription drugs not approved by the FDA.

But trafficking in “illicit” drugs — drugs used recreationally or by addicts rather than medical patients — is something different altogether. And while attitudes toward marijuana have changed considerably, organs like the DEA remain effective at portraying traffickers as ruthless and sinister criminals.

Unfortunately the Silk Road prosecution will only strengthen dark connections in the public hive mind between internet markets, privacy, cryptocurrencies, and real (i.e. not victimless) criminality. That these connections are mostly unfounded misses the point: the conflation of voluntaryist agorism with libertarianism is not likely to push the public in our direction.

Ulbricht is reputed to have read Rothbard. But Rothbard wrote the definitive contra agorism article way back in 1980, when online markets existed only in sci-fi novels. Engaging in a friendly joust with agorist figurehead Samuel Konkin, Rothbard demonstrated a decidedly negative view of agorism’s value to the libertarian movement:

It is no accident ... that the entire spectrum of the black market movement, from tax rebels to agoric theoreticians, are almost exclusively self-employed. ... Black marketeers might well benefit themselves in the micro sense, but they have no relevance to the “macro” struggle for liberty and against the State. Indeed, in a kind of reverse invisible hand, they might even be counterproductive. It is possible that the Soviet black market, for example, is so productive that it keeps the entire monstrous Soviet regime afloat, and that without it the Soviet system would collapse. This does not mean, of course, that I scorn or oppose black market activities in Russia; it is just to reveal some of the unpleasant features of the real world.

Much as I love the market, I refuse to believe that when I engage in a regular market transaction (e.g., buying a sandwich) or a black-market activity (e.g., driving at 60 miles per hour) I advance one iota nearer the libertarian revolution. The black market is not going to be the path to liberty, and libertarian theoreticians and activists have no function in that market.

In other words, black market entrepreneurs (like all entrepreneurs) will sink or swim without the assistance of libertarian theorists.

Clearly Mr. Ulbricht is the victim of shocking injustice. But his story serves as a cautionary tale about the priorities of those who seek a freer society. We should celebrate men and women of good character who wake up every day and provide us with value — whether economic, familial, social, civil, or religious. These are true libertarian heroes, individuals who go around, under, over, or through the state and its clutches in their everyday lives. It is not always the swashbuckling anti-hero, but often the quiet, sober, staid, bourgeois businessman who deserves praise for sustaining us.