The Rejection of Economics 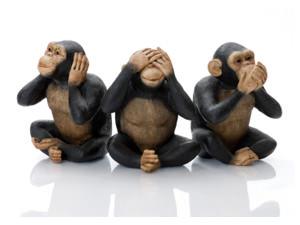 [Excerpted from chapter 10 of Theory and History.]

As historicism sees it, the essential error of economics consists in its assumption that man is invariably egoistic and aims exclusively at material well-being.

According to Gunnar Myrdal, economics asserts that human actions are "solely motivated by economic interests" and considers as economic interests "the desire for higher incomes and lower prices and, in addition, perhaps stability of earnings and employment, reasonable time for leisure and an environment conducive to its satisfactory use, good working conditions, etc." This, he says, is an error. One does not completely account for human motivations by simply registering economic interests. What really determines human conduct is not interests alone but attitudes. "Attitude means the emotive disposition of an individual or a group to respond in certain ways to actual or potential situations." There are "fortunately many people whose attitudes are not identical with their interests."1

Now, the assertion that economics ever maintained that men are solely motivated by the striving after higher incomes and lower prices is false. Because of their failure to disentangle the apparent paradox of the use-value concept, the classical economists and their epigones were prevented from providing a satisfactory interpretation of the conduct of the consumers. They virtually dealt only with the conduct of the businessmen who serve the consumers and for whom the valuations of their customers are the ultimate standard.

When they referred to the principle of buying on the cheapest market and selling on the dearest market, they were trying to interpret the actions of the businessman in his capacity as a purveyor of the buyers, not in his capacity as a consumer and spender of his own income. They did not enter into an analysis of the motives prompting the individual consumers to buy and to consume. So they did not investigate whether individuals try only to fill their bellies or whether they also spend for other purposes, e.g., to perform what they consider to be their ethical and religious duties. When they distinguished between purely economic motives and other motives, the classical economists referred only to the acquisitive side of human behavior. They never thought of denying that men are also driven by other motives.

The approach of classical economics appears highly unsatisfactory from the point of view of modern subjective economics. Modern economics rejects as entirely fallacious also the argument advanced for the epistemological justification of the Classical methods by their last followers, especially John Stuart Mill. According to this lame apology, pure economics deals only with the "economic" aspect of the operations of mankind, only with the phenomena of the production of wealth "as far as those phenomena are not modified by the pursuit of any other object." But, says Mill, in order to deal adequately with reality "the didactic writer on the subject will naturally combine in his exposition, with the truth of pure science, as many of the practical modifications as will, in his estimation, be most conducive to the usefulness of his work."2 This certainly explodes Mr. Myrdal's assertion, so far as classical economics is concerned.

Modern economics traces all human actions back to the value judgments of individuals. It never was so foolish, as Myrdal charges, as to believe that all that people are after is higher incomes and lower prices. Against this unjustified criticism which has been repeated a hundred times, Böhm-Bawerk already in his first contribution to the theory of value, and then later again and again, explicitly emphasized that the term "well-being" (Wohlfahrtszwecke) as he uses it in the exposition of the theory of value does not refer only to concerns commonly called egoistic but comprehends everything that appears to an individual as desirable and worthy of being aimed at (erstrebenswert).3

In acting, man prefers some things to other things and chooses between various modes of conduct. The result of the mental process that makes a man prefer one thing to another thing is called a judgment of value. In speaking of value and valuations economics refers to such judgments of value, whatever their content may be. It is irrelevant for economics, up to now the best developed part of praxeology, whether an individual aims like a member of a labor union at higher wages or like a saint at the best performance of religious duties. The "institutional" fact that most people are eager to get more tangible goods is a datum of economic history, not a theorem of economics.

All brands of historicism — the German and the British historical schools of the social sciences, American institutionalism, the adepts of Sismondi, Le Play, and Veblen, and many kindred "unorthodox" sects — emphatically reject economics. But their writings are full of inferences drawn from general propositions about the effects of various modes of acting. It is, of course, impossible to deal with any "institutional" or historical problem without referring to such general propositions. Every historical report, no matter whether its theme is the conditions and events of a remote past or those of yesterday, is inevitably based on a definite kind of economic theory. The historicists do not eliminate economic reasoning from their treatises. While rejecting an economic doctrine they do not like, they resort in dealing with events to fallacious doctrines long since refuted by the economists.

The theorems of economics, say the historicists, are void because they are the product of a priori reasoning. Only historical experience can lead to realistic economics. They fail to see that historical experience is always the experience of complex phenomena, of the joint effects brought about by the operation of a multiplicity of elements. Such historical experience does not give the observer facts in the sense in which the natural sciences apply this term to the results obtained in laboratory experiments. (People who call their offices, studies, and libraries "laboratories" for research in economics, statistics, or the social sciences are hopelessly muddle-headed.) Historical facts need to be interpreted on the ground of previously available theorems. They do not comment upon themselves.

The antagonism between economics and historicism does not concern the historical facts. It concerns the interpretation of the facts. In investigating and narrating facts a scholar may provide a valuable contribution to history, but he does not contribute to the increase and perfection of economic knowledge.

Let us once more refer to the often-repeated proposition that what the economists call economic laws are merely principles governing conditions under capitalism and of no avail for a differently organized society, especially not for the coming socialist management of affairs. As these critics see it, it is only the capitalists with their acquisitiveness who bother about costs and about profit. Once production for use has been substituted for production for profit, the categories of cost and profit will become meaningless. The primary error of economics consists in considering these and other categories as eternal principles determining action under any kind of institutional conditions.

However, cost is an element in any kind of human action, whatever the particular features of the individual case may be. Cost is the value of those things the actor renounces in order to attain what he wants to attain; it is the value he attaches to the most urgently desired satisfaction among those satisfactions which he cannot have because he preferred another to it. It is the price paid for a thing. If a young man says: "This examination cost me a week end with friends in the country," he means: "If I had not chosen to prepare for my examination, I would have spent this week end with friends in the country." Things it costs no sacrifice to attain are not economic goods but free goods and as such no objects of any action. Economics does not deal with them. Man does not have to choose between them and other satisfactions.

Profit is the difference between the higher value of the good obtained and the lower value of the good sacrificed for its obtainment. If the action, due to bungling, error, an unanticipated change in conditions, or to other circumstances, results in obtaining something to which the actor attaches a lower value than to the price paid, the action generates a loss. Since action invariably aims to substitute a state of affairs which the actor considers as more satisfactory for a state which he considers less satisfactory, action always aims at profit and never at loss.