GET NEWS AND ARTICLES IN YOUR INBOXPrint
A
A
Home | Mises Library | Prop. 19 Goes up in Smoke 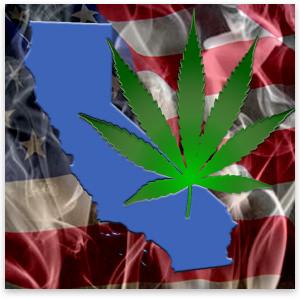 [Watch the interview with Mark Thornton on Prop. 19. An MP3 audio file of this article, narrated by the author, is available for download.]

Proposition 19 in California would have legalized marijuana, but it fell short. Victory seemed almost a foregone conclusion for many; after all, it is California. For millions, both in California and across the country, news of Prop. 19's failure came as a major disappointment. However, it should be considered a great victory for such a radical measure to get 46 percent of the vote in open defiance of federal law, especially considering the intense opposition. Plans are already in the works to put the initiative back on the ballot for the 2012 election, which is expected to have higher turnout from young people. But in order for the ballot initiative to succeed, we must first understand why it failed.

In order to understand the depth and strength of the opposition, it is necessary to understand what Prop. 19 is really about. This legislation would be in open opposition to federal law as well as to a United Nations treaty that supports the drug war. It would be a law passed by the people, not the legislature. Most importantly, it would demonstrate that in the absence of marijuana prohibition, society can survive and thrive.

This example would give other states the idea that they could also effectively repeal marijuana prohibition. It might even create a national effort to repeal marijuana prohibition. It might even give people the idea to repeal other silly and harmful federal laws. This would open a can of worms for federal authority and bring back the idea of a people's nullification.

Bruce Yandle created the "bootleggers and Baptists" model of politics to describe how special-interest groups who normally oppose each other work for a common goal. With alcohol prohibition, Baptist preachers teamed up with bootleggers and moonshiners to make and keep alcohol illegal. Today we see the shared interests of environmental groups and established oil companies, who both want drilling restricted.

Those opposing Prop. 19 included everyone from marijuana dealers to megachurch preachers. All the powerful politicians, candidates, pot smokers, and even the California Beer and Beverage Distributors Association joined the team. The ancient proverb "the enemy of my enemy is my friend" perfectly describes the relationship of these seemingly unlikely bedfellows.

In an attempt to dishearten supporters of Prop. 19, US attorney general Eric Holder issued a statement that he would vigorously enforce federal law in California even if Prop. 19 passed. In a similar vein, Governor Arnold Schwarzenegger signed a bill making possession of small amounts of marijuana a minor violation punishable by a maximum fine of $100. This was a last-ditch effort to undermine support for Prop. 19 by giving the impression that marijuana was de facto a legal drug.

Even Mexican president Felipe Calderon and Colombia's Juan Manuel Santos vocally opposed Prop. 19 — not surprisingly, given that Mexico and Columbia receive a great deal of money from the United States to fight the War on Drugs, and both countries generate substantial incomes from the sale of illegal drugs. Legal pot in California would have been a big blow to both marijuana and cocaine sales from south of the border.

There is good evidence that those who currently grow and sell illegal marijuana opposed Prop. 19. The "Emerald Triangle," consisting of Humboldt, Mendocino, and Trinity Counties, is the major marijuana-growing region in Northern California. According to Mother Jones, those three counties voted to defeat Prop. 19:

"There's a large movement up here of people who realize that their self interest lies in keeping marijuana illegal," says Hank Sims, the editor of the North Coast Journal, based in the Humboldt town of Eureka. Growers in the Emerald Triangle's rugged hills and foggy redwood groves are shielded from the snooping eyes of the DEA, but that advantage would become a handicap if pot could be openly cultivated in California's warm, flat, agribusiness-dominated Central Valley. North Coast ganja growers "have got government-sponsored price control in the form of busts," Sims explains. "So I think a lot of people kind of cynically voted their pocketbook and voted to keep it illegal."

There was even a group called "Stoners against Legalization," but it turns out that it was headed up by a drug-law attorney who would have lost a great deal of her business had Prop. 19 passed. Likewise, medical marijuana shops have come out against Prop. 19 on the ludicrous notion that legalization would reduce patient access to marijuana.

Segueing from bootleggers to Baptists, we find this headline from the East Bay Express: Stoners against Legalization Team Up with Ex-Crackhead Priest. Of course, the priest was joined by fundamentalist Christians as well. The East Bay Express reports,

Backed by the California Beer and Beverage Distributors, no on 19 group "Public Safety First" employed the powerful Christian fundamentalist organization Vision to America. [T]he anti-gay rights group asked its hundreds of thousands of believers nationwide to "help us get the word out about our campaign to defeat legalized recreational marijuana in schools."

The California Beer and Beverage Distributors, who would be hurt by lower marijuana prices, teamed up with church-based Vision to America — talk about bootleggers and Baptists in action — to raise money, run advertisements, and mislead the public debate. They claimed that Prop. 19 would lead to allowing truck drivers, nurses, and students to get high before driving, nursing, and going to school. The Chamber of Commerce also aired some blatantly misleading advertisements.

The truth, of course, is that students, nurses, and truck drivers can be prevented from getting high before showing up, just as they are prevented from getting drunk. The truth is that businesses can prevent customers and employees from smoking pot on their property, and insurance companies would not go along with businesses that let their employees get high and operate heavy machinery or fly planes. In fact, marijuana is safer than alcohol and is probably only the 10th-most-problematic recreational drug.

Given the powerful forces opposing Prop. 19 — along with their lies and trickery — the forces of liberty and prosperity should not be disheartened by this initial defeat. We now have a copy of their playbook — politicians, pot growers, and medical-marijuana dealers oppose legalization, while Christian organizations, beer distributors, and drug lawyers spread lies to protect their self-interests.