Prohibition Caused the Greatness of Gatsby 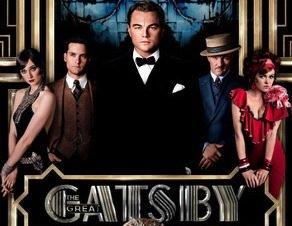 [Mark Thornton is available for interviews. Send him email.]

The new adaptation of F. Scott Fitzgerald’s The Great Gatsby is a good movie, but it is no indictment against capitalism, as some may contend. It is rather an implicit condemnation of government prohibition.

When I read the book in high school I did not like it. I found it hard to read, not because it was overly complicated or poorly done, but because of the subject matter. The book (as well as the movie) dwells on decadence, licentiousness, promiscuity, and recklessness, or what was called “luxury” in the old days. I have an aversion to all that, and there was only so much I could take.

There is an important difference between wealth and luxury (in the modern sense) on one hand and the type of riotous over-the-top behavior on display in movies like The Great Gatsby, Moulin Rouge!, and Leaving Las Vegas.

Having written my dissertation on the economics of prohibition, I now understand the value of The Great Gatsby much better. The decadence on display serves, not merely as titillation for the reader/viewer, but as an object lesson in the evils of prohibition.

The whole plot is intimately tied to the prohibition of alcohol accomplished by the18th Amendment to the Constitution. In particular, many aspects of the plot are driven by the black market that developed in the 1920s.

Prohibition made alcohol illegal, but it did not eliminate it. Illegal producers known as moonshiners sold their illegal product to illegal distributors known as bootleggers, who in turn sold it to illegal retail establishments known as speakeasies. Everything had to be secretive. The process was overseen by organized crime syndicates and street gangs who paid bribes to corrupt politicians and law enforcement. Respect for the law sank to an all-time low.

In the world of this black market, property rights were protected with machine guns rather than judges and juries. The stigma against young women drinking in bars at night was displaced by the allure of an exciting night out on the town drinking and listening to jazz. Instead of these profits going to competing entrepreneurs, the money was going into the pockets of thugs and wannabes. Social order was replaced by chaos. This cultural decay was the ironic fruit of the puritanically-motived prohibition movement.

The central character of the story is Jay Gatsby. Gatsby comes from a dirt-poor family and is a big dreamer, as well as a big risk taker. He keeps his past shrouded in a web of lies and half-truths as he sets out to remake himself into a person of wealth and prominence. This is the ideal personality for making it big in black markets.

The mysterious Jay Gatsby indeed does become “filthy” rich by selling illegal booze. During Prohibition doctors could prescribe “medicinal liquor” for their patients for literally dozens of ailments, including alcoholism. Gatsby sees this as an opportunity and establishes a chain of drugstores with the help of organized crime and corrupt politicians.

Alcohol has been an effective remedy for treating a variety of medical problems throughout the centuries. During Prohibition, doctors were paid well for writing the prescriptions and drug stores were also very well compensated for selling “medicinal alcohol.” I could not find records of how many prescriptions were written, but the one I have framed in my office is number E362545 which was issued on 8/13/31 and cancelled in 1932. Here is an image of a prescription from Wikipedia. 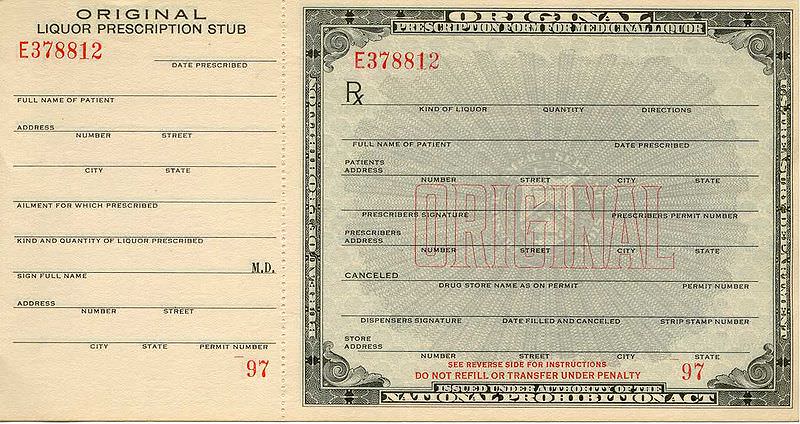 This was the heyday for pharmacies. The Walgreen’s chain of drugstores started in the 1920s with 20 stores in the Chicago area, but ended the decade with over 500. I have to believe that it was not so much their great milkshakes, but the pints of Old Grand Dad that they were able to sell at high prices that contributed to its success.

The thing about legal outlets for otherwise illegal products is that there tends to be “diversion.” In other words, a drug store that can legally acquire and sell alcohol can also sell their products illegally to speakeasies which would then resell the alcohol to their customers by the drink. This was clearly happening with Gatsby’s drug stores.

Prior to prohibition most Americans were accustomed to drinking their whiskey “straight” or with water. However, much of the moonshine and bathtub gin that was produced during Prohibition was of high potency, but poor quality. The diverted whiskey, during the Roaring 20s, would therefore have fetched high prices making enormous profits for drug store owners like Gatsby.

To deal with the high potency, bad taste, and sometimes bad smells, the speakeasies experimented with “cocktails,” which combined alcohol with juices, dairy products, and food items. As a result, thousands of different cocktails were invented as the speakeasies competed against one another for the customer’s money.

The Age of the Cocktail might be the only silver lining to come from Prohibition, other than Fitzgerald’s The Great Gatsby—a testament to how twisted society can become, and how the Jay Gatsbys of the world can reach the stars, with the help of government prohibition.