GET NEWS AND ARTICLES IN YOUR INBOXPrint
A
A
Home | Mises Library | Profits vs Society: Must We Choose?

Profits vs Society: Must We Choose? 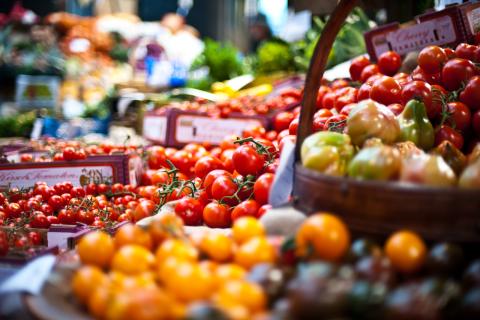 When today's clergymen expound on issues of political economy we are often given a stark choice. Will we allow companies to selfishly pursue profits or will they recognize a wider social mission? Will workers be paid the barely subsistent market wage or will they be paid a more Christian "living wage"? Even conservative Christian voices now tell us that we must choose between a rigid market orthodoxy and "compassionate conservatism". For those of us who understand economics, it sounds like we must choose between being heartless and a vain attempt to suspend the universal laws of economics.

The Scholastics not only rejected widespread common ownership of goods (socialism) as unworkable but also noted its effect on virtue, "Soto wrote that in a context of commonly owned goods, the virtue of liberality would disappear, since 'those who own nothing cannot be liberal.'" (p. 34) Private property, then, is an important enabling condition for the practice of a number of virtues, "The virtues of charity, liberality, hospitality and generosity would all become impossible in a world without private property." (p. 36)

In a beautiful passage, Tomas de Mercado even connects property to the greatest of Christian virtues:

[common ownership is counterproductive] because people love most those things that belong to them. If I love God, it is my God, Creator and Savior whom I love. If I love him who engendered me, it is my father whom I love. If a father loves his children, it is because they are his. If a wife loves her husband it is because he belongs to her and vice versa. . . . And if I love a friend it is my friend or my parent or my neighbor. If I desire the common good, it is for the benefit of my religion or my country or my republic. Love always involves the word mine, and the concept of property is basic to love's nature and essence. (p. 34)

To those who objected that private property did not resolve all the evils in society, Domingo de Soto responded with solid nonutopian common sense, "[Soto] further stated that 'there is no law which can prevent men from using their freedom in disorderly fashion.' Although the institution of private property promotes peace and equality, it cannot guarantee the abolition of evil." (p. 34)

A common question put to advocates of private property is some variation of the "emergency" situation, in which someone's life or liberty seems to hang on violating property rights. A typically contrived example is this: You accidentally fall off a high building but catch a hold of someone's flag pole. . . . Can they require you to let go of their private property? The point of such questions usually seems to be to use an edge case to throw the whole principle of private property into doubt. In a section new to this edition of Chafuen's book, Chafuen summarizes the Scholastic principle of "extreme need" that addresses these kinds of cases.

Distinguishing between ownership (dominium) and use, the Scholastics argued that, "Even in case of necessity, when individual property might be lawfully seized—in the name of another's hunger or of the common good—yet the owner's right to property remained and endured." (p. 42) Is this a meaningless distinction? Not at all. Though a person in extreme need might ethically make use of someone else's property they ought not to simply steal it. Martin de Azpilcueta wrote that he "who takes something in extreme need, is obliged to make restitution when he has a chance; independently if he has goods in another place or not, and even if he had or had not consumed the goods." (p. 44)

This is not a license to fleece the rich either. "That the rich have an obligation to give to the poor in grave need and that the latter cannot take these goods by themselves, can be understood because it is an obligation of charity—not of justice, and the poor cannot be the judges of those cases." (p. 43)

For those who find even this exception to property rights dangerous, Chafuen defends the Scholastic view in this way, "God created visible goods so that humans can live by their use; the division of goods can never abolish this first destiny of material goods. Rights to life and liberty are, in a sense, superior to property rights. . . . In extreme cases when these rights seem to be in contradiction, life and liberty should prevail. . . . The person who benefited from these goods has the obligation to restitute, which proves that it is not the domain but the use that changes hands." (p. 45)

Due to their understanding of the importance of a freely functioning price system, the Scholastics did not have today's typical reaction to high prices charged in extreme situations, "the Medieval Schoolmen declared that it was legitimate to charge a high price for bread in times of universal famine or to ask a very high price for medicine in times of universal plague." (p. 87) And, "Cajetan stated categorically that merchants 'do not have to serve our comfort for free.'" (p. 88)

The Scholastics were not unsympathetic to the lot of the poor in extreme situations, they simply understood enough economics to know that price ceilings and other interventions only made things worse, "If justice and equity require a price increase that will, incidentally, hurt the poor, their interests must be protected by other means: 'They must be helped with alms rather than with sales [meaning maximum prices].'" (p. 88, quoting Molina) And, "in times of scarcity and hunger, the poor can rarely buy the wheat at the official [below market] price. On the contrary, the only ones who can buy at that price are the powerful and the public ministers [public servants], because the owner of the wheat cannot resist their requests." (p. 88)

In stark contrast to much economic reasoning today, the merchant was recognized by the Scholastics as having rights as well, "Molina added that the cost of what the republic demands for the common good must be borne collectively by all citizens. 'And it would be unjust to place the burden upon the owners of the wheat only.'" (p. 88)

The Scholastics grounded their understanding of value in subjective estimation, so they would have little patience for the arguments now used to justify "eminent domain" takings:

...so long as they make someone sell his property by force, it does not matter if they give him a price ten times higher than its value [current price], they are not giving him its value... The same happens in the buying process if they force someone to buy something he does not want although they give him the object for ten times less than its value." (p. 90, Albornoz)

Just as the classical economists, the Scholastics understood monopoly as primarily a product of government privilege and they saw this as an abuse, "In the field of economic ethics, Molina reasoned that the king or the republic that grants privileges in a way that harms its subjects is committing a mortal sin, as are those who ask for such privileges or make use of them." (p. 94)

If Molina's ethical analysis is correct then there will certainly have to be a special circle in Hell for lobbyists.

The Scholastics rejected the "living wage" idea long before it was called that, "the owner is only obliged to pay him the just wage for his services... not what is sufficient for his sustenance and much less for the maintenance of his children and family." (Pp. 106–7)

This insistence on the justice of freely negotiated wages derived from the Scholastic understanding that a wage is a price for labor just like rent is a price for housing. Therefore, the just prices for labor are determined through the free interplay of market exchanges just as other prices are. "de Soto stipulated that 'if they freely accepted this salary for their job, it must be just.'... de Soto advised them, 'If you do not want to serve for that salary, leave!'" (p. 107)

Again, the Scholastics did not lack concern for those in unfortunate circumstances, they simply understood that attempts to suspend the functioning of the price system would not help and would indeed hurt one of the great hopes for all workers:

The protection of private property, the promotion of trade, the encouragement of commerce, the reduction of superfluous government spending and taxes, and a policy of sound money were all destined to improve the condition of the workers. They recommended private charity as a way to alleviate the sufferings of those who could not work. According to the Late Scholastics, and in agreement with the Holy Scriptures, the rich are under obligation to help the poor. . . . Among the solutions proposed by the Scholastics, we can find recommendations to feed the poor instead of feeding dogs and to give to the needy instead of buying luxury goods. (p. 110)

The Schoolmen recognized the Biblical teaching that having profits (or any other earthly goal) as an ultimate or final goal made that goal an idol, incorrectly placed above the Lord. But Thomas Aquinas recognized that "profits are an appropriate immediate goal for business". Saint Antonio put it this way, "As every agent acts to attain an end, the man who works in agriculture, in wool, in industrial, and other similar activities, the immediate end he pursues is gain and profit." Aquinas mentioned some of the good motives that justify a pursuit of profit, like providing for your family, helping the poor, being compensated for your work and filling an essential need. (p. 115)

The Scholastics demonstrated that a concern for the poor and for mercy on the unfortunate does not require spurning the market. In fact, it was these very concerns that led them to study carefully the nature of property and market exchange. They found that the market is a powerful institution for improving the lot of the common worker and respect for private property provides opportunities for charity. They had nothing but contempt for those who used government privilege to violently interfere with the market for their personal gain.

One can only hope that the clergymen of today will cease their war on the market and learn that compassion is made more effective when grounded in economic truth.