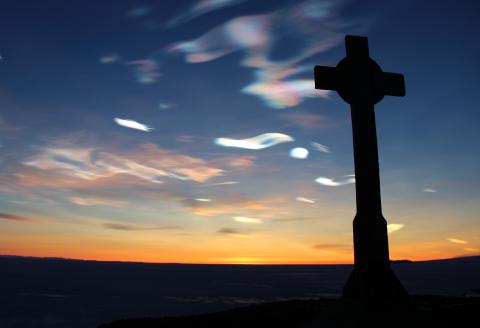 Some of my Christian friends are suspicious of my interest in economics. They see economics as a product of Enlightenment rationalism, along with deism, atheism, the chaos of the French Revolution and other un-Christian aspects of the modern age.

So I am greatly pleased to be able to direct them to the just reissued edition of Alejandro A. Chafuen's Faith and Liberty: The Economic Thought of the Late Scholastics, (formerly titled "Christians for Freedom").  This short book deals exclusively with the pre-Enlightenment Scholastics, who were primarily members of religious orders in Spain.  These men built on the work of Thomas Aquinas from after his death in the late 13th century up to the mid 17th century.

Those of us who know some economics are used to wincing when the typical clergyman makes a pronouncement on political economy.  (To be fair, historians, philosophers, politicians and journalists tend to be just as self-confidently inept).  So it comes as a bit of a shock to read these religious figures, avowedly concerned first and foremost with justice and Biblical standards, and find that not only are they economically literate but that in many cases their economic theory was far more advanced than many professional economists who came after them.

In fact, they cannot be fairly considered by economists as "only moralists".  Their brilliant economic analysis earns them a place as founders of economics.  One might be tempted to call them the true "Adam Smiths" except that their economic analysis was superior to the confused Adam Smith of The Wealth of Nations.

The Scholastics saw the benefit of private property.  Tomas de Mercado wrote in 1571, "We can see that privately owned property flourishes, while city- and council-owned property suffers from inadequate care and worse management. . . . If universal love won't induce people to take care of things, private interest will" (pp. 34–5).

Domingo de Banez cited two major benefits from the division into private property, "We know that the fields are not going to be efficiently tilled in common ownership and that there will not be peace in the republic, so we see that it is convenient to undertake the division of goods" (p. 37).  Noting the case in Genesis 13 where dividing land between Abraham and Lot ended a quarrel, Leonardo Lessio argued that private property encouraged peace between men (p. 37).

Father Bede James, in his analysis of the Schoolmen's theories of private property concludes that for them, "the right to property was an absolute right that no circumstances could ever invalidate" (p. 42). (I will discuss in a subsequent article how they nevertheless saw limits to the exercise of this absolute right).

Juan de Mariana also saw the beneficial results of exchange of property.  "If the exchange of goods were abolished, society would be impossible. . . . Scarcity can be overcome through mutual exchange of those items owned in abundance by one party or the other" (p. 35).

"Taxes are commonly a calamity for the people and a nightmare for the government.  For the former they are always excessive; for the latter they are never enough, never too much." -Juan de Mariana (1535–1624)

The Scholastics' analysis of the fruitfulness of the exchange economy led them to be harsh critics of profligate public finance.  Diego de Saavedra Fajardo recommended that budgets should be balanced by cutting spending because "power is mad and has to be restrained by economic prudence."

Discarding the notion that abundance of currency denotes wealth, Navarrete defined a rich province as a productive one.  He stated that productivity is hampered when producers have to pay high taxes and cope with rampant inflation. . . . 'The origin of poverty is high taxes. . . . As king Teodorico said, the only agreeable country is one where no man is afraid of tax collectors.' (p. 54)

Mariana indicates the attitude of the Scholastics towards inflation as a method of public finance when he describes a desperate ruler looking for unusual means to pay his expenses:

It is not rare for the iniquitous and equally useless suggestion of altering the value of money to be whispered in the king's ear. . . . Such means, considered from every perspective, are and always will be plunder. . . . If money has come to be a general medium of exchange, it is precisely because of its stability of value, subject to only a few oscillations in times of great crisis.  (p. 56)

"Saavedra Fajardo also recommended that the prince refrain from altering the value of money.  Coins are like young girls, he said.  It is an offense to touch them" (p. 68).

De Soto, like his Spanish colleagues, explained the nature and origin of money in Aristotelian terms and observed that 'the construction of a house cannot be estimated in terms of shoes, socks or other manufactured goods'.  Calculation is impossible without money (a unit of measurement).  Although de Soto said that money could be made of many different materials, he preferred gold coins. (p. 61)

This amazing insight into the essential role of money as a means for rational economic calculation (a point we now associate with Mises) was not the end of the Scholastics' insight into this central aspect of a market economy.  Chafuen notes that "Martin de Azpilcueta provided what many authors consider to be the first formulation of the quantity theory of money: 'money is worth more where and when it is scarce than where and when it is abundant'" (p. 62).

As noted previously, the Scholastics seemed to share little of the magical thinking of so many modern economists about inflation, "Mariana saw currency debasement as a form of taxation" (p. 63).

The Scholastics were strong in their support of free trade.  Teofilo Urdanoz stated "that no one has realized, at least up to now, that Vitoria's vision of the right to free communication and unrestricted foreign relations represents an explicit advance of the principles of economic neoliberalism and worldwide free market" (p. 74).

Bartolome de Albornoz spoke movingly in praise of the exchange of goods with foreign merchants:

It is more immutable, and less subject to variations and alterations than other parts of civil law... Buying and selling is the nerve of human life that sustains the universe.  By means of buying and selling the world is united, joining distant lands and nations, people of different languages, laws and ways of life.  If it were not for these contracts, some would lack the goods that others have in abundance and they would not be able to share the goods that they have in excess with those countries where they are scarce. (p. 75)

"The Scholastic definition of just price was the price determined or established by common estimation in the market"  (p. 82).

Though they believed in an objective value based on natural order, (in which animate creatures, like roaches, are higher than inanimate things, like gold), they recognized that there was another scale of value based on utility, what we would now call subjective value.  They saw that prices were related to subjective value not objective value and were affected by scarcity.  "Saint Bernardino's explanation of the influence of scarcity on prices resolves the paradox of value: 'Water is usually cheap where it is abundant.  But it can happen that, on a mountain or in another place, water is scarce, not abundant.  It may well happen that water is more highly esteemed than gold, because gold is more abundant in this place than water.'"  (p. 81)

Based on their insightful price theory, the Scholastics had an acute analysis of profits.  They argued that profits come from "buying and selling at just prices" and that "If it is legal to lose, it must be legal to win"  (p. 113).

Therefore, since businessmen keep their profits when they sell at a gain, "when they suffer a loss, they must not transfer it to the buyers [consumers] or to the republic" (Juan de Medina).  One can imagine what they would have thought of farm subsidies, "infant industry" protection, bailouts, etc.  Mariana wrote that "Those who, for seeing the demise of their business, cling to the magistrates [authority] as a shipwrecked person to a rock and attempt to alleviate their difficulties at the cost of the State are the most pernicious of men.  All of them must be rejected and avoided with extreme care."

Chafuen's excellent book contains many more examples of the sophistication of Scholastic economic analysis.  In a subsequent article, I will describe how the Scholastics' public policy recommendations and ethical teachings integrated their understanding of the market.  It is probably too much to ask that the clergy of today be as sophisticated as the Scholastic economic analysts, but at least Chafuen gives me the ammunition to answer my Christian friends who are suspicious of economics.  In being ignorant of economics, they are not only ignoring a great secular science but our own Christian heritage.