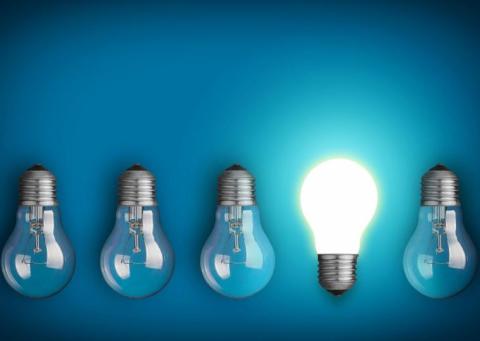 Modern high-tech markets have characteristics which may give Hayek’s contribution to antitrust law a new meaning. As of today, antitrust authorities do not fully consider all aspects of “innovation” because they do not give dynamic efficiencies the place they should. For instance, the fact that disruptive technologies could emerge at anytime is not integrated in most antitrust analyses, which tend to confirm that these authorities are still running, at least in part, on the model of perfect competition.

High-tech markets consistently demonstrate unstable equilibrium and this should lead antitrust authorities to give a lesser importance to the concept of “network effects” which imply that a product with a large market share may have an insurmountable advantage over competing products. The possibility of the emergence of new products and innovations that constantly reshape the marketplace show us that barriers to entering an existing market are not the main issue since new technologies often create a new market. As a consequence, and as recent history undoubtedly shows us, market shares move faster and most so-called natural monopolies — those created without public intervention — disappeared as soon as they appeared. In other words, these markets better resemble Hayek’s spontaneous order than any perfect competition model.

Antitrust authorities have already been forced by new realities to take this into consideration. For instance, in the Microsoft anti-trust case, the Department of Justice recognized the temporary nature of domination in high-tech markets. American and European courts have also done so in several cases since then. The European Commission, in its Microsoft/Skype merger decision of 2011, addressed the fact that “market shares only provide a limited indication of competitive strength in the consumer communications services markets" and other “dynamic markets.” And recently, European Commissioner for Competition Margrethe Vestager underlined that Google operates in “fast moving markets.” Yet, regulators continue to place a tremendous emphasis on the barriers to enter a market because of the existence of “network effects,” as American and European legal experts did at the time of the Microsoft case.

Instead of aiming at preserving a specific structure of the market regulators should be seeking to get out of the way of new technology breakthroughs. Yet, antitrust authorities often favor “sustaining innovations” over new disruptive ones. For instance, when the European Commission ruled that Microsoft must ensure that its products were broadly compatible with other products in the market, the Commission was simply seeking to sustain the current market that exists rather than facilitating the creation of new markets and new products.

Nevertheless, the anti-trust regulators remain focused on “switching costs,” “lock-in,” and “barriers to entry,” and continue to put emphasis on the old concept of “market shares” while the market is making such concepts less relevant by constantly changing the rules of the game.

As Hayek shows us, it is the dynamic emergence of new products and new markets that create true competition and prevent the creation of effective monopolies in an unhampered marketplace. Obviously, the perfect competition model has little to tell us about how these real-world markets work. Regulators would do well to acknowledge all of the consequences related to the relinquishment of the perfect competition model. If they did, it would shift how companies are competing with each other because regulations and court decisions have often shaped companies’ behaviors and strategies. Entrepreneurship would then be enhanced and high-tech markets would be more competitive and innovative than ever.

[This article is adapted from “Friedrich Hayek's Contribution to Antitrust Law and Its Modern Application,” ICC Global Antitrust Review (2014): 199–216.]