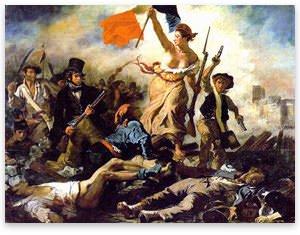 Entrepreneurship is a building block for economic development. Individuals who invest and invent are instilled with a passion to create wealth. The integral role played by entrepreneurship in economic and human development is almost universally accepted. The main point of contention is in pinpointing the source of the incentive to invest.

Is the drive to devote time and capital into an investment a natural phenomenon within the human race? Or does it need to be harnessed and inspired by some higher authority, such as government? If the latter is true, then without the state, humankind is forever condemned to stagnation.

Although these questions may seem bizarre, there are intellectuals who believe that passion and entrepreneurship rely on the guidance of the state. In an article titled "Bringing the World out of Denial: The Power of Passion, the Fallacy of Fear," James Cusumano appeals to government as a means of avoiding the pitfalls of human fallibility. He even goes as far as to praise government-spending programs, such as NASA, as methods of adding wealth to economies.[1] Without the state, he believes, human passion will never be provoked to bring about great advances in human society.

World-renowned Harvard biologist, E.O. Wilson thinks that human beings may be hardwired to avoid worrying about future generations. He points out that, "For hundreds of millennia, those who worked for the short-term gain within a small circle of relatives and friends lived longer and left more offspring — even when their collective striving caused their children and empires to crumble around them."

In my opinion, there is only one force that can erase this self-protecting, laissez faire attitude toward critical global challenges, or any critical change for that matter: the energy of unbridled passion.

He makes a clear distinction between laissez-faire and factors that channel the "energy of unbridled passion." Further along in the article, Cusumano explains how this unbridled passion is brought about:

People must perceive and believe deep down that they are part of a team that will change the world for the better. That is the magic. It has been done before quite successfully. U.S. President John F. Kennedy galvanized Americans after the successful launch of the Soviet's Sputnik satellite. He roused their passion with his personal commitment to what some saw as a daunting goal: "We must and we will put a man on the moon in less than one decade." And we did. NASA was formed, which not only achieved this goal, but also spawned numerous new technologies and companies, ultimately creating millions of jobs and stimulating the world economy with trillions of dollars of GDP.

For James Cusumano, it is clear that individuals require an exogenous source of motivation. Furthermore, these motivations must revolve around tangible, utilitarian objectives. Great minds — like Gandhi and Edison — work toward long-term, long-reaching developments for the purpose of a greater good.

To his credit, Cusumano addresses another factor behind passion:

Let them play a role in developing the strategic plan. This creates ownership and commitment.

Cusumano hits here on the concept of ownership. Taking it to the next logical step, what Cusumano ought to be referring to is the concept of private property.

Passion and entrepreneurship are innate in the human mind. They are products, not of outside motivation, but of internal ratiocination — the drive to maximize utility. This is the driving wheel of economic and societal development. Since an individual can only excel by bartering with his neighbors, the individual's developments must be able to satisfy his neighbors' wants and needs. This is what ultimately gives the impression that progress is done for the greater good. The emphasis should be placed on utilitarian outcomes rather than utilitarian motives.

Entrepreneurship is the act of an individual investing time, capital, and passion into fulfilling an idea. The overarching motivation is to reap the maximum gain at the lowest relative loss — to maximize one's own utility. What defines a gain and a loss is ultimately based on the subjective preferences of the individual.

An individual could very well be working toward what he considers utilitarian ends, and thus the benefits he earns from his endeavors revolve around the satisfaction of his need to fulfill "the greater good." Those "utilitarian" objectives are in fact selfish in nature, as the satisfaction he is really fulfilling is his own.

The passion an individual allots to any particular action is dependent on how important the objective is to the individual. Two students striving to graduate from their university may not invest the same amount of passion. The importance of an objective is also a subjective evaluation.

James Cusumano's utilitarian argument ignores the subjectivity and necessary selfishness behind every individual action taken. Did Bill Gates, for example, found Microsoft to provide for "the greater good," or for his own self-interest? Yet Microsoft has made the consumer wealthier, because its products are cheaper and of far greater quality than those of its predecessors.[2]

Furthermore, successful investments ultimately result in a net creation of wealth, which is beneficial to future generations. Entrepreneurship is future oriented, and thus one cannot accuse it of sacrificing future generations for the present one.

The Role of the State

Can the government guarantee the maximization of utility in the utilitarian sense by distributing capital? Should the government give capital to entrepreneurs who lack their own?

In order to spend, the state must tax. It follows that all expenditures necessarily come out of the private sector. If we assume all government expenditure to be honest and virtuous in nature, it still remains true that in order to make this expenditure the state must infringe on private-property rights by taxation in order to pay for the spending. We can thus establish that, at its best, government spending is analogous to taking money from one pocket and putting it in the other.

But taxation also discourages entrepreneurship and investment. It necessarily decreases the foreseen marginal utility of any individual action. So, in reality, state expenditure leads to a net loss in wealth in the private sector.

What if the government invests in a development program or a private company? In order to succeed, the ultimate product of an investment must somehow satisfy the wants of customers in the future. Private companies judge the viability of an investment through profit and loss. Profits signal that a company is doing well on the market, while losses suggest that the company's products are not desired. Governments do not respond to profit and loss. A government can always increase revenue by raising taxes, and so it feels no immediate need to remain profitable. 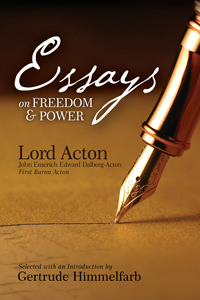 The Necessity of Liberty

Entrepreneurship is a phenomenon inborn in the human spirit. The right to private property serves as the motivational factor behind the action of investment. Therefore, government is a burden on economic development.

Once one realizes where the state fails, one can only conclude that the best course of political action is to reduce the size of the state or even do away with it altogether.

[1] On the topic of NASA, see "What Won't NASA Invent Next?" by Tim Swanson and "The Trouble with NASA" by William L. Anderson.

[2] Relatively, at least, given the latest round of criticism directed at the quality of the latest Microsoft operating system.