Only Criminals Use Honest Money 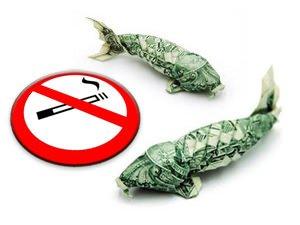 I recently had surgery for appendicitis. Upon seeing me lying in a hospital bed, none of my visitors praised the bed's healing power in curing my illness. All of them understood that although my condition was eliminated at the same time that I lay in bed, lying in bed does not cure disease. They understood that two events occurring simultaneously can be coincidental and unrelated, directly causal, or linked by a third variable or sets of variables.

Obviously, my visitors were not economists or business journalists. Had they been, the media would have quickly been praising bed rest as a cure for appendicitis. That is not far-fetched. Business sections of all newspapers contain such convoluted and illogical sentiments in their articles with headlines such as "Higher Oil Prices Inflame Inflation." Sometimes they even present analogies without even mentioning the associated theory, such as warning that the economy may become "overheated."

Like my visitors, Austrian economists are not fooled, because they reject the idea of empirical data in the validation of theory in the social sciences. Reason is the only tool available for economic discovery. The difference is starkly illustrated by their treatment of the price of oil and price inflation.

Mainstream economists assert that an increase in the price of oil will increase consumer prices. After checking the consumer price index six months after an oil price spike, they proclaim their supposition correct: inflation grew by 4.7% (nobody ever questions the prerogative of government to quantify with divine precision). They consider the inability to isolate cause and effect as irrelevant.

The causal relationship, however, is precisely what interests Austrians. We ask, how can increased oil prices increase all average prices? If people must now spend more on oil, will not prices drop for the goods that they can no longer afford to purchase? However, by embracing empirical "evidence" and overlooking reason, non-Austrian economic schools have cloaked themselves in legitimacy.

In the social sciences, only in extreme and rare circumstances can experiments develop that neutralize all other variables that might contain diluting or aggrandizing effects.

But under such circumstances, might Austrian economic thought be tested and compete, legitimately, on equal footing with the perceived legitimacy of "mainstream" (i.e., Keynesian) economics?

Such a situation may currently exist with prisons in testing the validity of fiat currency. Since money is banned in prisons, the historical use of cigarettes by prisoners as money avers that money requires alternative value (i.e., value apart from its use as money) and proves that our present system of fiat currency (and fractional-reserve banking) is eventually doomed.

Prisoners exchange cigarettes for sex, drugs, gambling, and the killing of other inmates (all other recreational activities being provided free of charge by taxpayers). The cigarettes hold alternative value through their direct consumption (smoking).

And what happens to the experiment when cigarettes are banned? Like a free market moving from a gold to a silver standard, prisoners switch to the next best good that possesses the qualities demanded of money: portability, durability, homogeneity, and divisibility.

The article "Mackerel Economics in Prison Leads to Appreciation for Oily Fillets" published in the October 2, 2008 issue of The Wall Street Journal, revealed the new monetary system in prisons: cans of mackerel, or "mack" in prison nomenclature. Just as a various goods (e.g., gold, silver, copper, rice, salt, peppercorns, large stones, etc.) have long competed in the marketplace to be the standard of currency, so mack had to fend off books of stamps, PowerBars, and cans of tuna.

Fiat money does not exist in prison. Prisoners do not dye sheets of paper green and attempt to circulate them as money. No inmate would accept this as money, not even if the penal equivalent of a Bretton Woods agreement existed between the toughest gangs.

Why is it that criminals continue to use real money in their transactions? Because they have not been fooled otherwise. In The Case Against the Fed, Murray Rothbard detailed the process by which people have been fooled into thinking those green pieces of paper are a proper store of value (the key purpose of money). Once government changed the law to recognize monetary warehouse receipts (dollar bills) as a debtor relationship instead of that of a bailment (the temporary possession of another's property), fractional-reserve banking was born. Fractional-reserve banking is inherently fraudulent.

In contrast, a penitentiary does not include a warehouse issuing receipts for cigarette packs or cans of mack.If they ever do, we know what will follow: fraud (the warehouse issuing notes in excess of deposits), then government-sanctioned fraud, then government-imposed fraud, and finally — The Big House Reserve (perhaps consisting of notes with the warden's picture and Latin phrases).