No End in Sight For Higher-Education Malinvestment 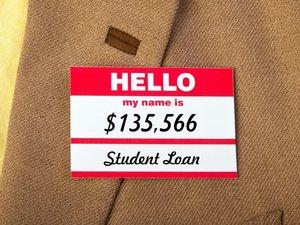 Those of us leaning in the Austrian direction see bubbles and malinvestments around every corner and assume, wrongly as it turns out, the market will right these wrongs lickety-split. But, for the moment a rational market is no match for cheap money. “Any college that is thinking about capital expansion, now is a very good time,” Robert Murray, an economist at Dodge Data told the Wall Street Journal. “Several years down the road, the climate might not be as good.”

Now being a good time because stock market gains have pumped up endowments, “and low interest rates have created a favorable environment for colleges to build,” writes Constance Mitchell Ford. The campus building boom marches on.

In 2014 colleges and universities commenced construction on $11.4 billion worth of projects, a 13 percent increase from the previous year. It’s the largest dollar value of construction starts since the heady days of 2008.

Ms. Ford’s piece highlights a $2 billion project at Cornell and sixteen new buildings at Columbia worth $6 billion. But here in Auburn, Alabama the campus has been a construction zone since 2008 when I arrived. Multiple new dorms, a basketball arena, a fancy student center, and various new classroom buildings have been constructed at a time when funding from the state has been cut back. What’s now underway is the largest scoreboard in college football, with a plan to expand the stadium next.

According to Bloomberg, college tuition and fees have increased 1,120 percent since records began in 1978, and the rate of increase in college costs has been “four times faster than the increase in the consumer price index.”

Tuiton at state schools is rising even faster says Peter Cappelli, professor of management at the Wharton School of the University of Pennsylvania. He told Becky Quick on CNBC’s “Squawk Box” the cost of an education has risen 50 percent faster at state schools versus private in roughly the last decade.

Cappelli said a critical question is whether students will graduate in the first place, noting that only 40 percent of full-time students earn a degree within four years, and 30 million — and perhaps as many as 35 million — young adults do not finish their studies.

Unfinished college is as useful as an unfinished building.

College degrees are similar to what Austrians call higher-order goods. It’s believed a student will gain knowledge and seasoning in college, making him or her more productive and a candidate for a high-paying career. The investment of time and money in knowledge are undertaken for the payoff of higher productivity and a high future income. Higher education is the higher-order means to a successful career.

The assumption is those high-pay jobs, (A) will require a college degree, and (B) they will be plentiful when the student graduates. Borrowing $100,000 to earn a law degree is a malinvestment if the student ends up writing briefs for $15 per hour. A recent graduate of the Charlotte School of Law put fliers on cars announcing that he or she had borrowed $200,000 to attend school and is now working at Walmart for $35,000 a year.

“More college graduates are working in second jobs that don’t require college degrees,” writes Hannah Seligson in the New York Times, “part of a phenomenon called ‘mal-employment.’ In short, many baby-sitters, sales clerks, telemarketers and bartenders are overqualified for their jobs.”

The whole entrepreneurial class is, as it were, in the position of a master builder whose task it is to erect a building out of a limited supply of building materials. If this man overestimates the quantity of the available supply, he drafts a plan for the execution of which the means at his disposal are not sufficient. He oversizes the groundwork and the foundations and only discovers later in the progress of the construction that he lacks the material needed for the completion of the structure. It is obvious that our master builder’s fault was not overinvestment, but an inappropriate employment of the means at his disposal.

As it is now, parents and students still have the belief that college is the way to, if not riches, at least a well-paying career. In a 2011 piece for mises.org with what turned out to be the hasty title of “The Higher-Education Bubble Has Popped” I quoted PayPal founder and early Facebook investor Peter Thiel, who questioned the value of higher education. He told TechCrunch,

A true bubble is when something is overvalued and intensely believed. Education may be the only thing people still believe in in the United States. To question education is really dangerous. It is the absolute taboo. It’s like telling the world there’s no Santa Claus.

Like most bubbles this one is being fueled by debt. USA Today reports, 40 million borrowers owe $29,000 each, totaling $1.2 trillion outstanding. Student loan debt is easy to get, but hard to get rid of. It’s hard to pay back without a high salary, nor can it be bankrupted away. “Government either guarantees or owns most of the student loans and has the power to sue and to garnish wages, tax refunds, and federal benefits like Social Security when borrowers default,” Kelley Holland writes.

Defaults are plentiful. In the third quarter of last year, the three-year default rate was roughly 13.7 percent, with the average amount in default per borrower just over $14,000.

These debtors “are postponing marriage, childbearing and home purchases, and ... pretty evidently limiting the percentage of young people who start a business or try to do something entrepreneurial,” says Mitch Daniels, president of Purdue University

I administer funds for a small scholarship for graduating high school seniors in my old home town. This year, for the first time, an applicant wrote that he needed financial help for college because his father, a veterinarian, can’t help his children because he’s struggling to make payments on his own student debt.

The college boom is not just on campus. Student housing developers have been riding the college boom as well. Two years ago in a piece for The Freeman, I wrote about developers cashing in building dorms. These developers have even found Auburn, with its population of only 50,000. A project called 160 Ross has long-time residents in an uproar with its high density. But as much as locals don’t like it, students have snapped up units at $599 a bed.

That rack rate has large student housing developers coming to town and CV Ventures is ready to break ground for a six-story mixed-used project on just one acre featuring 456 beds, stumbling distance from the college bars, with a Waffle House across the street.

Meanwhile, everyday we hear about how online courses being the death knell for brick-and-mortar institutions. For the moment traditional colleges seem safe. “Because traditional campuses offer peer and teacher interaction,” writes Ron Kennedy, “as well as a plethora of other important benefits often sought by traditional, college-aged students, there will remain a need for traditional education.”

More importantly, Kennedy continues, “Research has shown that students who interact face-to-face with their instructors and other students tend to be more academically balanced than their online counterparts. This is one reason why most employers still prefer students who have attended traditional campuses.”

Trees don’t grow to the sky and neither will tuition. However, it’s doubtful young people will suddenly stay home with their parents and work toward degrees taking online classes. Parents who can afford it want to relive their college days vicariously through their kids.