The "Natural Interest Rate" Is Always Positive and Cannot Be Negative 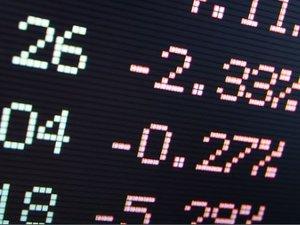 The idea is that savings exceed investment, and that a negative real interest rate is required for bringing savings in line with investment. From the viewpoint of the Austrian school, the notion of a “negative equilibrium real interest rate” doesn’t make sense at all.2

The market interest rate is the outcome of the supply of and demand for savings in the market place. It can be observed, for instance, in the deposit, bond, or loan market for different maturities and credit qualities.

Time-preference is always and everywhere positive, and so is the originary interest rate. This is, first and foremost, what common sense would tell us.

If the originary interest rate was near-zero, it means that you prefer two apples available in, say, 1,000 years over one apple available today. A truly zero originary interest rate implies that the actor's planning horizon or “period of provision” is infinitely long, which is another way of saying that he would never act at all but would continually push the attainment of his goals into the future.

Human action is purposive behavior, implying the use of means to achieve ends. Action requires time (it is impossible to think otherwise). Thus, time is an indispensable and scarce means for achieving ends. As such, it must be economized, which necessarily implies that an earlier satisfaction of wants is preferred over a later satisfaction of wants.

However, some argue that due to growing uncertainties related to longer life expectancy, people might increasingly prefer future consumption over present consumption; and that this could push time preference and the originary interest rate into negative territory.

No doubt, peoples’ time preference may decline over time, implying that savings out of current income increases while consumption declines. While time preference and thus the originary interest rate can fall, for logical reasons they cannot hit zero, though, let alone become negative.

Another argument refers to the issue of “saturation” and runs as follows: Let’s assume you have two apples, and you eat one of them. Your hunger is now saturated, so that you prefer eating the remaining apple tomorrow over eating it today. Doesn’t this prove that people may value future goods more highly than present goods, that time preference and the originary interest rate may be negative?

No it doesn’t. Non-consumption of the second apple today can easily be explained by the fact that the marginal utility of eating the apple now is lower than eating it tomorrow or the next day, even when the future marginal utility is discounted by a positive originary interest rate.

That said, the example above is misconstrued.4 It does not illustrate the relevant case, namely the case in which acting man considers alternative uses of one and the same good — and thus doesn’t prove at all that time preference and thus the originary interest rate can be negative.

The End of the Market Economy

Should a central bank really succeed in making all market interest rates negative in real terms, savings and investment would come to a shrieking halt: as time preference and the originary interest rate are always positive, “capitalistic saving” — the accumulation of goods designed for improving the production process — would come to an end. Capital consumption would ensue, throwing mankind back into poverty. It would be the end of the market economy.

It might be interesting to note in this context that, for instance, the German national socialists had called for the abolition, the prohibition of the interest rate. Now you know why: Without a positive (originary) interest rate, the market economy will cease to function.

If they wanted to be consistent, the believers in a negative originary interest rate would have to call for a policy that does not only make interest rates negative in real terms in the credit market, but also in the markets for, say, stocks and housing.

However, a policy that advocates destroying firms’ values and peoples’ housing wealth wouldn’t be taken too kindly by the public at large; and those economists recommending it couldn’t expect being cheered.

The consequence of a policy of a negative real market interest rate should have become obvious by now: It is an actually perfidious policy for debasing the real value of outstanding debt; and it is a recipe for wreaking havoc on the economy.