Mythology of the Minimum Wage 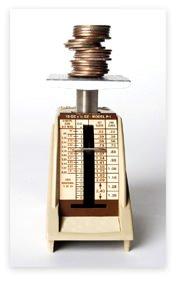 Once again politicians and pundits are calling for increases in the legal minimum wage. Their reasons are familiar. Market wages are supposedly immoral. People need to earn a "living wage." If the minimum wage went up at least to $7, or better still to near $10 an hour, millions would be lifted out of poverty.[1]

There are a few economists who have been leading the charge for higher minimum wages. Some of these economists have obvious ideological leanings. Economists connected with the Left -orientated Economic Policy Institute and the Clinton Administration have concocted a rational for minimum wage increases. According to these economists higher wages make employees more content with their jobs, and this leads to higher worker productivity. Thus workers will be worth paying a minimum wage once their employers are forced to pay these wages. Of course, if this were true — if employers could get higher productivity out of less educated and experienced workers by paying higher wages — they would be willing to do this without minimum wage legislation. But the economists who make this case claim to have empirical evidence that proves them right. Economists David Card and Alan Krueger have published studies of the fast food industry indicated that small increases in the minimum wage would cause only minor job losses, and might even increase employment slightly in some instances. These studies by Card and Krueger show only that a small increase in minimum wage rates might not cause much of an increase in unemployment. Such studies ignore the fact that the current level of minimum wages are already causing significant unemployment for some workers.

The economic case for minimum wage increases has gained some ground with public and even professional opinion. Even some free market leaning economists, like Steven Landsburg, have conceded that minimum wages increases do not affect employment significantly.[2] Landsburg notes that critics of minimum wage laws emphasize that they have a disproportionate effect on teens and blacks. But he dismisses these critics because "minimum wages have at most a tiny impact on employment … The minimum wage kills very few jobs, and the jobs it kills were lousy jobs anyway. It is almost impossible to maintain the old argument that minimum wages are bad for minimum-wage workers."

Landsburg might maintain that most of these lost jobs are lousy jobs that teens will not miss. DeLong thinks that minimum wage laws can help to avert poverty — workers who keep their jobs at the minimum wage gain much, while unemployed workers lose little. Part of the problem with this argument is that it involves arbitrary value judgments. According to mainstream economic theory, we achieve economic efficiency when markets clear because this is how we realize all gains from trade. With teen unemployment in double digits — running as high as 40.9% — it is obvious that some labor markets are not clearing. If labor market imperfections led to such levels of unemployment, economists like DeLong, Card, and Krueger would call for government intervention to correct these "market failures." Yet they find double digit teen unemployment acceptable when it derives from government intervention. Why? Because they want to use such policies to redistribute income.[4]

Mainstream economic theory lacks any basis for judging the effects of income redistribution. According to textbook economics we attain the highest level of economic efficiency when markets clear, when we realize the maximum gains from mutually advantageous trade. Income transfers benefit some at the expense of others. Economists have no scientific methods for comparing gains and losses through income transfers.[5] Once economists depart from discussing efficiency conditions and begin to speak about income redistribution, they become advocates of a political agenda, rather than objective scientists. The jobs lost to minimum wage laws might not seem worthwhile to DeLong or Landsburg, but they obviously are worthwhile to the workers and employers whom these laws affect. Why should the value judgments of a few armchair economists matter more than the interests of would be employees and employers? These jobs may be "lousy jobs," but one could also argue that these jobs are quite important because they are a first step in gaining job experience and learning adult responsibility.

Economist Arthur Okun estimated that for every 1% increase in unemployment GDP falls by 2.5-3%. If minimum wage laws are responsible for keeping the national unemployment rate 3 percentage points above where it would otherwise be, then the losses to minimum wage unemployment are substantial. Since Okun's law is an empirical proposition it is certainly not constant. Eliminating minimum wages might not increase GDP as much as this "law" indicates. However, the elimination of minimum wage laws would surely have a positive effect on GDP. In any case, economic theory and available data indicate that minimum wage laws do result in economic inefficiency. The implementation of a "living wage" would only increase these losses. Do proponents of living wages really want to see unemployment rates among ethnic minorities and teens climb even higher?

The economic case for a living wage is unfounded. Current minimum wage rates do create high levels of unemployment among low productivity workers. Higher "living wages" would only make these problems worse. The alleged moral case for a living wage ignores the fact that minimum wage increases adversely affect the very people whom advocates of living wages intend to help. If politicians wish to pursue sound policies, they should consider repealing minimum wage laws, especially where teens are concerned. Unfortunately, most politicians care more about political expediencies than sound economic policy. This being the case, minimum wages will increase unless public opinion changes significantly.

[2] See "The Sin of Wages" by Steven Landsburg and "The Minimum Wage and the EITC" by J. Bradford DeLong.

[3] This is likely due to the poor quality of many inner city public schools.

[4] It is worth noting that Landsburg opposes redistribution via minimum wage laws.

[5] This would require interpersonal comparisons of welfare. Robbins (1933) proved that such comparisons are unscientific.

[6] US Bureau of the Census Historical Statistics p135.