GET NEWS AND ARTICLES IN YOUR INBOXPrint
A
A
Home | Mises Library | Must Austrians Embrace Indifference? 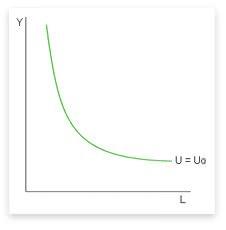 [This article appears in the Winter 2005 issue of The Quarterly Journal of Austrian Economics. This issue is delivered immediately in electronic format with a new subscription  ($29).]

In his celebrated article "Toward a Reconstruction of Utility and Welfare Economics," Murray Rothbard wrote that

[i]ndifference can never be demonstrated by action. Quite the contrary. Every action necessarily signifies a choice, and every choice signifies a definite preference. Action specifically implies the contrary of indifference. . . . If a person is really indifferent between two alternatives, then he cannot and will not choose between them. Indifference is therefore never relevant for action and cannot be demonstrated in action. (Rothbard 1997, pp. 225–26)

This seems to be undeniable, and any attempt to explain why one choses to do x rather than y with reference to indifference rather than preference strikes one as a logical absurdity, a "category mistake." Indeed, it seems to be a truth similar to the truth that no "constant" can ever be used to explain a "variable" and why any attempt to explain a variable outcome with reference to some constant conditions is likewise absurd.

Nonetheless, Rothbard and Mises have been criticized by Nozick (1977) and Caplan (1999), for inconsistency in admitting the concept of indifference into economic analysis after all, even if only indirectly. These criticisms have been answered by Block (1980, 1999) and Hülsmann (1999). However, their answers, although largely correct, seem to bring less than full clarity to the matter. Setting out from Nozick's criticism, I hope to remedy this deficiency here.

As correctly noted by Block (1980, pp. 423–25), aside from some rather confused and easily disposed of remarks, Nozick has but one challenging criticism of Rothbard's and Mises's verdict on indifference. He argues that their views are incompatible with their own formulation of the law of marginal utility. "Indeed," writes Nozick,

To further substantiate his claim, in an attached footnote Nozick provides quotations from Mises's Human Action (1966) and Rothbard's Man, Economy, and State (1962). He writes,

on p. 122 [of Human Action] Mises says, "All parts—units—of the available stock are considered as equally useful and valuable if the problem of giving up one of them is raised." Here, then, we do have indifference. Yet a choice will be made, perhaps at random. One particular object will be given up. Yet the person does not prefer giving up this one to giving up another one. . . . [Similarly, Rothbard in Man, Economy, and State, pp. 18–19] writes, "in these examples, the units of the good have been interchangeable from the point of view of the actor. Thus, any concrete pound of butter was evaluated in this case perfectly equal with any other pound of butter." (Nozick 1977, p. 390)

Block's answer to this challenge is this:

I think that this problem can be reconciled as follows. Before the question of giving up one of the pounds of butter arose, they were all interchangeable units of one commodity, butter. They were all equally useful and valuable to the actor.—But then he decided to give up one pound. No longer did he hold, or can he be considered to have held, a homogeneous commodity consisting of butter pound units. Now there are really two commodities. Butter a, on the one hand, consisting of 99 one-pound units, each (of the 99) equally valued, each interchangeable from the point of view of the actor with any of the other in the 99-pound set; on the other hand, butter b, consisting of one pound of butter (the 72nd unit out of the original 100 butter units, the one, as it happens, that he chose to give up when he desired to sell off one of his pounds of butter). In this case, butter a would be preferable to butter b, as shown by the fact that when push came to shove, butter b was jettisoned, and butter a, retained.—Alternatively, we may say that the person was "indifferent" between all 100 units of butter before and apart from any question of choice coming into the picture. But "indifference," in this interpretation, existing only in the absence of human action, would not be a praxeological, or economic category, but a vague, psychological one. . . .—We can see, then, that with this interpretation, there will be no difficulty with regard to the law of diminishing marginal utility. For one thing, this is because we can have our homogeneity (apart from human action) as well as deny it (when choice takes place). Thus, to the extent that homogeneous units of a commodity are required or the operation and application of this law, there is no problem. (Block 1980, pp. 424–25; and similarly Block 1999, pp. 22–24)

My dissatisfaction with Block's solution to the challenge posed by Nozick is twofold.

First, his interpretation of indifference as a "vague, psychological" category seems off the mark. Instead, in accordance with Mises, it must be regarded as a rather precise epistemological category implied in the concept of a class of objects and involved in any operation of classification. "Quantity and quality," explains Mises,

are categories of the external world. Only indirectly do they acquire importance and meaning for action. Because every thing can only produce a limited effect, some things are considered scarce and treated as means. Because the effects which things are able to produce are different, acting man distinguishes various classes of things. Because means of the same quantity and quality are apt always to produce the same quantity of an effect of the same quality, action does not differentiate between concrete definite quantities of homogeneous means. (Mises 1966, p. 119)

However, if the formation of classes of objects has a realistic and objective foundation, as Mises emphasizes, then Block's escape route appears implausible and ad hoc: before the choice the units of butter belonged to one class (they were homogeneous), now, at the point of choice, they are suddenly members of different classes (they are heterogeneous). In fact, they remain what they were then and what they are now: units of butter.

Block chooses this route because he believes that otherwise the claim might be doubted that actions must be explained with reference to preferences. However, this fear is unjustified. We can have our homogeneity (classes of objects) and still insist that only preferences can explain and are demonstrated in concrete choices.

In order to explain this, it is useful to recall some elementary insights regarding the nature of action—insights that "Austrians" in particular should be familiar with. Actions, qua intentional behavior, have an external-behaviorist and an internal-mentalist aspect. To give a full and adequate description, both aspects must be taken into account. A quote from John Searle (1984, pp. 57–58) should make this clear:

If we think about human action, . . . it is tempting to think that types of action or behavior can be identified with types of bodily movements. But that is obviously wrong. For example, one and the same set of human bodily movements might constitute a dance, or signaling, or exercising, or testing one's muscles, or none of the above. Furthermore, just as one and the same set of types of physical movements can constitute completely different kinds of actions, so one type of action can be performed by a vastly different number of types of physical movements. . . . Furthermore, another odd feature about actions which makes them different from events generally is that actions seem to have a preferred description. If I am going for a walk to Hyde Park, there are any number of other things that are happening in the course of my walk, but their descriptions do not describe my intentional actions, because in acting, what I am doing depends in large part on what I think I am doing. So for example, I am also moving in the general direction of Patagonia, shaking the hair on my head up and down, wearing out my shoes, and moving a lot of air molecules. However, none of these other descriptions seem to get at what is essential about this action, as the action it is. [†]

Before the backdrop of Searle's observation regarding an action's preferred description, we can now proceed to propose a simple yet elegant solution to Nozick's challenge. Keep in mind that, in the above example, "going for a walk to Hyde park" and "moving in the general direction of Patagonia" are behaviorally identical phenomena, but the latter is not part of the preferred description though it might be under different circumstances. In his reply to Nozick, Block fails to provide the preferred description.

Other alleged puzzles concerning ice cream, sweaters, drowning children, and Buridan's ass can be solved in a likewise manner.

Similarly, if I am indifferent to blue and green sweaters, then my choice concerns simply a sweater, or a dark colored sweater; and getting a green (or blue) one is not part of the correct description of my action. Instead my choice demonstrates my preference of a sweater over a (or this) shirt or to something else.

Likewise, a mother who sees her equally loved sons Peter and Paul drown and who can only rescue one does not demonstrate that she loves Peter more than Paul if she rescues the former. Instead, she demonstrates that she prefers a (one) rescued child to none. On the other hand, if the correct (preferred) description is that she rescued Peter, then she was not indifferent as regards her sons.

Lastly, consider Buridan's ass standing between two identical and equidistant bales of hay. The ass is not indifferent and yet chooses one over the other, as Nozick would have it. Rather, it prefers a bale of hay (whether it is the left or the right one is simply not part of the preferred choice description), and thus demonstrates its general preference of hay to death.

Rothbard, Murray N. 1997. "Toward a Reconstruction of Utility and Welfare Economics." In The Logic of Action, Vol. 1. Cheltenham, U.K.: Edward Elgar.