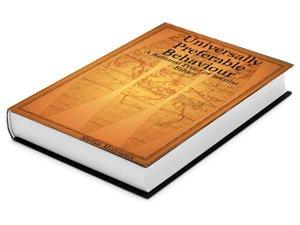 Stefan Molyneux is a popular libertarian broadcaster who has in recent years acquired a considerable following. In Universally Preferable Behavior, he takes on an ambitious task. He endeavors to provide a rational basis for morality. Should he succeed, he would not only have achieved something of monumental importance; he would also have rendered a great service to libertarianism. Molyneux's system of morality has resolutely libertarian implications. If he is right, surely a time for rejoicing is at hand.

It would be cruel to arouse false expectations, so I had better say at once that Molyneux does not succeed in his noble goal. He fails, and fails miserably. His arguments are often preposterously bad.

Let us first be clear, in his own words, on what Molyneux wishes to accomplish:

The question before us is thus: can some preferences be objective, i.e., universal? … When I talk about universal preferences, I am talking about what people should prefer, not what they always do prefer. (p. 33, emphasis omitted)

These preferences, furthermore, have to do with morality, behavior that can be forcibly imposed on people. "Those preferences which can be considered binding upon others can be termed 'universal preferences' or 'moral rules'" (p. 40).

Is there, then, behavior that is in his sense universally preferable? Our ever-generous author has an abundance of arguments in support of a positive answer to this question. His first claim is that the very fact of engaging in inquiry over the existence of universally preferable behavior suffices to answer the question in the affirmative. If I am engaged in debate about this topic, must I not prefer truth to falsehood? An attempt to deny this leads to contradiction: "If I argue against the proposition that universally preferable behavior is valid, I have already shown my preference for truth over falsehood — as well as a preference for correcting those who speak falsely" (p. 40).

Molyneux is certainly right that someone who wants to discover whether universally preferable behavior exists, prefers, while trying to find the answer, truth over falsehood; but how does this generate a preference to correct others with mistaken views? Molyneux wrongly supposes that if someone wants to discover the truth, he must be in engaged in an actual debate with someone else. Why must he? Further, what has any of this to do with enforceable obligations, the ostensible subject of his inquiry?

Is it not obvious that Molyneux has confused two different senses of "universally preferable behavior"? Biological laws are, as even our author elsewhere realizes, descriptive regularities; Molyneux fails utterly to show that acting in accord with such laws to keep oneself alive has anything to do with moral obligation.

Molyneux is not content with "proving" that moral obligations exist. He also has distinctive views about the nature of these obligations. Moral rules must be universal, in a very strong sense:

I also cannot logically argue that it is wrong for some people to murder, but right for other people to murder. Since all human beings share common physical properties and requirements, proposing one rule for one person and the opposite for another is invalid — it is like proposing a physics theory that says that some rocks fall down, while other rocks fall up. Not only is it illogical, it contradicts an observed fact of reality, which is that human beings as a species share common characteristics, and so cannot be subjected to opposing rules. (p. 44, emphasis omitted)

Molyneux offers no argument that the rules of morality must respond only to the characteristics that define the human species. If someone proposed a rule of the form, "Human beings who meet such-and-such requirements, and not others, may kill under the following circumstances," no doubt we should want to look at the reasons alleged for this claim very closely; but we could not dismiss the proposal outright because it draws a distinction between two classes of people. Arbitrary appeals to the laws of physics or biology have nothing to do with the case.2

Although I have so far been critical of Molyneux, I am happy to give him credit for an excellent idea. He suggests that a good test for a moral theory is its ability to arrive at the correct result for obvious cases, like rape, murder, and theft. If a theory cannot show that a rule that purported to make such conduct obligatory is ill-formed, the theory should be rejected. Molyneux thinks he can show exactly this for his own account of universally preferable behavior.

His "argument" against a rule that mandated rape must be read to be believed. I hasten to add that there is nothing to be said in favor of rape: to the contrary, it is obviously morally horrendous. But even here, Molyneux founders. He says,

If "rape" is a moral good, then "not raping" must be a moral evil — thus it is impossible for two men in the same room to both be moral at the same time, since only one of them can be a rapist at any given moment — and he can only be a rapist if the other man becomes his victim. (p. 66)

Incredibly, Molyneux takes the rule he is considering to be one that requires people to be continuously engaged in rape. It never occurs to him to take the rule as mandating, "at some time or other, you ought to attempt rape," an evil imperative that would escape his strictures. Evidently this construal would violate his bizarre requirements about universality: a morally required action is one that everyone must perform at the same time, all the time.

He deploys an analogous argument against a rule that made theft obligatory: people could not always and everywhere steal. He adds another consideration that is equally inept.

In other words, working to gain control of a piece of property is only valid if you can assert your property rights over the stolen object. No one will bother stealing a wallet if he has certain knowledge that it will be stolen from him the moment he gets his hands on it. (p. 81)

This last sentence is entirely reasonable, but it has no bearing on the rule mandating theft. If people think that theft is obligatory, it by no means follows that anyone will succeed in taking away something you have stolen.

Besides his general characterization of moral rules, Molyneux has contributions as well to libertarian theory. In his view, the efforts devoted to principles of homesteading have been unnecessary. Once self-ownership is granted, nothing further is needed to justify property rights.

We do not need a homesteading theory, or any other "just acquisition" approaches to justify property rights — they are justified because anybody who acts in any way, shape or form — including arguing — is axiomatically exercising 100% control over his own body, and "homesteading" both oxygen and sound waves in order to make his case. (p. 79)

There is a slight problem with what we have here been offered. Let us grant him all he says about self-ownership and the use of oxygen and sound waves. He has given no account at all of how people initially gain title to physical objects external to their bodies. No doubt, though, bearing in mind what he has already contributed to moral theory, we should not complain unduly of this omission.

Though he presents no theory of property acquisition, he does tell us that property rights are absolute. "The problem with any theory that argues for less than 100% property rights is that it instantly creates a 'domino effect' of infinite regression, wherein everybody ends up with infinitely small ownership rights over pretty much everything, which is clearly impossible" (p. 79).

If, for example, someone has only a 50 percent ownership share of property he acquires, then half of his property may be taken away. The person who takes the other half is now subject to the loss of half of what he has acquired, and so on indefinitely. Far from being a consequence of the 50 percent ownership rule, the outcome Molyneux has conjured up contradicts it. By hypothesis, the first person has half ownership in what he has acquired. If this share is subject to further attrition, the original hypothesis has without justification been replaced with something else.

Molyneux makes some good points against public education, but he would not be Molyneux if he did not give us a bad argument as well. "Since public schools are funded through the initiation of the use of force, they are a form of forced association, which is a clear violation of the freedom of association validated by UPB [universally preferable behavior]" (p.118, emphasis omitted). He is of course right that public schools funded through taxation rest on the initiation of force; but it does not follow from such funding that students are required by compulsory attendance laws to attend them. The funding does not suffice to make these schools a form of "forced association."

Despite the impression I have so far given, Molyneux is by no means stupid: quite the contrary. Therein, I suggest, lies the source of the problems of his book. Because of his facile intelligence, he thinks that he has a talent for philosophical argument and need not undertake the hard labor of learning how such arguments are constructed. Unfortunately for him and his book, he is mistaken.