Mises Debunks the Religious Case for the State 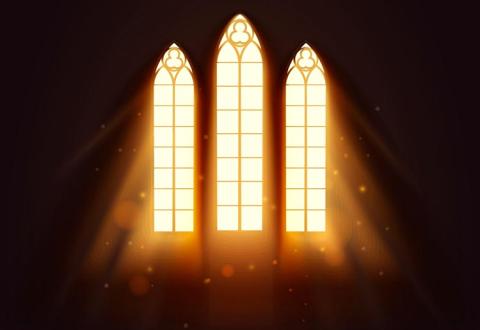 In 1920, Ludwig von Mises wrote a comprehensive critique of the economics of socialism that launched the "calculation debate." The significance of his seminal essay, "Economic Calculation in the Socialist Commonwealth," as Mises Institute Senior Fellow Joseph Salerno writes in a postscript, is that it "extends far beyond its devastating demonstration of the impossibility of socialist economy and society. It provides the rationale for the price system, purely free markets, the security of private property against all encroachments, and sound money. Its thesis will continue to be relevant as long as economists and policy-makers want to understand why even minor government economic interventions consistently fail to achieve socially beneficial results."

But Mises also recognized that the economic fallacies of socialism were only part of the problem. He accordingly extended his critique of socialism into the full-scale book Socialism: An Economic and Sociological Analysis. There he not only comprehensively analyzed all forms of interventionism, but addressed politics, history, property, ethics, and even religion.

Indeed, for someone who was an agnostic, Mises wrote a great deal about religion. The number of references he makes to religion is staggering, actually numbering over twenty-five hundred in his published corpus. He mentions God over two hundred and fifty times in his writings. There are seven references to religion on the opening page of Human Action. His books Omnipotent Government, Theory and History, and Socialism are permeated with references to religion.

So why should we be interested in what Mises had to say about religion? Did not Mises himself say: "I am an economist, not a preacher of morality"?1 What Mises said about religion is important for two reasons.

Religion cannot be separated from the study of history. The Bible itself is primarily a history book, not a religious book. Mises had a keen sense of history, and was extremely well-read, which, in previous ages, would have included the Bible. He recognized not only the place of the Bible in history, but its authority, even if he didn't subscribe to its tenets. Mises actually "quotes" Scripture on thirty-two occasions throughout his writings.2

So unlike many who are irreligious, Mises was knowledgeable about religion. He mentions the doctrines, customs, occupations, and activities of various sects. He refers to religious people and events in history. Religious controversy and conflict is a theme he visits often: the "great schism" of the Eastern and Western Churches, anti-Semitism, the Crusades, the Inquisition, the Reformation and Counter-Reformation.

One cannot avoid religion when studying the works of Mises. But there is another reason to note what Mises said about religion, for in Mises's day, as in ours, the religious arguments for socialism prove to be the most intractable; they stem from deep-rooted beliefs about God and man and the purpose of the universe. And yet the arguments must be addressed.

Writing in the middle of the twentieth century, Mises observed about Christianity and socialism: "The Christian churches and sects did not fight socialism. Step by step they accepted its essential political and social ideas. Today they are, with but few exceptions, outspoken in rejecting capitalism and advocating either socialism or interventionist policies which must inevitably result in the establishment of socialism."14

Unfortunately, nothing has changed since Mises wrote this almost fifty years ago. Liberal churches and denominations that have all but abandoned traditional orthodox Christianity have also abandoned the free market. Their pleas for "equity" and "social justice" are pleas for socialism, pure and simple.

Conservative churchmen today are for the most part interventionist to the core. Their support of government-financed "faith-based" initiatives and moral crusades, their incessant demands for constitutional amendments, and their acceptance of state intervention as long as it is on behalf of their causes are only exceeded by their ignorance of the most basic economic principles. Read Mises? He was an agnostic Jew, why should I read Mises?

Mises did not shy away from engaging religious defenders of socialism. He rightly criticizes religious rejecters of capitalism whose only fault with Marxian socialists is "their commitment to atheism or secularism."15 Mises perceptively points out that "many Christian authors reject Bolshevism only because it is anti-Christian."16The Church "opposes any Socialism which is to be effected on any other basis than its own. It is against Socialism as conceived by atheists, for this would strike at its very roots; but it has no hesitation in approaching socialist ideas provided this menace is resumed."17

But Mises did not condemn religious ideas because he was an agnostic. To the contrary: "The popular attacks upon the social philosophy of the Enlightenment and the utilitarian doctrine as taught by the classical economists did not originate from Christian theology, but from theistic, atheistic, and antitheistic reasoning."18 It would therefore be a "serious mistake to conclude that the sciences of human action" and liberalism are "antitheistic and hostile to religion. They are radically opposed to all systems of theocracy. But they are entirely neutral with regard to religious beliefs which do not pretend to interfere with the conduct of social, political, and economic affairs."19

The fact is, not only atheists, but even religionists have almost universally accepted socialism and interventionism. They are all guilty, as Mises tragically recognized: "The atheists make capitalism responsible for the survival of Christianity. But the papal encyclicals blame capitalism for the spread of irreligion and the sins of our contemporaries, and the Protestant churches and sects are no less vigorous in their indictment of capitalist greed."20

Accordingly, Mises criticizes both religion and atheism at the same time for the same economic fallacies. Both "Christian Socialism" and "atheist socialism" have brought about the "present state of confusion" in the world today.21 Both pious Christians and "radical atheists rejected the market economy."22 Both divines and atheists rejected the ideas of laissez faire.23 "Militant antitheists as well as Christian theologians are almost unanimous in passionately rejecting the market economy."24

One reason that Mises used so much religious terminology in his writings is that he viewed the supporters of the State as devotees of a religion. The state has its priests that people consider infallible,25 as well as its monks to serve it.26 Mises terms the idolization of the state "statolatry,"27 which he classifies as a counterfeit religion along with socialism and nationalism.28 Supporters of "the new religion of statolatry" are even more fanatical and intolerant than were the Mohammedan conquerors of Africa and Spain.29

If the supporters of the State are devotees of the religion of statolatry, the ultimate result is that the State is made into a god. How assorted socialists and interventionists make the State into a god is a theme that appears throughout Mises's works.30 He often quotes or refers to the German socialist Ferdinand Lassalle (1825–1864), who actually said: "The State is God."31 And once the State is made into a God: "He who proclaims the godliness of the State and the infallibility of its priests, the bureaucrats, is considered as an impartial student of the social sciences. All those raising objections are branded as biased and narrow-minded."32 Mises relates that the state, like a religion, considers some things to be heresy.33 In discussing how governments are intent on "restricting the freedom of economic thought," he points out how some believe that "government is from God and has the sacred duty of exterminating the heretic."34

What drives many supporters of this war is faith. In particular, they have come to believe that Christianity has licensed this war and God has blessed it and the nation that pursues it, or at least that is what they outwardly profess. (Although I find it strange that over 1,400 dead American soldiers is God's way of blessing America.) Actually, however, Christian advocates of the war in Iraq are more like the Moslem armies that Mises refers to who "conquered a great part of the Mediterranean area" while believing that "their God was for the big, well-equipped, and skillfully led battalions."35

Those concerned about the future of freedom need to follow Mises's example and not shy away from engaging these religious arguments. I have made an attempt to do so in my book Christianity and War and Other Essays Against the Warfare State. There I contend that Christian enthusiasm for the state, its wars, and its politicians is an affront to the Savior, contrary to Scripture, and a demonstration of the profound ignorance many Christians have of history. Christians who condone the warfare state and its nebulous crusades against "evil" have been duped. There is nothing "Christian" about the state's aggressive militarism, its senseless wars, its interventions into the affairs of other countries, and its expanding empire.

Paul Craig Roberts has recently pointed out how "evangelicals, aghast at Vietnam era protests of America's war against 'godless communism,' turned to the military as the repository of traditional American virtues." Unfortunately, the same thing was basically done in regard to the Republican Party. A point I do not raise in any of the essays in my book is a possible reason why some evangelical Christians are so quick to support the state and its coercive arm of aggression, the military, in its various wars and interventions. That reason is their support of state intervention in general. Intervention at home leads inevitably to intervention abroad, as Mises says when writing about the economics of war: "What has transformed the limited war between royal armies into total war, the clash between peoples, is not technicalities of military art, but the substitution of the welfare state for the laissez-faire state."36

The religious arguments for socialism and war are really arguments for the state. Conservatives who decry the welfare state while supporting the warfare state are terribly inconsistent. Mises reminds us that "whoever wishes peace among peoples must fight statism."37 Those who want "peace among nations must seek to limit the state and its influence most strictly."38 Interventionism of any kind is a curse because "government interference always means either violent action or the threat of such action. Government is in the last resort the employment of armed men, of policemen, gendarmes, soldiers, prison guards, and hangmen. The essential feature of government is the enforcement of its decrees by beating, killing, and imprisoning. Those who are asking for more government interference are asking ultimately for more compulsion and less freedom."39

There are no sensible, logical arguments, religious or otherwise, for socialism, interventionism, or war. Religious arguments can and should be dealt with at every opportunity.