GET NEWS AND ARTICLES IN YOUR INBOXPrint
A
A
Home | Mises Library | Microcredit or Macrowelfare: The Myth of Grameen

Microcredit or Macrowelfare: The Myth of Grameen 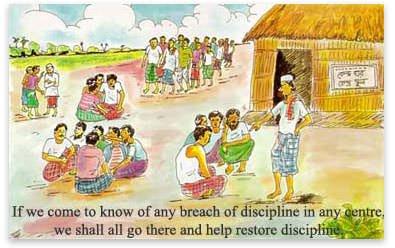 For those who follow the zeitgeist — and the Nobel Prize committee seems always in the position of following rather than leading — the 2007 Peace Prize was no surprise. It went to one of the least-criticized men on the planet: Professor Muhammed Yunus and his Grameen Bank of Bangladesh.

Everyone left, right, and center appear to love him. His microcredit scheme seems to mix the best socialist ideals with free market means, and then the rhetoric alone carries the day.

The literature on Grameen is an echo chamber of hurrahs. Even the Nobel Committee didn't bother looking more deeply. Its press release is 5 paragraphs of puff. Its link to other resources includes only one source: The Grameen Bank.

The uncritical attitude is especially strange given the extent to which pawn shops and payday lending — which, unlike Grameen, are genuine market institutions — in poor areas of the United States are hounded by the anticapitalist Left. Why is giving high-interest loans to the inner-city poor considered exploitative in the United States but wonderful and compassion in Bangladesh?

The best fallout from the prize, then, will be a continued rethinking of the core assumptions behind microcredit of the Grameen model.

Sudhirendar Sharma of New Delhi writes that the effect of the Grameen strategy has not been to reduce poverty but only to create a debt trap for borrowers, who are being charged very high rates of interest relative to conventional banks.

The oft-repeated stories of how microcredit has helped a rural woman buy a buffalo, or how a poor woman now owns a telephone kiosk, cannot be replicated in meaningful numbers. Conversely, at the cost of the poor, a large number of NGOs have benefited; banks have found a convenient route to increased lendings; and corporations have got a growing consumer market to target.

And actually, aside from my own piece in 1995, the Grameen public relations edifice has been cracking for years. In 2001, the Wall Street Journal's Daniel Pearl and Michael Phillips revealed that the repayment rate of their loans isn't anywhere near what the bank claims, that at least one quarter of its loans were being used for consumption, that the bank delays defaults and hides problem loans, that the bank isn't subject to any kind of serious supervision, public or private. The government owns 6% of its assets, while the rest is only superficially owned by borrowers who cannot sell or trade their stock.

But the real problem with Grameen is not found in the data but in market logic. Consider the absurd claims that we are being asked to believe.

We are told that Yunus discovered a wonderful new way of making profitable loans to the poor by doing something that all conventional bankers in Bangladesh had overlooked. Half the population lives below the poverty line in Bangladesh. Are we really supposed to believe that banks blithely overlooked millions of poor people out of bias or hatred or snobbery?

Even if we can accept that he had some sort of entrepreneurial insight that no one else had, Grameen has been giving loans to poor women for thirty years. Are we really supposed to believe that conventional bankers were so stupid as not to spot this opportunity after decades of demonstration? He says that he discovered that the poor are "bankable" but if this were true in the way that he says, others would have discovered the same profit opportunities and done it without help from government.

Actually, Grameen is not an enterprise at all. Yunus's first pile of cash came from the United Nations. Then he went to the Bangladesh government. Then he went to US foundations. In the 1980s and '90s, the bank received nearly $150 million in grants. At the same time, he started borrowing at low interest rates from governments around the world, and lending out the same money at higher rates. His institution keeps the difference.

As Connie Bruck explains, the dominant issue that is being debated right now in microbanking circles is how best to build institutions that are genuinely market viable as verses subsidy dependent. Until very recently and with only few exceptions, microbanking has been commerce in name only.

The Bank says it no longer accepts outright grants — the grant money goes to a dozen or so spin-off "enterprises" — but it still borrows low and sells high, and since its books are under wraps and its stockholders are that in name only, we'll never know for sure. But this much we do know. The Grameen "foundation" received 1.5 million from Bill and Melinda Gates just a few months ago. Meanwhile, George Soros has given some $12 million plus to all sorts of Grameen spin-offs, including gifts to expand "banking" in other countries.

Since Yunus and Grameen won the prize, many institutions have rushed forward to take credit for the success, by virtue of their vast giving. Here is a small sample of other grant announcements: 1, 2, 3, 4, 5, 6, 7, 8.

The repayment tactics of Grameen are very disturbing. The bank assembles peer groups to lean on delinquent borrowers, and makes political-mental reconstruction a condition of the loans, which are now being taken out to repay previous loans and so on. His "Sixteen Decisions" that must be adopted by all borrowers read like a party platform for collectivist regimentation.

And why would economists — and sophisticated free market economists, of all people — fall for the line that more debt can somehow save the world? Vijay Mahajan, the chief of Basix, reports to the Guardian that Grameen's tactics suffer from five fatal assumptions.

For years, I've received notes from financial professionals in Bangladesh that have thanked me for writing about this institution, which has made their lives very difficult.

But I thought it might be useful to share these recent additions to my pile of correspondence:

Your article on Grameen system is informative and thought provoking. I fully agree with you that the Grameen success stories are nothing but over blown claims supported by tricky financial arithmetic. As a Bangalee, I am delighted that Dr. Yunus won the Nobel peace prize. Any one should feel proud when another person of his country gets a Nobel. But I also reflect that now the whole Grameen operation will come under intense international scrutiny. I am sure that they will come to the same conclusions as you did.

Dr. Yunus founded so far 17 companies. Except for Grameen Phones, all flopped. How did he manage to fund these projects? Is it the Grameen Bank that funds his 'innovative ideas'. Perhaps we will never know, for Grameen Bank never publishes its audited annual balance sheets. Every other commercial banks in this country does that and it's mandatory. Grameen Bank does not pay any corporate tax which is about 20%. Other commercial banks have to pay the taxes.

Last year Grameen Phone made US$450 million profit (that's what I read in the newspaper). Out of these profit, TeleNor which owns 62% share took the profit and transferred it as US dollar. Who provided the hard currency? The poor Bangalee labourers who toil in Middle east like slaves. They send the dollars earned as their wage. These labourers, like the Grameen women are from deep rural areas where there is no electricity. In fact there are more than 70% households (mostly in the rural areas) where electricity is not available. How do these people use the mobile phone? They don't. Because they can not re-charge their mobile phone battery. Yet, Dr. Yunus is jetting around the world to tell that the Grameen phone has revolutionized the countryside. This is a massive fraudulent act involving millions of truly poor people who are incapable of getting beyond the razzle dazzle economic talk Dr. Yunus is making.

The western enthusiasm over Dr. Yunus verging on madness should now end. We should not be taken in by a fast talking economist whose life-long objective has been to be a player in the international arena. And he found out fast, that the all pervading poverty in this country could be used profitably to gain international attention and perhaps appreciation. … Whenever, I see this guy on the TV, I feel the presence of a very sleek salesman who target group is rich and powerful in the west who are apparently on a guilt trip over the poverty in third world countries.

The poverty problem in Bangladesh and many other countries are truly frightening and it has deep rooted causes. We should evaluate other models where a nation came out of poverty and fulfilled their basic human needs. …

And another concerning the Sixteen Decisions:

My daughter did an internship with Yunus/Grameen while she was doing her under graduate studies in the late 90's, and came back with both admiring and critical position on their works…. She did have some concerns as you also mention mainly in the pushy privacy violation aspects. As a gifted observer with US upbringing and heightened respect for the universally prevalent, taken-for-granted individual rights, it was hard for her to not notice the harsh big brotherism. She privately told me of some troubling aspects.

The real problem is Bangladesh is revealed in the account in the Index of Economic Freedom. Its government's bad economic policies include huge barriers to trade, vast amounts of state-owned enterprise, unionization, heavy taxes on foreign investment, a high tax burden, and some of the world's worst political violence and official corruption.

The irony of it all is that Bangladesh is making economic progress in its export sector for fish and clothing. There is no mention of Grameen's contribution to its 5% rate of economic growth in any reliable source.

The best that Professor Yunus could do to help his country would be to use his now-considerable credibility to push for a freer market through radical privatization and free trade. And it is true that he has pushed a bit for halfway privatization in health care. But in general, he has a stake in keeping the status quo just as it is.