GET NEWS AND ARTICLES IN YOUR INBOXPrint
A
A
Home | Mises Library | Markets, Not Unions, Gave us Leisure

Markets, Not Unions, Gave us Leisure 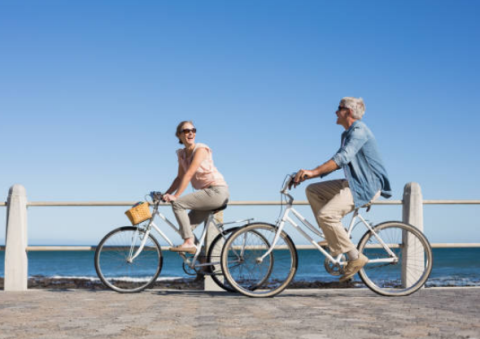 In Human Action Ludwig von Mises wrote that labor unions have always been the primary source of anti-capitalistic propaganda. I was reminded of this recently when I saw a bumper sticker proclaiming one of the bedrock tenets of unionism:  "The Union Movement: The People Who Brought You the Weekend."

Well, not exactly. In the U.S. the average work week was 61 hours in 1870, compared to 34 hours today, and this near doubling of leisure time for American workers was caused by capitalism, not unionism. As Mises explained, "In the capitalist society there prevails a tendency toward a steady increase in the per capita quota of capital invested . . . .  Consequently, the marginal productivity of labor, wage rates, and the wager earners’ standard of living tend to rise continually."

Of course, this is only true of a capitalist economy where private property, free markets, and entrepreneurship prevail. The steady rise in living standards in (predominantly) capitalist countries is due to the benefits of private capital investment, entrepreneurship, technological advance, and a better educated workforce (no thanks to the government school monopoly, which has only served to dumb down the population). Labor unions routinely take credit for all of this while pursuing policies which impede the very institutions of capitalism that are the cause of their own prosperity.

The shorter work week is entirely a capitalist invention. As capital investment caused the marginal productivity of labor to increase over time, less labor was required to produce the same levels of output. As competition became more intense, many employers competed for the best employees by offering both better pay and shorter hours. Those who did not offer shorter work weeks were compelled by the forces of competition to offer higher compensating wages or become uncompetitive in the labor market.

Capitalistic competition is also why "child labor" has all but disappeared, despite unionist claims to the contrary.  Young people originally left the farms to work in harsh factory conditions because it was a matter of survival for them and their families.  But as workers became better paid—thanks to capital investment and subsequent productivity improvements—more and more people could afford to keep their children at home and in school.  Union-backed legislation prohibiting child labor came after the decline in child labor had already begun.  Moreover, child labor laws have always been protectionist and aimed at depriving young people of the opportunity to work.  Since child labor sometimes competes with unionized labor, unions have long sought to use the power of the state to deprive young people of the right to work.  In the Third World today, the alternative to "child labor" is all too often begging, prostitution, crime, or starvation.  Unions absurdly proclaim to be taking the moral high road by advocating protectionist policies that inevitably lead to these consequences.

Unions also boast of having championed safety regulation by the Occupational Safety and Health Administration (OSHA) over the past three decades.  The American workplace has indeed become safer over the past century, but this was also due to the forces of competitive capitalism, not union-backed regulation.

An unsafe or dangerous workplace is costly to employers because they must pay a compensating difference (higher wage) to attract workers.  Employers therefore have a powerful financial interest in improving workplace safety, especially in manufacturing industries where wages often comprise the majority of total costs.  In addition, employers must bear the costs of lost work, retraining new employees, and government-imposed workman’s compensation whenever there is an accident on the job.  Not to mention the threat of lawsuits.

Investments in technology, from air-conditioned farm tractors to the robots used in automobile factories, have also made the American workplace safer.  But unions have often opposed such technology with the Luddite argument that it "destroys jobs."

Mises was right that unions have always been a primary source of anti-capitalistic propaganda.  But since he wrote Human Action American unions have also been at the forefront of lobbying efforts on behalf of the regulation and taxation of business—of capital—that has severely hampered the market economy, making everyone, including unionists, worse off economically.  The regulation of business by the EPA, OSHA, FTC, DOE, and hundreds of other federal, state, and local government bureaucracies constitutes an effective tax on capital investment that makes such investment less profitable.  Less capital investment causes a decline in the growth of labor productivity, which in turn slows down the growth of wages and living standards.

In addition, slower productivity leads to a slower growth of output in the economy, which causes prices to be higher than they otherwise would be; and fewer new products are invented and marketed.  All of these things are harmful to the economic well-being of the very people labor unions claim to "represent."   (Incredibly, there are some economists who argue that unions are good for productivity.  But if that were true, corporations would be recruiting them instead of spending millions trying to avoid unionization).

Mises also pointed out that as business becomes more heavily regulated, business decisions are based more and more on compliance with governmental edicts than on profit-making.  American labor unions continue to call for more regulation of business because, in order for them to survive, they must convince workers—and society—that "the company is the enemy."  That’s why, as Mises noted, union propaganda has always been anti-capitalistic.  Workers supposedly need to be protected from "the enemy" by labor unions.

However, the substitution of bureaucratic compliance for profit-making decisions reduces profitability, usually with little or no benefit to anyone from the regulations being complied with.  The end result is once again a reduction in the profitability of investment, and subsequently less investment takes place.  Wages are stunted, thanks to self-defeating unionist propaganda.  The well-paid union officials may keep their jobs and their perks by perpetuating such propaganda, but they are harming the very people who pay the dues which are used to pay their own salaries.