Legislation and Law in a Free Society 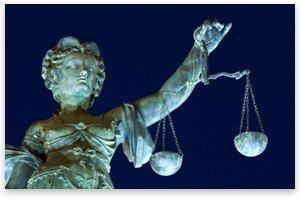 [An earlier version of this article was published in the Freeman, September 1995. It was adapted from a longer essay in the Journal of Libertarian Studies.]

Libertarians and classical liberals have long sought to explain what sorts of laws we should have in a free society. But we have often neglected the study of what sort of legal system is appropriate for developing a proper body of law.

Historically, in the common law of England, Roman law, and the Law Merchant, law was formed in large part in thousands of judicial decisions. In these so-called "decentralized law-finding systems," the law evolved as judges, arbitrators, or other jurists discovered legal principles applicable to specific factual situations, building upon legal principles previously discovered, and statutes, or centralized law, played a relatively minor role. Today, however, statutes passed by the legislature are becoming the primary source of law, and law tends to be thought of as being identical to legislation. Yet legislation-based systems cannot be expected to develop law compatible with a free society.

Certainty, which includes clarity of and stability in the law, is necessary so that we are able to plan for the future. Often it is thought that certainty will be increased when the law is written and enunciated by a legislature, for example in the civil codes of modern civil-law systems.

As the late Italian legal theorist Bruno Leoni pointed out, however, there is much more certainty in a decentralized legal system than in a centralized, legislation-based system. When the legislature has the ability to change the law from day to day, we can never be sure what rules will apply tomorrow. By contrast, judicial decisions are much less able to reduce legal certainty than is legislation.

This is because the position of common-law or decentralized judges is fundamentally different from that of legislators in three respects. First, judges can only make decisions when asked to do so by the parties concerned. Second, the judge's decision is less far-reaching than legislation because it primarily affects the parties to the dispute, and only occasionally affects third parties or others with no connection to the parties involved. Third, a judge's discretion is limited by the necessity of referring to similar precedents. Legal certainty is thus more attainable in a relatively decentralized law-finding system like the common law, Roman law, or customary law, than in centralized law-making systems where legislation is the primary source of law.

Legislation tends to interfere with agreements that courts would otherwise have enforced and thereby makes parties to contracts less certain that the contract will ultimately be enforced. Thus, individuals tend to rely less on contracts, leading them to develop costly alternatives such as structuring companies, transactions, or production processes differently than they otherwise would have.

"There is much more certainty in a decentralized legal system than in a centralized, legislation-based system."

Another pernicious effect of the increased uncertainty in legislation-based systems is the increase of overall time preference. Individuals invariably demonstrate a preference for earlier goods over later goods, all things being equal. When time preferences are lower, individuals are more willing to forgo immediate benefits such as consumption, and invest their time and capital in more indirect (i.e., more roundabout, lengthier) production processes, which yield more or better goods for consumption or for further production. Any artificial raising of the general time-preference rate thus tends to impoverish society by pushing us away from production and long-term investments. Yet increased uncertainty, which is brought about by a legislation-based system, causes an increase in time-preference rates because if the future is less certain, it is relatively less valuable compared to the present.

Ludwig von Mises showed that without a decentralized private-property system, free-market prices, which are essential in economic calculation, cannot be generated. As Leoni has explained, Mises's criticism of socialism also applies to a legislature attempting to "centrally plan" the laws of a society. The impossibility of socialism is only a special case of the general inability of central planners to collect and assimilate information widely dispersed in society. The widely dispersed, decentralized character of knowledge and information in society simply makes it too difficult for centralized legislators to rationally plan the laws of society.1

Legislators' inescapable ignorance also makes them less able to truly represent the general will of the populace and more likely to be influenced by special interests. Because of their ignorance, they have no reliable guide for knowing what statutes to enact, which makes them more likely to be influenced by lobbyists and special-interest groups. This leads to statutes that benefit a select few at the expense of others and, in the long run, at the expense of all of society.

Decentralized law-finding systems like the common law, on the other hand, are analogous to free markets in that a natural order, unplanned by government decrees, arises in both. Additionally, as pointed out by Richard Epstein, because alteration of legislation and regulation is likely to have more of a payoff for lobbyists than convincing a judge to change common-law type rules, judges are also less likely to be the target of special interests than are legislators.

The Proliferation of Laws

Because of the systematic ignorance that legislators face, legislation often disrupts the delicate economic, legal, and social order of society, leading to unintended consequences. And invariably, because of government propaganda combined with public ignorance and apathy, the inevitable failures of legislation are blamed not on interventionist government but on freedom and unregulated human conduct, leading to even more meddlesome legislation.

"When so many laws exist, and with such arcane, vague, complex language as is common today, it becomes impossible for each citizen to avoid being a lawbreaker — especially given the perverse rule that 'ignorance of the law is no excuse'."

Such a continual outpouring of artificial laws has many insidious effects. As special-interest groups become successful, others become necessary for self-defense. Soon a legal war of all against all begins to emerge. Thus we are led into conflict rather than cooperation. Additionally, when so many laws exist, and with such arcane, vague, complex language as is common today, it becomes impossible for each citizen to avoid being a lawbreaker — especially given the perverse rule that "ignorance of the law is no excuse." Almost everyone has violated a tax law, securities regulation, "racketeering" law, gun law, alcohol law, customs regulation, or at least traffic ordinance. But when we are all lawbreakers the law is discredited and, what is worse, the government can selectively and arbitrarily enforce whatever law is convenient against any "troublemaker."

Furthermore, as another Italian theorist, Giovanni Sartori, has pointed out, when legislation is thought of as the primary source of law, citizens become more accustomed to following orders, and thus become more docile, servile, and less independent. Once people lose their rebellious spirit, it is easier and more likely for the government to become tyrannical.

Because of the danger of legislation, several constitutional safeguards should accompany its exercise. Supermajority and referendum requirements are one way to limit the legislature. Another way would be for all legislation to be constitutionally limited to replacing the opinion of a given court decision with a new decision. Then, if a given case or line of cases were issued that had particularly egregious reasoning or results, the legislature could rewrite the unfortunate opinion in better form, and enact this into law, as if the court had first issued the rewritten decision. The rewritten opinion would then assume the status of a judicial precedent, at least for that court.

This limit on the legislature's ability would prevent it from enacting huge legislative schemes out of whole cloth. To the extent the legislated "substitute opinion" strayed from the facts of the particular case, it would be merely dicta, of no binding force.

Sunset provisions that automatically repeal legislation unless reenacted after a given number of years are also useful. Another prophylactic measure would be an absolute right to jury trials in all cases, civil or criminal, so that government could not escape the jury requirement by calling truly criminal sanctions "civil." This should be combined with a requirement that the jury be made aware of their right to judge the law's validity as well as the defendant's liability or guilt.

The Role of Commentators and Codes

Law codes are essential in the development, systematization, and promulgation of law. Modern civil codes of civil-law systems are one example of very impressive and useful codifications that developed under the largely decentralized Roman-law system. However, the dangers of legislation also counsel that legal codifications not be legislated. There is no reason that law codes cannot be privately written. Indeed, Blackstone's Commentaries on the Law of England was private and very successful in codifying the law, and we today have successful, private treatises such as the Restatements of the law. Law codes would be far more rational and systematic (and shorter) if they did not have to take an unwieldy and interfering body of legislation into account — if they could focus primarily on common-law developments.

"When legislation is thought of as the primary source of law, citizens become more accustomed to following orders, and thus become more docile, servile, and less independent. Once people lose their rebellious spirit, it is easier and more likely for the government to become tyrannical."

Both private and statutory codification of existing case law can make mistakes. But if the code is private, judges can ignore the lapses in the codifier's reasoning. This has the extra benefit of giving an incentive to private codifiers not to engage in dishonest reasoning or meddlesome social planning. If a codifier wants his work to be used and acknowledged, he will attempt to accurately describe the existing body of law when he organizes and presents it, and will likely be explicit when recommending that judges adopt certain changes in future decisions.

Both the Roman law and common law have been corrupted into today's inferior legislation-dominated systems. The primacy of legislation should be abandoned, and we should return to a system of judge-found law. Scholars who codify naturally evolved law have a vital function to serve but they should not ask for the governmental imprimatur on their scholarly efforts.

Of course, the form of a legal system does not guarantee that just laws will be adopted. We must always be vigilant and urge that individual freedom be respected, whether by legislator or judge.

Many of the works cited the latter article are now online, some here.