Jean Buridan and the Theory of Money 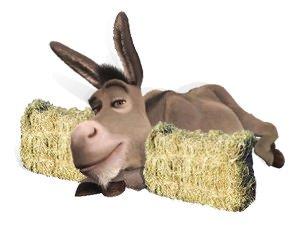 Being a Franciscan and a student of William of Ockham did not prevent the great French philosopher–scientist Jean Buridan de Bethune (1300–1358), born in Picardy, to become rector of the University of Paris, from making the next important contribution to economic thought in the essentialist Thomist tradition. In his Quaestiones, a thorough commentary on Aristotle's Ethics, Buridan continued the Aristotle-Thomas analysis of the exchange value of goods being determined by consumer need or utility. But Buridan also pressed on to point out that a house would never exchange for one garment, since the builder would have to forego a year's worth of food for a much less valuable good. In short, Buridan was groping towards an opportunity-cost concept of cost of production and influence on supply.

More importantly, Buridan advanced beyond the initiative of Richard of Middleton in analyzing the mutual benefit that each party necessarily derives from an exchange. In discussing exchange, Buridan notes that both parties benefit, and that trade is not, as many people believe, a type of warfare in which one party benefits at the expense of another. Furthermore, Buridan proceeds to a sophisticated analysis in which he dramatically shows that two parties to a two-good exchange can both benefit even if the exchange is itself immoral and is to be condemned on ethical or theological grounds. Thus Buridan poses the rather provocative hypothetical:

Because Socrates gave his wife willingly and with her consent to Plato to commit adultery in exchange for ten books, which one of them suffered a loss and which one gained? … Both suffered injury as far as their soul was concerned…[but] with regard to the external good, each gained since he has more than he needs.

For Buridan as for most other scholastics, the just price was the market price. Buridan also provided a sophisticated analysis of how common human need and utility resulted in market prices. The greater the need and hence the greater the demand, the greater the value; also, a reduction in the supply of a product will cause its price on the market to rise. Furthermore, a good is more expensive where it is not produced than where it is, since there is a greater demand for it in the former place; again, the marginal concept is all that is needed to complete the analysis of demand, supply and price. There are also intimations in Buridan of different valuations by market participants resulting in a single price, with varying consumer and producer psychic surpluses for each participant.

But the main great leap forward in economics contributed by Jean Buridan was his virtual creation of the modern theory of money. Aristotle had analyzed the advantages of money, and its overcoming of the double-coincidence-of-wants problem of barter, but his outlook was clouded by his fundamental hostility to trade and money-making. To Aristotle, therefore, money was not natural but an artificial convention, and therefore basically a creature of the state or polis. Aquinas's theory of money was basically confined within the Aristotelian shackles. It was Jean Buridan who broke free of those shackles and founded the "metallist" or commodity theory of money, i.e., that money originates naturally as a useful commodity on the market, and that the market will pick the medium of exchange, almost always a metal if available, possessing the best qualities to serve as a money.

Money then, for Buridan, is a market commodity, and the value of that money, just as in the case of other market commodities, "must be measured by human need." Just as the values of exchangeable goods "are proportionate to human need, so they will be proportionate to money, itself proportionate to human need." Thus, Buridan remarkably set the agenda for determining the value or price of money, on the same principles of utility that determine the market prices of goods: an agenda which would only be fulfilled six centuries later in 1912 by the Austrian Ludwig von Mises, in his Theory of Money and Credit.

Foreshadowing the Austrians Menger and von Mises, Buridan insisted that an effectively functioning money must be composed of a material possessing a value independent of its role as money, i.e., it must consist of a market commodity originally useful for non-monetary purposes. Buridan then went on to catalogue those qualities that lead the market to choose a commodity as a medium of exchange or money, such as portability, high value per unit weight, divisibility and durability — qualities possessed most strikingly by the precious metals gold and silver. In that way, Buridan began the classification of monetary qualities of commodities which was to constitute the first chapter of countless money and banking textbooks down to the end of the gold standard era in the 1930s.

Thus, not only did Jean Buridan found the theory of money as a market phenomenon; he thereby took money out of the mystique of being solely a creation of the state, and put it on a par with other goods as a product of the marketplace.

A not very happy modern spinoff of Buridan's theory of volition emerged in the 1930s as part of the indifference-curve analysis. Buridan postulated a perfectly rational ass who found himself equidistant between two equally attractive bundles of hay. Indifferent between the two choices and therefore unable to choose, the perfectly rational ass could choose neither and thereby starved to death. What this example overlooked is that there is a third choice, which presumably the ass liked the least: starving to death. So that it was therefore "perfectly rational" not to starve to death but rather to choose one of the two bundles even at random (and then to proceed to the second bundle).1