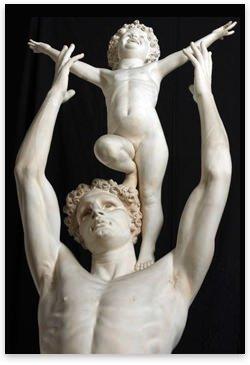 Libertarianism is both old and new. It is rooted in ancient ideas of natural justice, fairness, peace, and cooperation. You could even say that any civilized society is already somewhat libertarian. After all, civilization requires peace and cooperation, which imply respect for others' rights. This is what the libertarian seeks.

To be sure, there are deviations from ideal libertarianism, in the form of both private crime and public crime — that is, state regulations and laws that derogate from private-property rights. But the prosperity of the modern age is the result of human cooperation and free markets, and it exists despite deviations from libertarian principles. Most people would not steal their neighbor's property even if they could get away with it. They respect their neighbors' libertarian rights already — to a certain degree.1

But libertarianism is new, too. It is fresh and radical. Depending on when you peg its origins, it is at most only a couple hundred years old. Arguably, modern, full-fledged, sophisticated, radical libertarianism begins with Rothbard, so it is really only 50 or 60 years old — For A New Liberty was published in 1973.

But libertarianism is primarily concerned with individual rights, and thus with aggression — crime — as the fundamental enemy of rights. There is private crime, yes. But the state is an agency of institutionalized aggression and is the primary threat to civilization and rights. Thus, libertarianism has to be informed by Austrian economics, and it has to be radically antistate. As the greatest student of Ludwig von Mises, Rothbard was ideally suited to systematize and radicalize individualist libertarian thought and integrate it, as it had to be, with Austrian economics.

Rothbard was one of those rare individuals who did contribute to ethics as well as economics.

This is illustrated in The Ethics of Liberty. All elements and principles — every concept, analytical tool, and logical procedure — of Rothbard's private-property ethic are admittedly old and familiar. Even primitives and children intuitively understand the moral validity of the principle of self-ownership and original appropriation. And indeed, the list of Rothbard's acknowledged intellectual predecessors goes back to antiquity. Yet, it is difficult to find anyone who has stated a theory with greater ease and clarity than Rothbard. More importantly, due to the sharpened methodological awareness derived from his intimate familiarity with the logical, axiomatic-deductive method, Rothbard was able to provide more rigorous proof of the moral intuitions of self-ownership and original appropriation as ultimate ethical principles or "axioms," and develop a more systematic, comprehensive, and consistent ethical doctrine or law code than anyone before him. Hence, The Ethics of Liberty represents a close realization of the age-old desideratum of rationalist philosophy of providing mankind with an ethic which, as Hugo Grotius demanded more than 300 years ago, "even the will of an omnipotent being cannot change or abrogate" and which "would maintain its objective validity even if we should assume — per impossibile — that there is no God or that he does not care for human affairs."2

The Law Code of the purely free society would simply enshrine the libertarian axiom: prohibition of any violence against the person or property of another (except in defense of someone's person or property), property to be defined as self-ownership plus the ownership of resources that one has found, transformed, or bought or received after such transformation. The task of the Code would be to spell out the implications of this axiom (e.g., the libertarian sections of the law merchant or common law would be co-opted, while the statist accretions would be discarded). The Code would then be applied to specific cases by the free-market judges, who would all pledge themselves to follow it.

And in his preface to The Ethics of Liberty, Rothbard said,

In addition to applying libertarian principles in this manner, there is much to digest in Rothbard's body of writing alone, not to mention that of other important thinkers. In the last 30 to 50 years there has been an explosion of libertarian and free market books and articles. As more and more people discuss and think about these ideas, new issues, questions, and solutions arise. Students of liberty — as we all are — grapple regularly with hundreds of interesting, fun, and sometimes difficult questions, such as

My new online Mises Academy course, Libertarian Legal Theory: Property, Conflict, and Society, will discuss these and many other issues.4 The course follows on the heels of my last Mises Academy course, Rethinking Intellectual Property: History, Theory, and Economics, about which one student wrote me at the completion of the course,

Thank you so very much for all the excellent work — very few classes have really changed my life dramatically, actually only 3 have, and all 3 were classes I took at the Mises Academy, starting with Rethinking Intellectual Property (PP350) (the other two were EH476 (Bubbles), and PP900 (Private Defense)). …

My purposes for taking the classes are: 1. just for the fun of it, 2. learning & self-education, and 3. to understand what is happening with some degree of clarity so I can eventually start being part of the solution where I live — or at least stop being part of the problem.

The IP class was a total blast — finally (finally) sound reasoning. All the (three) classes I took dramatically changed the way I see the world. I'm still digesting it all, to tell the truth. Very few events in my life have managed to make me feel like I wished I was 15 all over again. Thank you. …

[M]uch respect and admiration for all the great work done by all the members of the whole team.

The new course will include material that was developed for three lectures I gave at the Mises Institute's 2002 Rothbard Graduate Seminar, and will cover several topics, including (time permitting)

The assigned reading material will all be available free online, most of it on Mises.org, and will include

I love libertarianism. It's a great intellectual adventure. This should be a fun course, both for beginners and more advanced libertarians. I look forward to seeing you there.