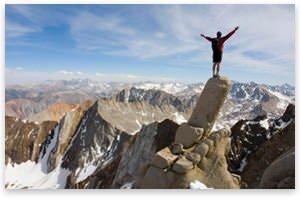 One of the implications that can be logically deduced from the irrefutably true axiom of human action is that human action is purposeful (or conscious) action — action that is directed at attaining certain ends.

This insight is essential for fully understanding Mises's reconstruction of economics as a formal-logical science (praxeology, as he called it), and all the implications that can be deduced from it.

These implications include, for instance, that cause and effect (causality) and time are categories of human action, that means are scarce with respect to the ends that they could possibly serve, and that the existence of human action implies uncertainty about the future course of events.

However, the truth claim that human action is purposeful action may all too easily invite criticism. For instance, couldn't one challenge Mises's insight by saying that many decisions people make are not purposeful, but rest on arbitrariness, whim, or impulse?

Rejecting the insight that human action is purposeful would call into question the truth claims that can be derived from the axiom of human action. This would open the door for methodological disorientation and, as a result, false theories in the field of economics.

Given the importance of understanding the irrefutable truth that human action is purposeful action, it is worthwhile to briefly remind ourselves how Mises arrives at his insight, which he deduces from the axiom of human action.

As noted earlier, the axiom of human action is irrefutably true. It is a self-evident proposition whose truth-value cannot be denied. Any attempt at denial would result in an insoluble intellectual contradiction, because saying "Humans cannot act" is a form of human action.

Action is replacing "a more satisfactory state of affairs for a less satisfactory," and man must make use of means to attain ends. Means, in turn, are always scarce with regard to the attainment of ends. If means were not scarce, they wouldn't be subject to economizing, and so there couldn't be any action — and this is, of course, impossible to believe.

It is in this sense that human action is purposeful action — that is, making use of means for attaining certain ends. And praxeology remains unconcerned about the content of certain ends or how concrete ends were motivated.

Human action is purposeful behavior. Or we may say: Action is will put into operation and transformed into an agency, is aiming at ends and goals, is the ego's meaningful response to stimuli and to the conditions of its environment, is a person's conscious adjustment to the state of the universe that determines his life. Such paraphrases may clarify the definition given and prevent possible misinterpretations. But the definition itself is adequate and does not need complement of commentary.

At the same time, Mises states that not all actions performed by humans qualify as purposeful actions. He explicitly refers to nonpurposeful (or: unconscious) action, namely "the reflexes and the involuntary responses of the body's cells and nerves to stimuli."

Would Mises's reference to nonpurposeful action allow the conclusion that there are humans who do not act as implied by the axiom of human action? As will be shown below, the question can be answered in the negative.

(1) To start with, it should be noted that the insight that human action is purposeful action is not related to psychology. Whereas the latter aims at explaining the workings of the inner (mental) events of a person and the motives that lead to certain action, praxeology is strictly confined to the logic of human action.

(2) To Mises, examples of nonpurposeful action are the workings of the body (the beating of the heart, breathing, etc.) and reflexive, involuntary responses to stimuli (e.g., noise-related flinching). Nonpurposeful action has, in Mises's understanding, the same status as external data: it is part of the general conditions under which human action — the purposeful action — takes place.

The unconscious behavior of the bodily organs and cells is for the acting ego no less a datum than any other fact of the external world. Acting man must take into account all that goes on within his own body as well as other data, e.g., the weather or the attitudes of his neighbors.

Insofar as these conditions are overcome by action (such as, for instance, suppressing reflexes), human beings actually extend their scope of purposeful action: "If a man abstains from controlling the involuntary reaction of cells and nerve centers, although he would be in a position to do so, his behavior is from our point of view purposeful."

(3) Is it possible to draw an exact line between purposeful and nonpurposeful action? A human fetus, a human asleep, or a person under the influence of drugs may show action that seems — to an observer — nonpurposeful rather than purposeful.

However, the observer is in no position at all to come up with the conclusion that a person is not acting purposefully, no matter how nonpurposeful, meaningless, or nonsensical a person's action may appear to him. Even an insane person or a person under the influence of drugs acts, and thereby aims at achieving certain ends.[2]

People are sometimes prepared to believe that the boundaries between conscious behavior and the involuntary reaction of the forces operating within man's body are more or less indefinite. This is correct only as far as it is sometimes not easy to establish whether concrete behavior is to be considered voluntary or involuntary. But the distinction between consciousness and unconsciousness is nonetheless sharp and can be clearly determined.

(4) In a final step, it is worthwhile to highlight the consequences that a denial of the truth claim that human action is purposeful action would imply.

The denial of purposefulness in man's attitudes can be sustained only if one assumes that the choosing both of ends and of means is merely apparent and that human behavior is ultimately determined by physiological events which can be fully described in the terminology of physics and chemistry.

Even the most fanatical champions of the "Unified Science" sect shrink from unambiguously espousing this blunt formulation of their fundamental thesis. There are good reasons for this reticence. So long as no definite relation is discovered between ideas and physical or chemical events of which they would occur as the regular sequel, the positivist thesis remains an epistemological postulate derived not from scientifically established experience but from a metaphysical world view.…

But it is evident that such a metaphysical proposition can in no way invalidate the results of the discursive reasoning of the sciences of human action. The positivists for emotional reasons do not like the conclusions that acting man must necessarily draw from the teachings of economics. As they are not in a position to find any flaw either in the reasoning of economics or in the inferences derived from it, they resort to metaphysical schemes in order to discredit the epistemological foundations and the methodological approach of economics."

To conclude, Mises showed that human action is purposeful action: the purposeful attempt to remove a felt uneasiness or to replace a less satisfactory state of affairs with one that is more satisfactory. It logically follows from the axiom of human action.

Nonpurposeful behavior is, as far as praxeology is concerned, to be classified as external data, part of the general conditions under which human action takes place. It is outside the scope of praxeology.

While a distinct line can be drawn between purposeful and nonpurposeful action at a conceptual level, such a distinction cannot necessarily be detected by the outsider through observation — but this does not invalidate the distinction drawn by Mises.

Human action is purposeful action. This knowledge is derived logically from the irrefutably true axiom of human action, which is at the heart of praxeology.