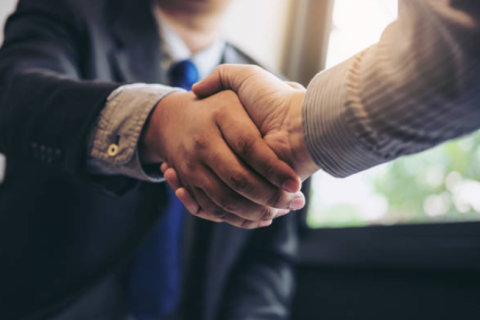 [Originally published in German in 1968]

For every species of animals and plants the means of subsistence are limited. Hence every living being's vital interests are implacably opposed to those of all members of its own species. Only human beings know how to overcome this irreconcilable, nature-given conflict by embarking upon cooperation. The higher productivity of work performed under the principle of the division of labor substitutes for the grim antagonism created by the scarcity of food the solidarity of interests of people intentionally aiming at common goals. The peaceful exchange of commodities and services, the market process, becomes the standard type of interhuman relations. Mutual agreement of the parties displaces the recourse to violence, to the law of the stronger.

The inherent deficiency of this method of solving mankind's fundamental problem (and there is no other method available) is to be seen in the fact that it depends on full and unconditional cooperation of all human beings and can be frustrated by the noncooperation of any individual. There is no other means available to eliminate violent interference with human affairs than the recourse to more powerful violence. Against individuals or groups of individuals who are resorting to violence or are not complying with their obligations resulting from contracts nothing avails but the recourse to violent action. The market system of voluntary agreements cannot work if not backed up by an apparatus of compulsion and coercion ready to resort to violence against individuals who are not strictly abiding by the terms and rules of mutual agreement. The market needs the support of the state.

The market in the broadest sense of the term is the process that encompasses all voluntary and spontaneous actions of men. It is the realm of human initiative and freedom and the soil upon which all human achievements thrive.

The state, the power protecting the market against destructive recourse to violence, is a grim apparatus of coercion and compulsion. It is a system of orders and prohibitions, and its armed servants are always ready to enforce these laws. Whatever the state does, is done by those subject to its commands. State power forced its subjects to build pyramids and other monuments, hospitals, research institutes, and schools. People see these achievements and praise their authors to the skies. They do not see the buildings that state power destroyed. Nor do they see those structures that were never constructed because the government had taxed away the means that individual citizens had destined for their erection.

There is today practically no limit to the peoples' and their rulers' pro-statist or, as one says today, prosocialist enthusiasm. Hardly anybody is courageous enough to raise objections if some expansion of state power — popularly styled the "public sector of the economy" — is suggested. What slows down and in most fields almost stops the progress toward more socialization of business enterprises is the manifest financial failure of almost all nationalization and municipalization ventures. In this regard, reference to the US Post Office plays an important role in present-day social philosophies and economic policies. Its well-known inefficiency and its enormous financial deficit demolish the popular fables about the virtues of the conduct of affairs by the state, the social apparatus of violent action.

It is impossible to defend honestly the case for violence against the case for peaceful cooperation. Thus the advocates of violence are resorting to the trick of calling the methods of violence and threat of violence to which they resort "nonviolence." The outstanding case is that of labor unionism. Its essential procedure, the use of violent action of various kinds1 or the threat of such action, is to prevent enterprises from working with the aid of people who do not obey the unions' orders. They have succeeded in giving to the military term "picketing" a "peaceful" connotation. Yet, precisely in the way they apply it, it includes the willingness to kill and destroy by brute force.

The fundamental antagonism between the realm of mutual peaceful agreement and that of compulsion and coercion cannot be eradicated by idle talk about two "sectors" of the economy, the private and the public. There is no conciliation between constraint and spontaneity. The attempts to resuscitate the totalitarianism of the Pharaohs of Egypt or of the Incas of Peru are doomed. And violence does not lose its antisocial character by being rebaptized "nonviolence." All that man has created was a product of voluntary human cooperation. All that violence has contributed to civilization consists in the — certainly indispensable — services it renders to the endeavors of peace-loving people to restrain potential peace breakers.

Western civilization appreciates and always appreciated liberty as the greatest good. The history of the West is a record of struggles against tyranny and for freedom. In the 19th century the idea of the individual's freedom as developed by the ancient Greeks and resuscitated by the Europeans of the Renaissance and the Enlightenment seemed even to work upon the backward people of the East. Optimists were talking about a coming age of freedom and peace.

What really happened was just the opposite. The 19th century, very successful in the natural sciences and their technological utilization, begot and made popular social doctrines that depicted the total state as the ultimate design of human history. Pious Christians as well as radical atheists rejected the market economy, vilifying it as the worst of all evils. While capitalism increased the productivity of economic effort in an unprecedented degree and the standard of living of the masses in the capitalistic countries improved from year to year, the Marxian doctrine of the unavoidable progressive pauperization of the "exploited classes" was accepted as an incontestable dogma. Self-styled intellectuals, yearning and striving hard for what they style the dictatorship of the proletariat, pretend to continue the endeavors of all the great champions of freedom.

The social and political ideal of our age is planning. No longer should the individuals have the right and the opportunity of choosing the mode of their integration into the system of social cooperation. Everybody will have to comply with the orders issued by society's — i.e., the state's, the police power's — supreme office. From the cradle to the coffin everybody will be forced to behave precisely as he is ordered to behave by the makers of the "plan." These orders will determine his training and the place and the kind of his work as well as the wages he will receive. He will not be in a position to raise any objections against the orders received; according to the philosophy underlying the system, the planning authority alone is in a position to know whether or not the order is or is not in accordance with its plan for the "socially" most desirable conduct of affairs.

The total enslavement of all members of society is not a merely accidental attendant phenomenon of the socialist management. It is rather the essential feature of the socialist system, the very effect of any thinkable kind of a socialist conduct of business. It is precisely this that the socialist authors had in mind when they stigmatized capitalism as "anarchy of production" and asked for the transfer of all authority and power to "society." Either a man is free to live according to his own plan or he is forced to submit unconditionally to the plan of the great god state.

For the first time in human history there is perfect agreement between the majority of the so-called intellectuals and the vast majority of all other classes and groups of people. Passionately and vehemently they all want planning — i.e., their own total enslavement.

Individual Freedom and the Market Economy

The characteristic feature of the capitalistic society is the sphere of activity it assigns to the initiative and responsibility of its members. The individual is free and supreme as long as he does not restrict the freedom of his fellow citizens in pursuance of his own ends. In the market he is sovereign in his capacity as a consumer. In the governmental sphere he is a voter and in this capacity a part of the sovereign lawgiver. Political democracy and democracy of the market are congeneric. In the terminology of Marxism one would have to say: representative government is the superstructure of the market economy as despotism is the superstructure of socialism.

The market economy is not merely one of various thinkable and possible systems of mankind's economic cooperation. It is the only method that enables man to establish a social system of production to which the unswerving tendency is inwrought to aim at the best possible and cheapest provisioning of the consumers.