GET NEWS AND ARTICLES IN YOUR INBOXPrint
A
A
Home | Mises Library | The Hangover Theory? 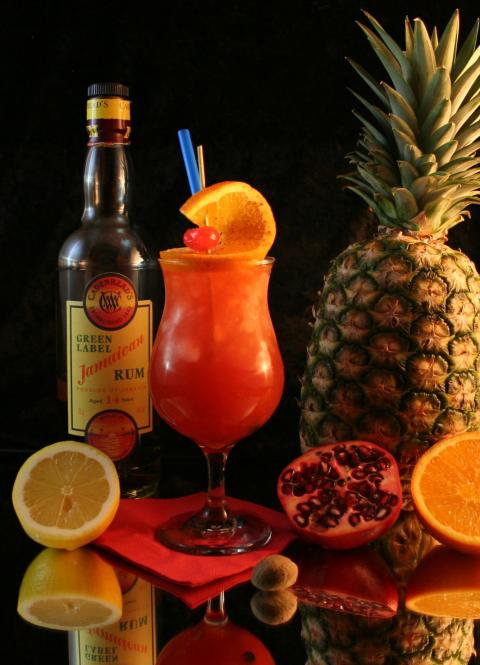 Many media pundits compare the business cycle to a party in which the host (the central bank) takes away the punch bowl (raises interest rates) just as the party (the boom) is really getting underway. The idea is that tight money and credit policies trigger recessions. Ergo, loose or easy credit policy is the way to prevent a recession.

In contrast, the Austrian business cycle theory traces the cause of economic recession (bust) back to the beginning of the party (the boom). The host is guilty, not of taking away the punch bowl and spoiling the party, but of spiking the punch and thus causing many of the partygoers to suffer from an unanticipated hangover. The party is wilder from the start, but the next-day consequences and cleanup are more severe than they need be. The downturn is the ultimate consequence of malinvestment initiated by previously created credit as the result of central bank policy.

Such is the Austrian theory in its broadest possible outlines. But Paul Krugman, perhaps the most famous media pundit/economist on earth, has long denounced what he believes to be the Austrian theory. In his recent piece, "No, Virginia, recession need not be inevitable," published in The New York Times, he criticizes what he labels a "misguided economic doctrine," the "hangover theory" of the business cycle. But what he labels a fallacy is a fallacy only because he either does not understand the correct theory or intentionally misrepresents it.

Krugman is correct—a recession need not be inevitable—but he is correct for the wrong reason. Krugman would avoid the hangover by attempting to keep the party participants perpetually intoxicated. He advocates reinitiating extensive credit creation by the central bank as a means to continuous prosperity and growth. He correctly identifies the central bank as the villain, but for the wrong reason—the contraction of credit at the crisis phase of the cycle— rather than for the correct reason, the artifical expansion of credit before and during the boom.

Let us first examine the correct theory. The correct theory begins by properly distinguishing between sustainable and unsustainable growth, as done by Roger Garrison in Time and Money: The Macroeconomics of Capital Structure (Routledge, 2001). Sustainable growth is growth consistent with consumer/producer tastes and preferences and resource availability. Investment is financed by credit made available from previous saving.

Unsustainable growth occurs when the central banks's creation of credit (often accompanied by crony capitalism) allows investment to exceed available savings. The amount and type of investment and growth are not consistent with preferences and resource availability. The process generates significant malinvestment and the possible consumption of capital. The downturn is inevitable because production has been misdirected by central bank action.

The onset of the crisis may or may not be accompanied by a higher market rate of interest . It is more likely that the rate of interest and credit availability will play a significant role. As the boom progresses, entrepreneurs will need progressively larger increases in the supply of money credit to continue the process of building the new structure of production in the face of increasing relative demands for consumers’ goods. The increased demand for credit needed to maintain the new investment proportions, the less liquid positions of banks, and/or a tighter monetary policy by a central bank fearful of the effects of inflation should cause the market rate of interest to increase. Investment cycles typically end in a credit crunch, with a comparatively sudden and simultaneous financial ‘crisis’ for numerous firms.

During the crisis and downturn, the results of previous excessive speculation are corrected. One need only examine the business section of any daily newspaper to find examples of this process currently at work. Both the form and the quantity of investment change. Investment will be made in shorter processes, in less durable goods, and in less labor-saving goods. Demand for inputs in these "shorter" processes will intensify, but at the same time, demands for inputs in longer, more durable, or more labor-saving processes will decline. The net demand for inputs in investment industries will decrease. Layoffs and idle capacity should develop in these industries.

The recession is the corrective phase of the cycle; market forces have begun to reassert themselves. Once a crisis has begun, policymakers must walk a fine line. If market processes are not interfered with by government policies, the recession that follows the crisis will be sharp and short and will eliminate and correct the past errors and malinvestments. In other words, the economy moves on.

If the government interferes with the market processes, however, the adjustment may be postponed, but the recession eventually will be more severe and, most likely, more prolonged. William Anderson ("What Happened to Japan") shows how such interference is currently affecting Japan. Vedder and Gallaway in Out of Work, Murray Rothbard in America’s Great Depression,  and Benjamin M. Anderson in Economics and the Public Welfare provide ample historical evidence with an emphasis on comparing the 1920-21 crisis, which fits the recovery-without-interference model, and the Great Depression, which was a crisis followed by significant interference in the pricing system.

Krugman incorrectly suggests the economy "move on," not by allowing the appropriate liquidations, asset repricing, and asset and labor reallocation, but by reinitiating the credit creation policies. But expansionary policies in this phase of the cycle are counterproductive, as shown by Vedder and Gallaway in the most recent issue of the Quarterly Journal of Austrian Economics. The economy does not correct and move on; the day of necessary correction and reallocation of resources are only postponed not prevented.

As explained by Ludwig von Mises in Interventionism: An Economic Analysis (p. 40):

The downturn follows in either instance. Stable, full employment will only be restored when the structure of production again becomes adjusted to the plans of consumers, when sustainable growth is restored.

What can be done in the current environment? In the short run, the Federal Reserve must cease creating credit, but it must also avoid a secondary deflation or decline in the money supply. Current policy has achieved neither objective. Monetary base growth has been erratic. Monthly, annualized growth rates have recently ranged from 50 percent in late 1999 to a -30 percent in early 2000.

Most recently the base grew at a 10.9-percent rate in January 2001 and a 6.3-percent rate in February, with a yearly growth from February 2000 to February 2001 of 3 percent (all data from the Federal Reserve Bank of St. Louis). During the same period, a broader measure of money, MZM or  money of zero maturity, has had growth rates fluctuate from above 10 percent monthly at an annual rate to rates close to 0 percent. With current monetary institutions, both objectives could be best achieved by policy directed toward a 0-percent increase in the monetary base. In the long run, the best cure is prevention. Monetary reform based on Mises’s concept of sound money must be seriously considered and adopted.