The Friedmanite Corruption of Capitalism 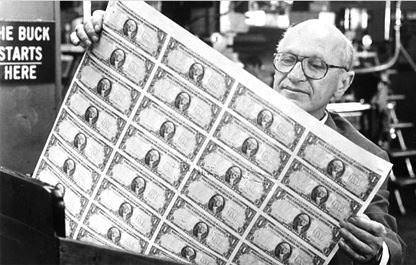 All throughout his new book, The Great Deformation: The Corruption of Capitalism in America, David A. Stockman is critical of the Chicago School, especially its intellectual leader during the last half of the twentieth century, Milton Friedman. He captures the irony of the so-called free-market Chicago School on the very first page of his introduction, where he writes of the “capture of the state, especially its central bank, the Federal Reserve, by crony capitalist forces deeply inimical to free markets and democracy.”

This is a deep irony because it was Chicago School economists such as George Stigler who wrote of the “capture theory of regulation” when it came to the trucking industry, the airline industry, and many others. That is, they produced dozens of scholarly articles demonstrating how government regulatory agencies ostensibly created to regulate industry “in the public interest” are most often “captured” by the industry itself and then used not to protect the public but to enforce cartel pricing arrangements.

This was all good, solid, applied free-market economics, but at the same time the Chicago Schoolers ignored the biggest and most important regulatory capture of all — the creation of the Fed. The Chicago School simply ignored the obvious fact that the Fed was created as a governmental cartel enforcement mechanism for the banking industry — during an era when many other kinds of regulatory institutions were being created for the same purpose (i.e., “natural monopoly” regulation).

Not only did the Chicago School ignore this glaring omission from its “capture theory” tradition of research on regulation; it also ignored the realistic, economic analysis of political decision making that was an important part of the research of the two most famous Chicago School Nobel laureates next to Friedman — George Stigler and Gary Becker. Stigler and Becker published some important articles in the field that is better known as public choice, or the economics of political decision making. Friedman himself had long been an advisor to Republican politicians, so no one could credibly argue that Chicago School economists were naïve about the realities of politics.

However, if Friedmanite monetarism was anything, it was naïve about political reality. The fatal flaw of Friedman’s famous “monetary rule” of constant growth of the money supply in the 3-4 percent range was premised on the assumption that a machine-like Fed chairman would selflessly pursue the public interest by enforcing Friedman’s monetary rule. According to Friedman, Stockman writes, “inflation would be rapidly extinguished if money supply was harnessed to a fixed and unwavering rate of growth, such as 3 percent per annum.” This was the fundamental assumption behind monetarism, and it flew in the face of everything the Chicago Schoolers purported to know about political reality. In other words, Friedmanite monetarism was never a realistic possibility, for as Friedman himself frequently said of all other governmental institutions besides the Fed, a government institution that is not political is as likely as a cat that barks like a dog. Friedman’s monetary rule, Stockman concludes, was “basically academic poppycock.” He mocks the idea of a “monetary rule” as the “idea that the FOMC [Federal Reserve Open Market Committee] would function as faithful monetary eunuchs, keeping their eyes on the M1 gauge and deftly adjusting the dial in either direction upon any deviation from the 3 percent target.” This was “sheer fantasy,” says Stockman, and an extreme example of “political naivete.”

Stockman also takes Friedman and the Chicago School to task by writing that “Friedman thoroughly misunderstood the Great Depression and concluded erroneously that undue regard for the gold standard rules by the Fed during 1929-1933 had resulted in its failure to conduct aggressive open market purchases of government debt.” Stockman debunks the notion that the Fed failed to pump enough liquidity into the banking system by merely noting that “there was no liquidity shortage” during that period and “commercial banks were not constrained at all in their ability to make loans or generate demand deposits (M1). “Friedman thus sided with the central planners,” writes Stockman, in “contending that the ... thousands of banks that already had excess reserves should have been doused with more and still more reserves, until they started lending and creating deposits in accordance with the dictates of the monetarist gospel.” As a matter of historical fact, Stockman points out, “excess reserves in the banking system grew dramatically during the forty-five month period, implying just the opposite of monetary stringency” (i.e., Friedman’s main argument). Thus, “there is simply no case that monetary stringency caused the Great Depression.”

The current Fed chairman, Ben Bernanke, based his academic career on the false Friedmanite theory of the Great Depression, Stockman writes. Bernanke’s “sole contribution to this truly wrong-headed proposition was a few essays consisting mainly of dense math equations. They showed the undeniable correlation between the collapse of GDP and money supply, but proved no causation whatsoever.” Thus, the old saying about “how to lie with statistics” was matched by “how to mislead with mathematical models.”

Stockman makes the case that the Austrian business cycle theory is a far more reliable source of understanding about the Great Depression. “[T]he great contraction of 1929-1933 was rooted in the bubble of debt and financial speculation that built up in the years before 1929,” he writes, and “not from mistakes made by the Fed after the bubble collapsed.” Friedman’s monetary theory, in other words, was not based on “positive economics” or historical reality, but was assumed to be “an a priori truth” merely because it was the “great” Milton Friedman who authored it. In any event, Friedman’s entire theory of the Great Depression has been “demolished” by his intellectual disciple, Ben Bernanke, who increased the excess reserves of the U.S. banking system from $40 billion to $1.7 trillion as of 2012 with little or no recognizable effect on the real economy.

Perhaps Friedman’s biggest sin, according to Stockman, was being the “brains” behind Richard Nixon’s executive order in 1971 that removed gold standard restraints on monetary printing. Friedman therefore assisted in the institutionalization of “a regime which allowed politicians to chronically spend without taxing,” he writes. Ironically, “the nation’s most famous modern conservative economist became the father of Big Government, chronic deficits, and national fiscal bankruptcy.” “For all practical purposes ... it was Friedman who shifted the foundation of the nation’s money supply from gold to T-bills.”

Stockman describes Friedman’s political naivete as mind boggling. “Friedman never even entertained the possibility that once the central bank was freed from the stern discipline of protecting its gold reserves, it would fall into the hands of monetary activists and central planners” and that the Fed would “become a fount of rationalizations for incessant tinkering and intervention in financial markets.” Printing dollars with reckless abandon, the Fed fueled commodity booms in the 1970s, followed by busts and crashes, and then did the same with stock and real estate markets in the succeeding decades.