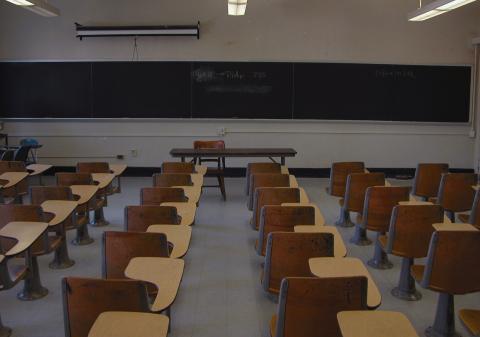 A common view promoted by advocates of "free" or public education is that a system primarily based on fees would cause many children to forego an education. Subsequently, literacy rates would decline, and America would slide down a slippery slope toward low economic growth and stagnation. Whether education is part and parcel to economic growth is not the concern of this article. Rather, the charge of illiteracy in a fee-based or privatized system seems to be weak at best, considering the history of education in America and England.

England's system of education was not completely "free" until 1870. However, literacy and attendance had been steadily climbing for hundreds of years. In 1640, male literacy in London was more than 50%, and more than 33% in the countryside. These rates were obtained under a privately administered fee-based educational system.1 As the demand for education rose during the Industrial Revolution, however, private schools grew to supply consumer needs. By 1818, one of every fourteen people in the total population attended school for some period. Twice as many children attended school only ten years later. A Government Report of 1833 (criticized for underreporting attendance levels) found a 73% increase in the number of schooled children between 1818 and 1833.2 During 1833, 58% of attendees paid full fees, while only 27% received endowments for education.3

The private system continued to grow in England. Attendance in day school had reached one of every 8.36 of the total population by 1851, and one of every 7.7 by 1861. The Education Act of 1870 provided "free" schools for the entire population. In 1975, however, after over 100 years of "free" schooling, the figure dropped only to one of every 6.4 citizens.4 The private investment in education in England prior to the Education Act is phenomenal considering the circumstances. The wages of children were still an important part of the average family budget. Eddie West estimates that a full one percent of Net National Income was spent on day-school education alone in 1833. This figure exceeds that of America in 1860. Moreover, it exceeds the figures of 1860 Germany and 1880 France where education was free and compulsory.5 West argues that the goal of educating 100% of the population is unattainable. But if universal education means at least 90% attendance, then a private system of universal education had been achieved in England by 1860—a full ten years before education became "free."6

The situation in America roughly parallels that in England. In 1650, male literacy in America was 60%. Between 1800 and 1840, literacy in the Northern States increased from 75% to 90%, and in Southern States from 60% to 81%. These increases transpired before the famous Common School Movement led by Horace Mann caught steam. Massachusetts had reached a level of 98% literacy in 1850. This occurred before the state's compulsory education law of 1852. Senator Edward Kennedy's office released a paper in the 1980s stating that literacy in Massachusetts was only 91%.7

While some people might wonder exactly what literacy entailed during the early Nineteenth Century, anecdotal evidence points to a highly educated and refined populace. In his book Separating School and State, Sheldon Richman gives a variety of examples of the sophisticated nature of America's readers. Thomas Paine's Common Sense sold 120,000 copies to a population of three million—the equivalent of ten million copies in the 1990s. Noah Webster's Spelling Bee sold five million copies to a population of less than twenty million in 1818. Walter Scott's novels sold the same number between 1813 and 1823—the equivalent of sixty million copies in the 1990s. James Fenimore Cooper's The Last of the Mohicans also sold millions of copies. Scott and Cooper are certainly not written on today's fourth-grade level. Travelers to America during the period such as Alexis de Tocqueville and Pierre du Pont were amazed at the education of Americans.8 The reading public of Victorian England is so famous that numerous books and college literature courses are devoted to the subject. In fact, England eventually passed a paper tax to quell a public the leaders felt was too smart.

The reason behind the successes of private, fee-based systems should be elementary to any student of economics: Private businesses are consumer oriented. The feedback of profit and loss tells an entrepreneur when they satisfy, or fail to satisfy, the needs of consumers. Entrepreneurs who continue to lose eventually cease to be entrepreneurs. Conversely, profit is a reward to entrepreneurs who correctly anticipate consumer wants. A brief look at the private schools of the period attests to these facts. Private schools offered a varied curricula to students. While public schools concerned themselves with the three R's, private schools offered courses in geography, bookkeeping, geometry, trigonometry, surveying, French, German, history, and sometimes dancing.9 Specialty and night schools emerged to meet the growing demand of consumers. Many states cut local funding for schools after the American Revolution, but private education thrived.

Why then, did Mann and other so-called reformers lead a call-to-arms to bring public, free schools to all children? One reason is that consumers preferred the quality of the private schools. Although attendance per se did not decline from 1830 to 1840, attendance in public schools began to fall faster and faster. Mann and his followers developed many arguments to attack the private schools. Such arguments ranged from bad parents who refused to educate their children, to calls of private education being "undemocratic." Economic arguments concerning economic growth, crime, and educated voters were also used in an attempt to solidify the position of public schools. Once educators and administrators organized into powerful lobbying groups, the die of our modern public system was cast. Few people can afford to pay for education twice: once through fees, and once through the fiat of taxation.

Most people now realize the failure of public schools, even those who seek only to reorganize a bad system. Parents certainly realize this fact, since private and home schooling is again on the rise. Apparently, many people find that paying twice for education is better than receiving little education at all. Economic theory shows us that private businesses cater to the needs of diverse consumers far better than bureaucracies. History tells us that a private system is feasible, that those at the bottom of the ladder will gain the education they need, and that literacy will not suffer if the mass of the pubic education system disappears—if only we will listen.