The Free Administration of Justice 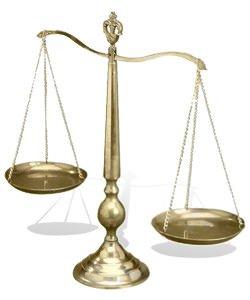 [This article is excerpted from Let's Abolish Government.]

The free administration of justice was a principle of the common law, and it must necessarily be a part of every system of government which is not designed to be an engine in the hands of the rich for the oppression of the poor.

In saying that the free administration of justice was a principle of the common law, I mean only that parties were subjected to no costs for jurors, witnesses, writs, or other necessaries for the trial, preliminary to the trial itself. Consequently, no one could lose the benefit of a trial for the want of means to defray expenses. But after the trial, the plaintiff or defendant was liable to be amerced (by the jury, of course) for having troubled the court with the prosecution or defense of an unjust suit.1 But it is not likely that the losing party was subjected to an amercement as a matter of course, but only in those cases where the injustice of his cause was so evident as to make him inexcusable in bringing it before the courts.

All the freeholders were required to attend the courts, that they might serve as jurors and witnesses and do any other service that could legally be required of them, and their attendance was paid for by the state. In other words, their attendance and service at the courts were part of the rents which they paid the state for their lands.

The freeholders, who were thus required always to attend the courts, were doubtless the only witnesses who were usually required in civil causes. This was owing to the fact that, in those days, when the people at large could neither write nor read, few contracts were put in writing. The expedient adopted for proving contracts, was that of making them in the presence of witnesses, who could afterwards testify to the transactions. Most contracts in regard to lands were made at the courts, in the presence of the freeholders there assembled.2

In the king's courts it was specially provided by Magna Carta that "justice and right" should not be "sold"; that is, that the king should take nothing from the parties for administering justice.

The oath of a party to the justice of his cause was all that was necessary to entitle him to the benefit of the courts free of all expense (except the risk of being amerced after the trial, in case the jury should think he deserved it).3

This principle of the free administration of justice connects itself necessarily with the trial by jury, because a jury could not rightfully give judgment against any man, in either a civil or criminal case, if they had any reason to suppose he had been unable to procure his witnesses.

The true trial by jury would also compel the free administration of justice from another necessity, viz., that of preventing private quarrels, because unless the government enforced a man's rights and redressed his wrongs, free of expense to him, a jury would be bound to protect him in taking the law into his own hands.

But as the government is an impartial party as between these individuals, it is more likely to do exact justice between them than the injured individual himself would do. The government, also having more power at its command, is likely to right a man's wrongs more peacefully than the injured party himself could do it. If, therefore, the government will do the work of enforcing a man's rights, and redressing his wrongs, promptly, and free of expense to him, he is under a moral obligation to leave the work in the hands of the government; but not otherwise.

Under the prevailing system, probably one half of the community are virtually deprived of all protection for their rights, except what the criminal law affords them. Courts of justice, for all civil suits, are as effectually shut against them, as though it were done by bolts and bars. Being forbidden to maintain their own rights by force — as, for instance, to compel the payment of debts — and being unable to pay the expenses of civil suits, they have no alternative but submission to many acts of injustice, against which the government, is bound either to protect them, free of expense, or allow them to protect themselves.

This compelling parties to pay the expenses of civil suits is one of the many cases in which government is false to the fundamental principles on which free government is based. What is the object of government, but to protect men's rights? On what principle does a man pay his taxes to the government, except on that of contributing his proportion towards the necessary cost of protecting the rights of all? Yet, when his own rights are actually invaded, the government, which he contributes to support, instead of fulfilling its implied contract, becomes his enemy, and not only refuses to protect his rights (except at his own cost) but even forbids him to do it himself.

All free government is founded on the theory of voluntary association, and on the theory that all the parties to it voluntarily pay their taxes for its support on the condition of receiving protection in return. But the idea that any poor man would voluntarily pay taxes to build up a government, which will neither protect his rights (except at a cost which he cannot meet), nor suffer himself to protect them by such means as may be in his power, is absurd.

Under the prevailing system, a large portion of the lawsuits determined in courts, are mere contests of purses rather than of rights. And a jury, sworn to decide causes "according to the evidence" produced, are quite likely, for aught they themselves can know, to be deciding merely the comparative length of the parties' purses, rather than the intrinsic strength of their respective rights. Jurors ought to refuse to decide a cause at all, except upon the assurance that all the evidence, necessary to a full knowledge of the cause, is produced. This assurance they can seldom have, unless the government itself produces all the witnesses the parties desire.

In criminal cases, the atrocity of accusing a man of crime, and then condemning him unless he prove his innocence at his own charges, is so evident that a jury could rarely, if ever, be justified in convicting a man under such circumstances.

But the free administration of justice is not only indispensable to the maintenance of right between man and man; it would also promote simplicity and stability in the laws. The mania for legislation would be, in an important degree, restrained if the government were compelled to pay the expenses of all the suits that grew out of it.

The free administration of justice would diminish and nearly extinguish another great evil — that of malicious civil suits. It is an old saying, that "multi litigant in foro, non ut aliquid lucrentur, sed ut vexant alios." (Many litigate in court, not that they may gain anything, but that they may harass others.) Many men, from motives of revenge and oppression, are willing to spend their own money in prosecuting a groundless suit, if they can thereby compel their victims, who are less able than themselves to bear the loss, to spend money in the defense.

Under the prevailing system, in which the parties pay the expenses of their suits, nothing but money is necessary to enable any malicious man to commence and prosecute a groundless suit, to the terror, injury, and perhaps ruin, of another man. In this way, a court of justice, into which none but a conscientious plaintiff certainly should ever be allowed to enter, becomes an arena into which any rich and revengeful oppressor may drag any man poorer than himself and harass, terrify, and impoverish him, to almost any extent. It is a scandal and an outrage that government should suffer itself to be made an instrument, in this way, for the gratification of private malice. We might nearly as well have no courts of justice, as to throw them open, as we do, for such flagitious uses. Yet the evil probably admits of no remedy except a free administration of justice.

Under a free system, plaintiffs could rarely be influenced by motives of this kind, because they could put their victim to little or no expense, neither pending the suit (which it is the object of the oppressor to do) nor at its termination. Besides, if the ancient common law practice should be adopted, of amercing a party for troubling the courts with groundless suits, the prosecutor himself would, in the end, be likely to be amerced by the jury, in such a manner as to make courts of justice a very unprofitable place for a man to go to seek revenge.

In estimating the evils of this kind, resulting from the present system, we are to consider that they are not, by any means, confined to the actual suits in which this kind of oppression is practiced, but we are to include all those cases in which the fear of such oppression is used as a weapon to compel men into a surrender of their rights.

Lysander Spooner (1808–1887) is the American individualist anarchist and legal theorist known mainly for setting up a commercial post office in competition with the government and thereby being shut down. But he was also the author of some of the most radical political and economic writings of the 19th century, and continues to have a huge influence on libertarian thinkers today. He was a dedicated opponent of slavery in all its forms — even advocating guerrilla war to stop it — but also a dedicated opponent of the federal invasion of the South and its postwar reconstruction. See Let's Abolish Government, a collection selected personally by Murray Rothbard as Spooner's best work.