The Fed's Dependence on the Consumer Will Backfire 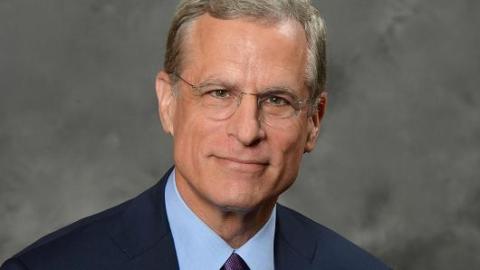 The story is that it is consumers that are going "to push the economy to grow more than 2 percent this year." That's Dallas Fed President Robert Kaplan's recently expressed view. It's the old fallacy of spending — rather than saving — our way into growth. It's remarkable that no one talks about the fact that the economy since 2008 was built on little but cheap debt, and therefore depends on the continued flow of such debt.

To raise interest rates in that environment, will lead to the very conditions that the Fed fears the most. Of course, Austrians would praise such a blessed blow to the artificial boom. However, since the Fed, operating through a Keynesian lens, sees no inherent instability in such an economic environment. They don't see how much this would severely undermine the alleged stability they think they've achieved.

Kaplan and the rest of them are depending on indebted consumers, exhausted by their credit levels, to push the economy all the way up to 2 percent growth. That it's come down to this speaks volumes about the Fed's alleged success over the years. Aside from the terrible labor participation rate is the fact that we are now supposed to be impressed by a GDP growth print above 2 percent. And even worse, the economy is so bad that in order to hit this 2 percent mark, we have to rely on the consumer.

Beyond this, we just got the 2016 fourth quarter GDP numbers and guess what: it came in at a seriously lousy 1.9 percent. The "expectations" were in the 2.1 percent range. It gets even better: this low number was in spite of a 3 percent increase in consumer spending. This of course means that the spending isn't helping. And without it, where would economic growth be then?