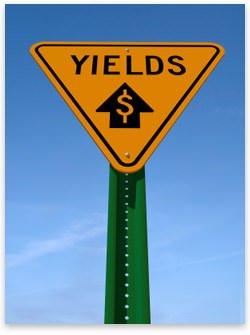 Recently Ben Bernanke caused a stir when he suggested that, in the future, the Fed should play a role in combating asset bubbles. Although his specific ideas are analogous to asking Al Capone to combat organized crime, Bernanke's suggestion does involve a genuine debate among academic economists: When assessing the tightness or looseness of monetary policy, should we focus narrowly on consumer prices in the current period, or should we also look at the central bank's impact on asset prices?

The Austrians have always warned that a single-minded focus on consumer prices could lead to disaster. For example, during the 1920s, the official CPI and other price indices were quite stable, leading Irving Fisher

and other mainstream economists to give the Federal Reserve of the day a sweeping endorsement for maintaining the dollar's purchasing power. Yet Austrians knew that the Fed's monetary expansion — though not showing up in sharp rises in CPI — was setting the economy up for a crash. From this perspective, the huge rise and then collapse of the stock market in the late 1920s was no surprise for Austrians.

By the same token, during the housing bubble years and even since the crisis of 2008, many Austrians have warned that the Fed's policies were distorting the economy in ways that the official CPI was overlooking.

In the present article, I'll summarize some of the key mainstream literature on the theoretical and practical case for including asset prices in a measurement of "inflation" (by which these economists mean "rising prices"). As we'll see, this isn't some obscure, crankish Austrian obsession, but actually is quite defensible on even neoclassical grounds.

The Theoretical Case for Including Asset Prices

In the mainstream literature, the seminal work in this area is a 1973 paper by UCLA giants Armen Alchian and Benjamin Klein entitled "On a Correct Measure of Inflation." To cut to the chase, they state upfront, "The analysis in this paper bases a price index on the Fisherian tradition of a proper definition of intertemporal consumption and leads to the conclusion that a price index used to measure inflation must include asset prices."

Alchian and Klein warn that the "inappropriate indices that dominate popular and professional literature and analyses are thereby shown to result in significant errors in monetary research, theory, and policy."

The Alchian and Klein paper is quite technical, involving mathematical utility functions and calculus. Yet its economic logic is sound from an Austrian perspective. An individual forms a plan of action involving his holdings of wealth, in order to provide for present and future flows of consumption services. If we are trying to determine whether the central bank is causing an increase in the "cost of living," it would be absurd, say Alchian and Klein, to focus merely on today's spot prices of consumer goods. We also should include today's prices for buying claims to future flows of consumption.

In a theoretical world of perfect certainty and no transactions costs, people today could enter dedicated markets for various consumption services available every day from now until their death. For example, Joe Smith could check to see how many dollars he had to pay today in order for a landlord to rent him an apartment unit in the month of July 2025. If the Fed printed a bunch of new money and caused this particular price to go up, then Joe Smith's "cost of living" would have risen, because part of his "living" today involves his plans for his future shelter. (By the same token, Joe Smith's employer might have to agree to give more money today in order to buy Joe Smith's labor services in the month of July 2025. This increase in nominal labor income would help Joe Smith weather the increased cost of living.)

Of course, the real world is hardly like the theoretical model we just described. In practice, people don't sell all of their labor services today for the rest of their careers, and they don't lock in all of their consumption purchases today for the rest of their lives. In reality, Alchian and Klein acknowledge, people today provide for future consumption by investing in various types of assets. This is why a correct measure of "the cost of living" must include asset prices.

To give a simple example (that is my own, not Alchian and Klein's), consider the flow of shelter services. In a world of perfect certainty and "complete markets," a person would be able to pay a lump sum today to a landlord, in order to rent an apartment unit for the next 20 years. Yet in practice, someone with this desire is much more likely to buy the unit outright. Thus we can see that a sharp rise in real-estate prices — even if current rental prices rise only moderately — can signal an increased "cost of living" and hence be a warning sign that the central bank is engaging in loose monetary policy.

The Practical Case for Including Asset Prices

Charles Goodhart has written a 2001 paper claiming that the theoretical arguments of Alchian and Klein have never been refuted — though ironically Goodhart does cite Bernanke and Gertler (2000) for their practical misgivings! Goodhart uses various arguments to show that it can be quite practical to include assets in the measurement of (price) inflation, despite the critics. However, the details are a bit wonkish and I'll let interested readers peruse Goodhart's paper directly.

For our purposes, far more interesting is the observation of Austro-libertarian Gerald O'Driscoll in a 2008 paper:

After banking crises in the 1980s and 1990s, deposit insurance was put on a sound basis and that source of moral hazard was mitigated. In its place, monetary policy has become a source of moral hazard. In acting to counter the economic effects of declining asset prices, the Federal Reserve has come to be viewed as underwriting risky investments. Policy pronouncements by senior Fed officials have reinforced that perception. These actions and pronouncements are mutually reinforcing and destructive to the operation of financial markets. The current financial crisis began in the subprime housing market and then spread throughout credit markets. The new Fed policy fueled the housing boom. Refusing to accept responsibility for the housing bubble, the Fed's recent actions will likely fuel a new asset bubble.

O'Driscoll has here put his finger on a major inconsistency in the Fed's official line. Up until Bernanke's recent reconsideration, the Fed has denied that its job was to worry about asset bubbles. Alan Greenspan declared that it was impossible for the Fed to recognize an asset bubble in real time (whereas his successor, Bernanke, had always been less sure about the subject).

Austrian economists have long recognized that the economy is far more complex than simple models capture, meaning that the reliance on a simple price index such as the CPI can be very misleading when assessing monetary policy. This is an area where the "common sense" of the Austrians is matched by the formal neoclassical models.

Even a theoretically perfect index of price inflation would include assets, meaning that the bubble in housing — and our current bubble in government debt — can be attributed to the easy-money policies of Bernanke and his fellow central bankers.