GET NEWS AND ARTICLES IN YOUR INBOXPrint
A
A
Home | Mises Library | FDR: Wrecker 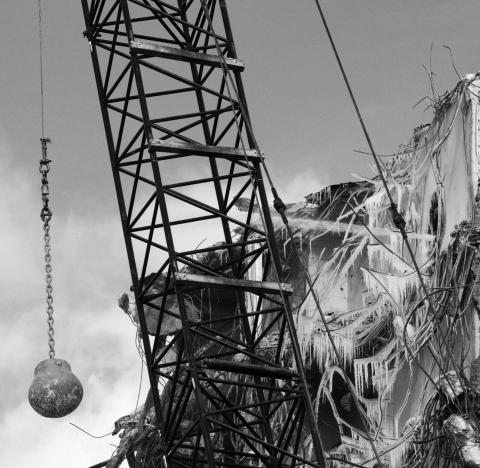 The Roosevelt Myth by John T. Flynn is the best book ever written on the New Deal, the drive to war, and the terrible consequences of the FDR presidency. A new edition of the book, with a brilliant introduction by Ralph Raico, is now available for $25 (hardback) on mises.org.

Franklin D. Roosevelt saved America from the Great Depression, right? Not exactly. In fact, the Depression raged on through FDR's 12 years in office. The Depression really didn't end until World War II.

You'd never know that from reading most history books. But there are some exceptions. One is John T. Flynn's ''The Roosevelt Myth,'' which has just been reissued in a 50th-anniversary edition.

Flynn's book is a careful account of Roosevelt's presidency.

Flynn was no businessman, no Republican shill. He was a respected, old- line liberal journalist who made his name with a series of books attacking big business.

That's what makes his indictment of Roosevelt all the more notable.

He paints FDR as an intellectual lightweight who was guided by no real principles, just a lust for power. Roosevelt was a charismatic man who was loved by the American people, but he never earned the trust of his Democrat allies, Flynn argues.

Roosevelt, Flynn reminds us, campaigned as something of a conservative when he first ran for president in '32.

He attacked Herbert Hoover for running deficits and piling up the national debt.

Instead, when he took office, FDR started running up spending and the deficit. Within 100 days, he had piled up a deficit larger than Hoover had produced in two years.

And Roosevelt always used that spending to his advantage.

WPA workers who were Republicans were explicitly told they had to switch their registration to Democrat to keep their jobs. And Democrats were told whom to support in the primaries if they wanted to stay at their jobs.

By his death, FDR had spent more than all U.S. presidents before him combined, Flynn noted.

FDR had campaigned on a smaller government platform. But the first New Deal that he delivered to Congress was something else.

Under the National Recovery Administration, Roosevelt tried to bring all major industries together into cartels.

These cartels, under government guidance, would set production, prices and wages in each industry. Those who violated those rules were prosecuted.

For instance, Jack Magid, a New Jersey tailor, was jailed for pressing a suit for 35 cents when the NRA had fixed the price at 40 cents.

The NRA was explicitly modeled on what Benito Mussolini had done in Italy. Flynn didn't endear himself to many by daring to call FDR's policies fascism.

Fortunately, the Supreme Court struck down the NRA. So FDR came back with a second and third New Deal. Each increased federal taxes, spending and regulation.

But none really ended the Depression. The economy grew in fits and starts during the '30s. But unemployment remained at double-digit rates, and the brief growth spurts always stalled out.

By '38, there were more people unemployed than when FDR was elected six years earlier.

Unemployment only fell back to pre-Depression levels after roughly one-fifth of the work force was drafted to fight World War II.

Roosevelt never had much of a clue what caused the Depression, Flynn noted.He just thought that somehow business had been responsible, and he thought it his task to punish business for its sins.

And when the Depression didn't end, FDR blamed business opposition to his plans.

At times, FDR talked as if business was somehow deliberately putting off a recovery until he had left office so that he wouldn't get the credit for his good deeds.

More likely, the high taxes on income and capital gains that FDR pushed through Congress and the red tape he set up sapped the American economy of any strength it had left.