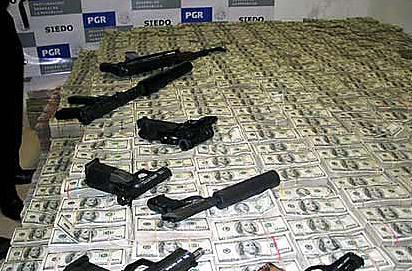 It is a truism in U.S. political economy that whenever a government agency fails miserably, Congress invariably will reward it with more money, power, and discretion.

The horror of September 11, for example, came in large part because all of the major players, from the terrorists to the security agents to the pilots, were operating under Federal Aviation Administration guidelines for airline hijackings. Since the FAA prohibited anyone on board from fighting back, three groups of hijackers had near carte blanche in flying airliners into the World Trade Center Towers and the Pentagon.

The fourth "civilian missile" did not make it to its intended target because passengers and crew on board decided to break FAA rules. While they all died in their efforts, the airliner crashed into a deserted Pennsylvania field, not a public building. In the aftermath of this horrible fiasco, Congress has granted the FAA even more powers, along with an enlarged budget, to mismanage airline security.

Not to be outdone, the Fed once again gave us oceans of new money and credit during the 1990s, leading to the current economic downturn. In the 1930s, Congress gave the Fed new powers, and the central bank also centralized its operations in Washington, D.C., building for itself an extravagant new Greek temple for its headquarters. During the 1980s and early 1990s, the Fed received new authority from Congress that basically gave the agency near absolute power in deciding U.S. banking policies. Even this latest Fed fiasco has not cost Chairman Alan Greenspan any loss of his undeserved prestige.

The latest federal agency to fall into this category has been the Office of National Drug Control Policy, which has actually admitted that its series of anti-drug advertisements has not worked to discourage young people from experimenting with illegal drugs such as marijuana. Undeterred from reality checks, however, the agency is asking for another cash infusion of $180 million--which its director, John P. Walters, promises will be "better spent" than before--to produce more advertisements.

This is an election year, which means that few members of Congress will be willing to subject themselves to negative advertising accusing them of supporting "drug kingpins" and other such social undesirables. Thus, we can expect to see even more ridiculous "public service" advertisements that tell us that anyone who puffs marijuana is actually "supporting terrorism."  (For that matter, since a portion of the revenues from Middle East oil invariably funds "terrorist" groups, can one then claim that anyone who purchases gasoline or diesel fuel is "supporting terrorism"?)

According to Walters, who wears the title of "Drug Czar," his office will "test" the commercials to see whether they actually do deter youngsters from experimenting with drugs. However, even if a group of 13-year-olds who view the commercial insist on the spot they will never take drugs, what is to stop them when they are 19? For that matter, have any of the hundreds of anti-drug ads we have seen on television or on billboards ever deterred anyone from taking drugs?

When it comes to the two-decades-old "War on Drugs," more needs to be scrutinized than just the advertisements the government has dumped upon us. In my present home county in Maryland (Allegany County), the local census has been bolstered the past decade by the growing prison population here. At least half of the prisoners in this county and the United States--a nation that imprisons two million people, a fourth of those who are incarcerated in the world--are in jail for drug-related offenses.

The costs that this drug war imposes upon people cannot be underestimated. Not only do we bear the costs of building and maintaining prisons, but we also bear the burdens of creating vast new classes of people who are called criminals because they have engaged in mutually agreeable exchanges with other people. Governments at all levels gobble up vast amounts of resources to pay for this drug war, and there's no end in sight.

Furthermore, as Paul Craig Roberts and Lawrence W. Stratton have eloquently pointed out in their book The Tyranny of Good Intentions, the drug war means that the police have been given new powers that they invariably misuse.1  Roberts and Stratton write:

Most Americans are unaware of the police state that is creeping up on us from many directions. The Drug Enforcement Administration (DEA) maintains confiscation squads at major airports and has turned airline and airport employees into informers by awarding them 10 percent of the confiscated assets (p. 3).

The authors point out the case of landscaper Willie Jones, who was carrying about $9,000 in cash to purchase nursery items in Houston, Texas. Police at the Nashville airport confiscated his money on the pretense that he might have been planning to purchase drugs. As Roberts and Stratton and many others have pointed out, law enforcement at all levels has used these "asset forfeiture" laws to seize people's property on the flimsiest of accusations that someone "might" be contemplating the purchase of contraband.2

Not only does government use lax drug laws to seize property, it also kills innocent citizens with absolutely no prospect of justice being done to the killers. Roberts and Stratton document the case of California landowner Donald Scott, who was shot dead by Los Angeles County police as they raided his home in search of drugs. Investigators found no drugs, of course.

Police documents later obtained by the Los Angeles Times show unequivocally that LA authorities were hoping to find drugs on Scott’s property so the government could confiscate his property and turn it over to the National Park Service, which for years had been demanding that the recalcitrant Scott sell the agency his scenic property. Despite the adverse publicity, the perpetrators of this crime went unpunished.

Time and again, we find situations in which law enforcement authorities and lawmakers have abused their powers, all in the name of fighting illegal drugs. People who advocate the legalization of drugs like to point out that the "war on drugs" really is a "war on people."

That war, as I have noted, takes shape in many forms. There is the violent war that government wages on whoever might be in the way, as Donald Scott’s family found out. Then, there is the war on the senses that so much anti-drug advertising turns out to be. Ultimately, we find that government wages a war on freedom itself. And for doing those things, Congress rewards the perpetrators of these crimes by giving them more money and power. Like the Federal Reserve and the FAA, anti-drug agencies are destined to suck up resources and spit back tyranny.