GET NEWS AND ARTICLES IN YOUR INBOXPrint
A
A
Home | Mises Library | Economics 101: The Price of Gas

Economics 101: The Price of Gas 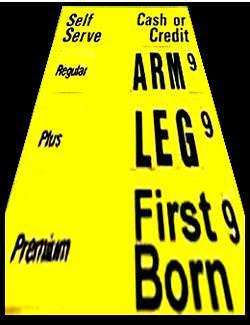 Gas prices are up and oil executives are once again testifying before Congress. Clearly, many politicians, pundits, and consumers lament the rising cost of gas. Before we join them in their chorus, let us take a step back and ask this question: Are gas prices really all that high?

A change in price can be a result of inflation, taxes, changes in supply and demand, or any combination of the three.

First, we need to take into account inflation. The result of the Federal Reserve printing too much money is a loss of purchasing power of the dollar: something that cost $1.00 in 1950 would cost about $8.78 today. As for gas prices, in 1950 the price of gas was approximately 30 cents per gallon. Adjusted for inflation, a gallon of gas today should cost right at $2.64, assuming taxes are the same.

But taxes have not stayed the same. The tax per gallon of gas in 1950 was roughly 1.5% of the price. Today, federal, state, and local taxes account for approximately 20% of gas's posted price. Taking inflation and the increase in taxes into account (assuming no change in supply or demand) the same gallon of gas that cost 30 cents in 1950 should today cost about $3.13.

Neither have supply or demand remained constant. The world economy is growing. China and India are obvious examples. At the same time, Americans continue to love driving SUVs and trucks. As for supply, we are prohibited (whatever the reasons may be) from using many of the known oil reserves in our own country. Furthermore, due to government regulation, the last oil refinery built in the United States was completed in 1976. In addition, the Middle East is politically unstable which leads to a risk premium on the world's major source of oil. It is obvious that the demand for oil has grown while supplies have been restricted.

The average price of gas in the United States today is approximately $3.25. The question is, why are gas prices not higher than they are?

Blaming greedy oil companies on the rising price of gas is simply irresponsible. The profit margins of a few selected industries are as follows:

The water utility industry has higher profit margins than major oil and gas firms! Why isn't every CEO with profit margins above that of the oil companies made to testify before Congress for "price gouging"? Clearly, greedy corporate profits are not the issue.

Those who want the government to step in and do something about the high price of gas are either forgetful of recent history or too young to remember the oil crisis of 1979. During that time, restrictions on the price of gasoline led to the inability of some to find gas at all. Price ceilings always lead to shortages. The only thing worse than having to pay "too much" for gas is not being able to find gas at any price.

Let us not be swayed by politicians out for power or by reporters out to create news where none exists. Facts and economic logic should prevail rather than rhetoric.