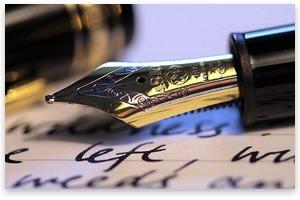 In all the formal economic study I have sat through, I have developed a growing concern for the direction of the economics profession in general, and economic education in particular. Let me explain — and challenge you.

What is knowledge? How is knowledge acquired? What do we know? How do we know what we know? These questions seem most fitting for a philosophy class in epistemology — however, they are also essential in the world of economics.

The issue is that in the realm of mainstream economics today this is not recognized to be true. Deductive reasoning is sneered at, especially when it is not presented in the formality of Greek letters. Most economists label those that use deduction as "unscientific" and "imprecise." The emphasis on induction is so strong in economics PhD programs today that a grad student with a background in math or statistics can finish his or her PhD with superb grades and know literally nothing about cause-and-effect economics.

Let me be clear, having induction as the mainstream of economic thought is not the issue that I wish to bring up: the issue is having inductive analysis as the mainstream of economic discovery while deductive discovery is not only looked down upon — it is not even taught. Innovation in economic thought requires a dynamic debate by all. It must be a process that includes healthy academic discussion by those who favor inductive and those who favor deductive discovery. 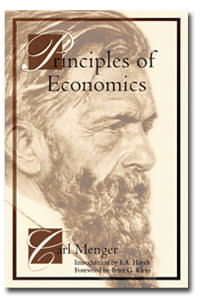 Carl Menger introduced marginalism in his 1871 book, Principles of Economics, which also refuted work done by both Adam Smith and David Ricardo. Next, Karl Marx, working on the labor theory of value, was challenged heavily by Eugen von Böhm-Bawerk. Finally, the likes of Ludwig von Mises, Joseph Schumpeter, Friedrich von Hayek, John Maynard Keynes, and Alfred Marshall spent a generation at variance, debating ideas about the progress of economic theory and the basis upon which it began. The point is that both deductive- and inductive-favoring economists contributed and offered analysis in healthy academic debate.

As induction took root, the use of deduction was more and more looked down upon, until "acceptable" economic inquiry became the one-sided view that it is today: Use the scientific method on a dataset. Quantify. Infer.

Switching gears a bit, there are essentially three ways (in a free market) in which a business can get ahead of its competitors:

In some ways, graduate education can be looked at in the same light.

There are X number of schools offering schooling in a particular program and Y number of students in any given year, choosing among available schools. Parameters that can play a part in the student's decision include the following: What school leaves me the least in debt? What schools have a better reputation? What schools have strong programs in what I want to study? And most importantly, What schools do I have the grades to get into?

From the perspective of the school, however, the goal is to attract as many applications as possible. The more students that apply, the more a given department can be more selective in admitting students, as they are now drawing from a larger pool.

By offering one or two undergraduate or graduate courses in this vein, your school can pride itself on being one of the few programs in the nation that offer students an additional perspective to round out their education. It is even better if you oversee an agricultural- and applied-economics program. Then you may boast that you are the only school in the nation that offers any formal study of such economics based in deduction.[2] 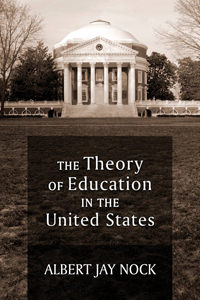 Marketed in the right light, this could be a simple and effective way to differentiate your school in the minds of prospective students — particularly graduate students. And most importantly, from the point of view of academic honesty and freedom, adding an economics class or two based in deductive or "Austrian" analysis is the right thing to do. The discovery of knowledge is the literal foundation of the academic process, and dogmatically relegating one form of inquiry to obscurity is not only a bit academically dishonest — it's wrong.

I hope you will make the right decision.

[1] For a more eloquent portrayal of this time period, read Ludwig von Mises, "The Historical Setting of the Austrian School of Economics."

[2] Please let me know if I have overlooked one.