The Costs of Compulsory Education 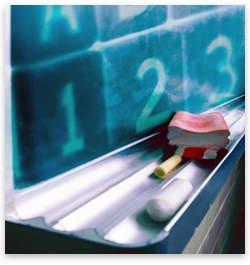 Education elites and their political cronies have implemented countless initiatives aimed at reforming education. From the Elementary and Secondary Education Act of 1965 to the No Child Left Behind Act of 2001, every plan put forth has resulted in nothing but inefficient expenditures, new layers of bureaucracy, and continuing declines in student achievement.

Education will only be reformed once parents and entrepreneurs are free to create real alternatives to the broken systems that exist today. Repealing compulsory-education laws and allowing parents to spend their education dollars freely should be the first steps in this direction.

Curiously, compulsory-education laws, which conscript children into state-regulated programs of study, are rarely discussed in the context of education reform; these laws' ostensibly benevolent nature allows demagogues to marginalize detractors and quell any attempt at serious discourse. This results in far-reaching regulations that control how private actors educate, and thus prohibits students from getting the individualized education they need.

The origin of compulsory education was characterized by oppression and forced assimilation. The modern movement was initially led by Martin Luther and the early Protestants, who sought to inculcate the masses with their religious views. Despotic Prussia was the first to enact laws at the national level, and compulsory education quickly became a weapon of choice for states seeking to destroy troublesome cultures and languages. In the United States, Massachusetts began enforcing mandatory attendance in 1852, and by 1918 every state had enacted similar legislation. The primary impetus for policymakers was to assimilate poor immigrant children; labor unions were also ardent supporters, as they sought to decrease the supply of labor in the workforce.

Current laws vary by state in details, but they are quite homogeneous in spirit. All require a minimum amount of instructional time (ranging from 160 to 186 days annually) at approved institutions. The majority of Americans between the ages of 5 and 18 are compelled to meet this requirement, with several states enforcing slightly more lenient laws. Although parents are free to pursue private education for their children, such options are almost always regulated by state governments.

There is likely a minority of children who benefit from compulsory education. While these outliers are by no means insignificant, the benefits accrued to them do not justify the aggregate effects imposed. To objectively evaluate the merits of such laws, we must fully account for all of their costs. Evaluating the effects on private forms of education is a good starting point.

Private schools and homeschools are rarely truly free-market alternatives to government-regulated education. By mandating attendance, states have a virtual stranglehold on the nature of private education. After all, in order to become a state-approved program of study at which "official" attendance is recognized, private actors are forced to satisfy some combination of curricular, reporting, and testing requirements.

In New York, for instance, homeschools must submit a notice of intent, maintain attendance records, file quarterly reports, and submit Individualized Home Instruction Plans for state approval. Additionally, students must successfully complete an annual assessment, including mandatory yearly standardized testing for grades nine and above. Perhaps most problematic, however, is its mandate that instruction given to a child must be "at least substantially equivalent to minors of like age or attainments at public schools," an edict clearly susceptible to abuse by state officials. This forces parents to comply with the belief systems of distant regulators who are free to define "substantially equivalent" as they see fit.

In the event that a parent's personal values oppose those of the state, the state's interests will ultimately prevail. This conflict prompted Murray Rothbard to note that at the heart of the compulsory-education debate is "the idea that children belong to the State rather than to their parents." If you attempt to challenge this notion, your child may be labeled "truant," and you may be subjected to fines, imprisonment, and the forcible return of their child to his or her zoned public school. Compulsory education thus imposes the state's definition of "education" on all parties falling under its auspices — even those pursuing a "private" course of study.

The state's monopoly on what defines "education" inevitably suppresses alternative views, thereby eliminating the complexity and diversity that should be prevalent in the market. Instead, a homogeneous system is used to serve heterogeneous students — yet another cost of compulsory education.

The natures of schools should be as diverse as the population itself. Curriculum, delivery method, and instructional time are but a few of the myriad variables that must be customized if the individual needs of a child are to be met. Rothbard noted the advantage of unfettered development of private schools in that "there will tend to be developed on the free market a different type of school for each type of demand."

Regulations that mandate the character of instruction only serve to silence demand and prevent entrepreneurship and innovation. It is impossible to know the shape and scope of programs that would come into existence otherwise; churches, civic organizations, and entrepreneurs should be permitted to innovate freely.

The poor and middle class are most injured by the lack of innovation that results from government monopoly on education, as they are without the means to pursue the artificially limited supply of private education available. Instead, their children are forced to attend underperforming public schools that often have little regard for the unique faculties of individual students. It is likely that the generalized education imposed on them will do nothing but retard their development, suppress their talent, and instill in them a permanent disdain for learning. Creativity expert Sir Ken Robinson cleverly compares mass standardization in education to the fast-food model of restaurants:

The other big issue is conformity. We have built our education systems on the model of fast food. This is something Jamie Oliver talked about the other day. You know there are two models of quality assurance in catering. One is fast food, where everything is standardized. The other are things like Zagat and Michelin restaurants, where everything is not standardized; they're customized to local circumstances. And we have sold ourselves into a fast-food model of education. And it's impoverishing our spirit and our energies as much as fast food is depleting our physical bodies.

The perils of state standards imposed on schools are akin to the shortcomings of centrally planned prices: no amount of research or expertise could possibly account for the infinite variables that define the wants and needs of unique consumers. The opportunity costs of failing to pursue areas of aptitude and interest are simply incalculable, and result in nothing but boredom and frustration for students. Writing of such collectivism in education, Rothbard wisely noted,

Critical thinking and leadership skills are eschewed in such a system.

Perhaps the most significant cost of compulsory education, however, is the implication that liberty can be granted à la carte. In this environment an individual right is only guaranteed until a critical mass of demagogues determines otherwise. Legal-tender laws, military conscription, and health-insurance mandates are blood relatives of compulsory education; all dictate the actions of private individuals and survive on the premise that citizens are subservient to the interests of the state.

Compulsory-education laws invite further intrusions into our personal lives. Still, the left-liberal who supports marijuana decriminalization and the conservative who advocates for gun rights often fail to see this obvious relationship. Simply stated, à la carte liberty is veiled tyranny — it is impossible to sacrifice one right without putting others in danger. If for no other reason, such laws should be rejected on the premise that they help create a slippery slope toward despotism.

So what would become of society if compulsory-education laws were repealed? Would we devolve into an illiterate society of lawless ignoramuses? Of course not. If parents were this bad, the moral and educational fabric of society would unravel regardless of such laws. Religion, organized athletics, and youth groups manage to survive quite well without governmental interference and decree. Education would still be available to everyone, and only in limited cases of severe neglect would a child's mind be left undeveloped. The net benefits grossly overshadow any potential deficiencies.

Parents would have more freedom in determining how their children are educated, entrepreneurs and philanthropists would create education models never previously imagined, private schools and homeschools would be freed of tiresome regulations, public schools would lose their de facto monopolies and competition for children would force them to improve, and the burden for neglected children would be placed on community and religious organizations instead of public schools.

As with any market, nobody can say with certainty what would come into existence when brilliant minds are permitted to innovate freely. However, one thing is certain: failed plans will only beget ever-grander failed plans. As Americans we cheered the collapse of the Soviet system of government that brought about food shortages and an economic ice age. It's time to realize that compulsory education is having a similar effect on the minds of our youth. The best plan for education reform is no plan at all: allow parents, educators, and entrepreneurs to do what they do best. The last things kids need are new curriculum standards and more testing requirements.

I'll summarize my argument much as Rothbard did — by appealing to Thomas Jefferson, who advocated for public schools but squarely rejected compulsory education.

It is better to tolerate the rare instance of a parent refusing to let his child be educated, than to shock the common feelings and ideas by the forcible transportation and education of the infant against the will of the father.