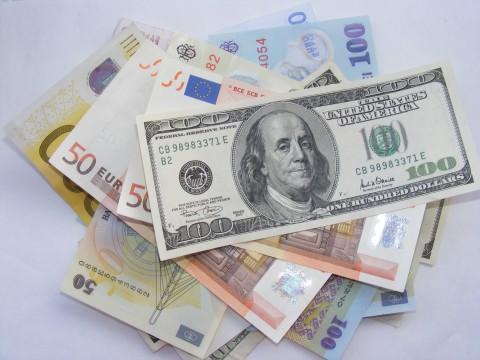 One of Vice President Al Gore's many crusades is his campaign to "root out corruption and cronyism." Announcing an international conference in Washington to address corruption, he explained, "Tragically, our best worldwide efforts to build stronger economies and stronger democracies are sometimes undercut by corruption -- and no corruption is more evil and destructive than the corruption of government officials."

He should have added that no corruption is more common than that of government officials, not because all governments or officials are corrupt but because so much corruption involves them and their special place in society.

Yale economist Susan Rose-Ackerman, author of one of the few book-length studies of the economics of corruption, devotes 10 of 11 chapters to analyzing government corruption. And even in her one chapter on private corruption, many of the instances she cites involve some government regulation.

A necessary condition for corruption is that someone has power to make decisions for others, decisions that those others can't perfectly monitor. That's why private corruption often occurs in corporate purchasing departments. The reason so much corruption occurs in government is that government officials hand out so much in the form of subsidies, tax breaks, permits and regulatory exceptions.

If you need a permit from the government to build a house, the government is an abstraction, but the official who grants the permit is a living human being with wants of his own. If the government official has any discretion about whether to grant the permit, you have an incentive to bribe that person and he has a reason to take a bribe. Of course, you may not call it a bribe. You may simply decide to give the person a nice bottle of wine, invite him to a nice dinner or make a contribution to his favorite charity. But if the official hadn't had the power to decide whether you get to build, you wouldn't have given the bottle, the dinner or the contribution. That's how we know it's a bribe.

From theory to real life: A young congressman named Lyndon B. Johnson built his family fortune from roughly zero in 1943 to at least $14 million by the time he won his first election as U.S. President in 1964. About half the wealth derived from a license his wife held that allowed her to operate KTBC, a radio station in Austin, Texas -- regulated, of course, by the federal government.

As biographer Robert Caro documents in The Years of Lyndon Johnson: Means of Ascent, the success of the station was due to political favors the Johnsons gave and received.

Between December 1939 and January 1943, KTBC's owners had been unable to get permission from the Federal Communications Commission to sell the station. But on January 3, 1943, Mrs. Johnson became the potential purchaser, and just 24 days later the owners were allowed to sell. Then, in June 1943, Mrs. Johnson applied for permission to operate 24 hours a day rather than daylight hours only, and at a much more advantageous part of the AM band of frequencies. She received her permission one month later.

Lyndon Johnson further enhanced the station's value by doing political favors in return for ad revenues. Months after grocery retailer Howard E. Butt started advertising on KTBC in 1943, for example, Johnson intervened with the Office of Price Administration to allocate to Butt 150,000 extra cases of grapefruit.

The story of the Johnsons illustrates the opportunities inherent in such control of the economy as the U.S. government imposed in World War II. As anyone who remembers the wartime games played with ration coupons should know, the more power the government has, the more corruption there will be. Economist George Stigler wrote, "Corruption turns regulations into gold." There is a correlation between the degree of government control of an economy and the degree of corruption....

If Vice President Gore is really serious about reducing government corruption, he will have to question his own views on increasing governments' control of their economies. The sure cure for corruption is to reduce or even eliminate official power over the economy.