GET NEWS AND ARTICLES IN YOUR INBOXPrint
A
A
Home | Mises Library | The Corporate Form, Limited Liability, and the State

The Corporate Form, Limited Liability, and the State 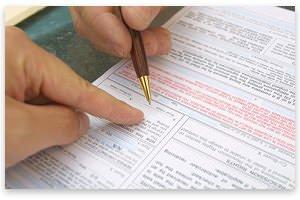 A common complaint of anticorporate libertarians and self-described anarchists is that corporations are creatures of the state. The limited-liability feature of the corporate form, they claim, and the ability of corporations to raise large amounts of capital are state-granted privileges.

Two important replies to such claims must make their way into cultural awareness: (1) we need corporations if we want any decent standard of living; and (2) these corporate powers would exist without the state.

The advantages of the corporate form — limited liability and raising capital — have been known for as long as mankind has had the technology to produce useful things whose production is too expensive for a single investor to handle. That technology is a recent development in human history, as are corporations and the corporation laws we know today.

In England, before the 19th century, a corporate charter originally could be granted only by the king, and later also by Parliament. Analogously, in the United States before the late half of the 19th century, a corporate charter could be granted only by an act of a state legislature. As technology and the need for large investments (particularly railroads and oil) developed, applications began pouring into state legislatures, who no longer desired to deal with the workload. Corporations have since become easy to establish and maintain.

As to raising capital, it is obvious enough that producing inexpensive yet functional automobiles, airplanes, and even soft drinks and barbecue sauce requires huge investments of startup capital. A single factory, such as one that makes aluminum soft drink cans at a cost of four cents, could cost tens of millions of dollars (and some auto factories, a billion). Note that Kraft barbecue sauce, many varieties of which are perfectly decent, sells for under $1.50. "Microbrew" barbecue sauces often sell for $4. Now extrapolate that price difference to your automobile, and be thankful for large investments in high-volume factories.

The alternative is unthinkable: imagine getting a letter in the mail telling you that, by virtue of your day-trading investment in $500 worth of stock of some oil company, you must fork over $5,000 to help pay for the latest oil spill. Not one of us would voluntarily risk such liability; and without the limitation on liability, our level of technology and standard of living would be far lower.

Keep in mind that corporate directors and officers are liable for bad decisions they make.

It is true that there are statutory protections and insurance policies available to insulate directors and officers from bad business decisions they might make. This is fitting, as we want to encourage them to take risks in the creation of wealth — we want them to attempt to develop newer and better products and services, and not all those attempts will be successful. Your protection from their bad business decisions is to invest in a variety of securities — stocks (equity) and bonds (debt) of a variety of companies, as well as insurance, precious metals, foreign currencies, and so on. Diversify in every possible way, and a few bad business decisions out there in the corporate world won't hurt you.

Yet there remains liability for bad business decisions: hostile takeovers, which were common during and prior to the 1980s. Alas, government has stepped in at the national level and in every state to make these takeovers so difficult that they don't really happen any more. Blame the current difficulty in removing bad managers on the state.

And corporate bigwigs remain directly and personally liable for actions that are illegal, and may be sued by investors for actions that benefit the directors and officers themselves at the expense of shareholders.

Ultimately, limited liability mainly protects you, the small shareholder. The term does not refer to the people who make bad or illegal decisions regarding corporate actions. (Though again, the state interferes with this relationship — if a corporation pollutes illegally, it's often the shareholder who gets punished by fines levied against "the corporation" and resultant drops in the stock price.)

How can I be confident corporate limited liability and aggregation of small investments into big piles of money would be possible without the state? Because contracts are possible without the state — for an interesting sort of confirmation, just check the Constitution of the United States, which admits indirectly that private contracts should be binding and untouched as private law; and that such contracts predate the Constitution (Art. I, § 10).

How would these contracts work to insulate passive investors from lawsuits against corporations? The contractual mechanisms necessary are already well known in business drafting. There are indemnification clauses, whereby one party agrees to hold the other harmless and reimburse the other for expenses incurred in certain legal actions. Examples include warranty deeds in real-estate contracting, and guaranty agreements in lending: when Joe sells his little incorporated business, and Joe has personally guaranteed payment on loans associated with that business, the buyer of Joe's business will agree to indemnify Joe for anything Joe spends on the debts of that business after the business is sold. Such clauses, whereby the business agrees never to hold its passive shareholders liable nor allow them to be sued without covering for them, would be relevant to tort creditors of the business — people who do not contract with the business voluntarily (e.g., someone who slips on a banana peel in the grocery store in which you own a few shares of stock).

Equally simple, and already in use in various types of contracting, are clauses that limit recourse of one party to the other party, used to protect passive investors from contract shareholders (lenders and vendors): when you or a business signs a contract with Corporation X, the contract will include a clause by which you agree to hold Corporation X, and only Corporation X and its officers and directors (and not those of its shareholders who do not participate in the daily management of the business) liable for any debts or contract breaches. Such conditions are already assumed when people contract with corporations, LLCs, and limited partnerships today.

How do we know that corporations would be provided for, and necessary, without the state? Entrepreneurs have already proven that anything people really need, they will pay for. Even with the presence of city police departments, private home-security firms have arisen and thrived around the nation. Even with a military and a defense budget that dwarfs that of the rest of the world, private providers of military services are arising in the United States. Garbage collection is now private for the majority of American garbage cans.

Did the king invent corporations? You might as well ask whether any kings were wily entrepreneurs who understood the business world better than businessmen. Few things government does were invented by government, and even those things government did invent would still be better provided privately than through forcible government. Remember also that government is made up only of individual human beings, and they are human beings who are employed by government — that is, they do not face the market pressures businessmen face, and as a result are generally less able than businessmen to regulate business activity intelligently.

The next time you encounter economically ignorant claims that corporations are mere creatures of the state, that they could not exist without state coercion and privilege, you know what to reply: no, they're not; yes, they could. Corporate obeisance to and dependence on the state today is a nonargument. Corporations today don't have a choice in the matter.