Central Bank Embrace of Blockchain is All About Control 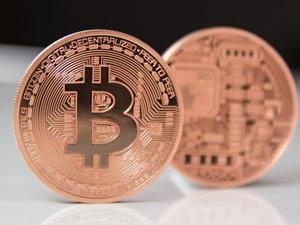 The recent news in the Bitcoin world is China's building attempt to regulate and oversee its use to a point where it is rendered nearly useless for Chinese consumers. They've realized that they can't truly kill it per se, but they can regulate the exchanges to a point where they can effectively stymie ts attractiveness.

Bitcoin, whether one considers it sound money or not, is a challenge to the established system monopolized by central banks everywhere. The War on Cash narrative fits in with the reality that central banks and governing authorities feel a need to address the lack of control and centralization in the currency world. Just as Bitcoin challenges the use of government protected clearing systems, so cash allows some inkling of freedom by consumers to withdraw from central-bank-driven monetary insanity.

It is no surprise that monetary bureaucrats worldwide have all but declared war on these "alternatives." It's all about control — about knowing what everyone is up to at all times. Instead of allowing the individuals to choose on the market, central bankers are all over the budding technology. They want to both challenge the existence of alternatives (Bitcoin) and embrace the technology behind it.

For the central banks, the promise of the technology is that it would allow them to track every pound or renminbi on every step of its travels through the financial system in real time — something that is impossible now. The goal would be to make the financial system more transparent, fast, efficient and secure.

Indeed, while declaring war on Bitcoin itself, we discover that Chinese banks are experimenting with their own central-bank-approved version of a purely digital currency:

The digital currency, known to the broader world as “ChinaCoin,” but officially referred to inside China as digital renminbi, or RMB, was developed by the PBOC in partnership with other private and public entities.

It's not really about fighting crime and promoting stability. It's about total financial domination. Even at the Federal Reserve, Lael Brainard, the Fed governor who oversees new technology, is behind the trend:

We are paying close attention to distributed ledger technology, or blockchain, recognizing this may represent the most significant development in many years in payments, clearing and settlement," Ms. Brainard said.

And Janet Yellen too:

A week before Ms. Brainard of the Fed gave her speech on distributed ledgers, the chairwoman of the Fed, Janet L. Yellen, was asked about the technology at a congressional hearing. She said that “innovation using these technologies could be extremely helpful and bring benefits to society.”

Benefits to society, of course, refers to the benefits to the central bankers and the various cronies who leech on to the monopolization of money and banking. The reality is that any benefits brought on by these centralizations of budding technology is strictly reserved for the crony financial establishment, and it is the poor suckers on main street that will pay the price.