GET NEWS AND ARTICLES IN YOUR INBOXPrint
A
A
Home | Mises Library | Cardinal Utility: It's Worse Than You Thought

Cardinal Utility: It's Worse Than You Thought 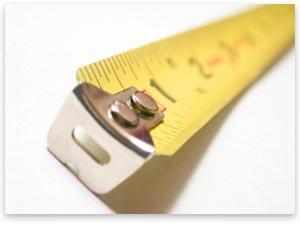 So I'm at the Rothbard Graduate Seminar. It's the first day, the first class, and Bob Murphy mentions the fallacy of a cardinal preference scale. This starts me thinking back to when I was working on my first masters degree, in sociology, learning survey-research methods.

In the context of economics, even though we talk a lot about the error of treating preferences as cardinal, I think we don't emphasize the nature of the error enough. This may be an arcane point, but I think many of our students don't realize just how egregious this error is.

The simplest type of data is nominal-level data. I am male. I am married. I live in Columbia, Missouri. I am a graduate student. These are all nominal data — the observation is placed in categories that have simple names. Nominal data are commonly used in surveys of all kinds, including economic studies. Demographic data are probably the most common variety of nominal data.

The next step up is ordinal data. Preference scales are of course ordinal. Likert scales are also ordinal; these are the "strongly agree, agree, neutral, disagree, strongly disagree" types of questions you see on surveys or course evaluations. Ordinal data exist as a list, ordered from best to worst, most desirable to least desirable, or according to some other relevant criterion. The distinguishing feature of ordinal data is that there is no implied "distance" from one rank to the next. For example, the question of how much more you agree if you mark "strongly agree" rather than "agree" is meaningless.

The category of cardinal data actually contains two subcategories. The next step up from ordinal is interval-level data. We don't encounter interval-level data much in the social sciences, but it is fairly common in natural sciences. Temperature is a commonly used interval scale. The amount of temperature change measured by one degree Fahrenheit is (roughly) constant over the range of temperatures encountered in the real world. When we say that 70°F is ten degrees hotter than 60°F, or that 90°F is five degrees hotter than 85°F, those are meaningful statements. Moreover, we can say that those two intervals are comparable; a ten-degree interval is twice as big as a five-degree interval. However, we cannot say the same thing about the temperatures themselves; to say that 90°F is "twice as hot" as 45°F is, again, meaningless.

The final category of data is ratio-level data. Ratio-level data differ from interval-level data in that they have a meaningful zero point. The reason we can't meaningfully say that 90°F is twice as hot as 45°F is that the 0°F point was chosen arbitrarily. It doesn't have any connection to the actual heat content of the thing being measured. Length, on the other hand, is a ratio-level measure. Zero length is a clear, easily definable concept. Because of this, we can meaningfully say that 12 inches is twice as long as 6 inches. Monetary measures are also ratio level. We all know what it means to have zero dollars, and we know that $10 is twice as much as $5.

Moreover, a negative amount can have meaning in a ratio-level measure. For instance, we use the negative sign to denote a sum of money we owe as opposed to money we have. A negative temperature just means it's getting colder.

When we transform an ordinal preference scale into the utility function that our neoclassical friends love so much, it has to become ratio-level data. The operations of calculus that we perform on utility functions, like differentiation and constrained optimization, require ratio-level numbers. Anything less than that gives meaningless results. You can see, then, that imputing cardinality is not one error, but two together. In treating preference scales as ratio-level data, we are adding two characteristics to the scale that were not there before.

At the interval level, we are saying that there is an identifiable, constant unit for measuring utility or preference. This necessarily implies that the nature of the satisfaction we derive from consumption of different goods is qualitatively the same. That is, the satisfaction or utility I get from drinking a big glass of iced tea after mowing the lawn, or from reading a good book, or riding my bicycle on the MKT Trail, or giving a really good economics lecture, are all qualitatively the same and therefore can be measured with the same scale, even though they may differ in magnitude.

It also implies that this completely internal event that we call satisfaction, which has no extension in space and no observable characteristics, is somehow objectively measureable at all. This is all patent nonsense, and we haven't yet even addressed the question of whether that identifiable unit of utility is the same for different individuals.

At the ratio level, we are saying that the concept of zero utility is meaningful. But how can this be? What is the total absence of satisfaction? Is utility always positive, like length or weight, or can it be negative? Could dissatisfaction be "negative" utility, or does that just mean that our actual "level" of satisfaction is lower than we would like?

We are all dissatisfied to some degree all the time, or we would never act. So are we always climbing toward zero on our utility scale, or climbing toward infinity? A ratio-level measure requires a nonarbitrary zero point, but there is no way of finding that. Zero utility is obviously nonsense; again, this is shown to be true before we ask whether my zero point and yours are the same or different.

Imputing either one of these cardinal characteristics to a preference scale is nonsense; making both errors together is, as Walter Block likes to say, nonsense on stilts. Preferences are ordinal, and our analysis has to reflect that simple, unavoidable fact.