GET NEWS AND ARTICLES IN YOUR INBOXPrint
A
A
Home | Mises Library | Can Quantitative Easing Lift Economic Growth? 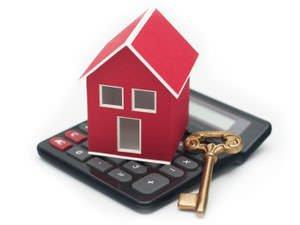 Some commentators such as Mohamed El-Erian, the chief executive officer of Pacific Investment Management (PIMCO), are of the view that the Federal Reserve’s policy of massive asset purchases has added very little to economic growth. A study published by the Federal Reserve Bank of Kansas City explores various channels through which monetary pumping can grow the US economy. On this, the study indicates that the Fed’s purchases of mortgage backed securities (MBS) can have a strong beneficial effect. The study however suggests that with respect to the purchases of Treasury Bonds the effect on the economy is minimal.

But does it all make much sense? Contrary to the popular way of thinking and the Kansas Fed study, we argue that it is erroneous to suggest that there are some channels through which monetary pumping can exert a beneficial effect on the economy.

For instance, the so-called benefits to the economy from the interest rate channel are on account of an artificial lowering of interest rates by the central bank. Such a lowering cannot set the wealth-generation process in motion; this latter effect is what real economic growth is all about. It can only lead to the misallocation of scarce capital and the weakening of the wealth generation process.

This is however a fallacy since all that money does is serve as the medium of exchange. It enables the exchange of the produce of one specialist for the produce of another specialist and nothing more. If printing money could somehow generate wealth then world wide poverty would have been eliminated by now.

On the contrary, monetary pumping sets in motion a process of economic impoverishment by activating an exchange of something for nothing. It diverts real wealth from wealth generating activities towards non-productive activities.

We suggest that as the Fed continues with its aggressive monetary pumping there is the risk that the pool of real wealth, the key for economic growth, will become stagnant, or worse, will start declining. If this were to happen economic growth will follow suit and no monetary tricks of the Fed will be able to help.

On the contrary, the more aggressive the monetary pumping becomes the faster the pool of real wealth is going to shrink and the worse economic conditions will become.

Eventually even the government’s own data such as GDP will start displaying weakness. Remember that changes in GDP are a reflection of changes in monetary pumping: the more is pumped the greater the rate of growth of GDP.

The Federal Reserve Bank of Kansas City’s study explores various channels through which monetary pumping by the Fed can grow the US economy. On this, the study indicates that as opposed to Treasury bonds purchases, the Fed’s purchases of mortgage backed securities (MBS) can have a strong beneficial effect. I maintain that it is erroneous to conclude that there are some channels through which monetary pumping can produce a beneficial effect to the economy. I also hold that monetary pumping is always bad news for the economy since it leads to the weakening of the wealth generation process and thus leads to economic impoverishment.