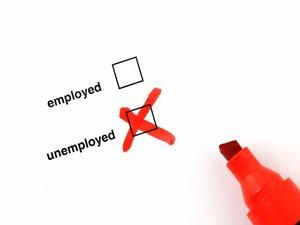 The minimum wage is another major implement in the war on poverty. In 2009, it was raised to $7.25 per hour, its highest level (in real terms) since 1981. Thereafter, the poverty rate inched up to 15 percent in 2010, and remained near that rate through 2013. Despite this, President Obama, in his 2014 State of the Union address, called for the federal minimum wage to be raised to $10.10. Later that year, his sales pitch for this proposal included: “One of the simplest and fastest ways to start helping folks get ahead is by raising the minimum wage. Ask yourself: could you live on $14,500 a year? That’s what someone working full-time on the minimum wage makes. If they’re raising kids, that’s below the poverty line. And that’s not right. A hard day’s work deserves a fair day’s pay.”

The president’s argument above, however, is based on a false narrative. The typical person earning the minimum wage is not raising a family on $7.25 an hour, and working forty hours a week. Only 2.6 percent of US workers earn the minimum wage, and most of them work part time, and are between the ages of sixteen and twenty-four.

Problem “Solved”: Just Raise the Minimum Wage a Little at a Time

Recognizing the consequences of a sharp increase in the minimum wage, former President Clinton argued for a phased-in increase last fall on John Stewart’s The Daily Show. In Clinton’s segment, he told the show’s millions of viewers that “If you [raise it] in a phased way, it always creates jobs. Why? Because people who make the minimum wage or near it are struggling to get by, they spend every penny they make, they turn it over in the economy, they create jobs, they create opportunity, and they take better care of their children. It’s just the right thing to do, but it’s also very good economics.”

Increasing the minimum wage, whether it is a sharp or modest change, is not the right thing to do, nor is it good economics. Those who disagree will point to the fact that modest phased-in increases to the minimum wage have not been associated with a sharp rise in unemployment. This argument, however, glosses over the fact that the minimum wage is generally raised during economic expansions, when low-skilled wages are higher than the legislated minimum. If true, the consequences of hiking the minimum wage are not felt until after the economy has entered a recession. Since we only observe the economy entering a recession at the new higher minimum wage, it is difficult to determine how much of a rise in unemployment is attributable to the higher rate.

Has It Worked In Baltimore?

Let us now turn to a case study that is particularly timely. The recent violence in Baltimore has led for calls that we “do something” about poverty in Baltimore. And yet, the city has been subject to wage legislation for years, with little result.

Low-skilled wage intervention is substantial in Maryland where the state’s minimum wage is set to rise to $8.25 this July. Since 2007, the state has required certain employers to pay a “living wage,” which is $13.39 in Baltimore County and Baltimore City. In addition to the state minimum and living wage rates imposed on residents of Baltimore City, said city has legislated a minimum wage that applies to all businesses in the City with more than one employee, a living wage that applies to all service workers who are employed by city service contractors or their subcontractors, and over one hundred prevailing wage rates.

If former President Clinton is correct in saying that legislating pay raises for low-skilled workers “always creates jobs,” then Baltimore’s economy should be a robust engine of job growth. The argument is correct — provided the marginal businesses that employ low-skilled labor remain in business, they do not lay off employees or cut their employees’ hours, and said employees spend every cent of the legislated pay raise. In such a world, a higher wage means more money, more money means more consumption, more consumption means more jobs, more jobs means more money, and so on in the infinite Keynesian spending cycle.

Since 37 percent of young black male Baltimoreans (twenty to twenty-four) are unemployed, however, it’s fairly clear that things aren’t working out as the Keynesians have planned.

Recognizing that it hasn’t worked, lawmakers have attempted to make workers more desirable by spending more on education. That has also failed.

Despite Baltimore public schools’ per pupil expenditure being second only to that of New York City and low student-to-teacher ratio of 15.75, less than 15 percent of black Baltimore eighth graders are proficient in math and reading. Thus, it appears that these schools are graduating workers who have skills that are valued well below the legislated wage rates. Since these wage rates make it illegal to hire anyone whose job skills are valued below the legal wage, unemployment remains rampant.

So what do poorly trained young Baltimoreans do if they want to work?

The federal prohibition on narcotics drives the prices of illicit drugs up, and does little to tamp down consumption in Baltimore. Combined, these make the distribution and sale of narcotics very profitable. This allows the producers to pay their sales forces a wage that is not subject to federal, state, and local minimum wage rates. Hence, low-skilled, unemployed high school graduates and dropouts seek and find sales jobs in an illegal industry, which helps explain why a majority of the Maryland prison population is from Baltimore.