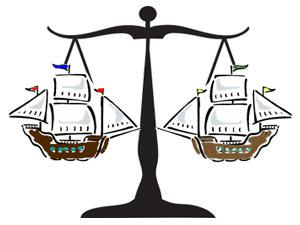 Tags Free MarketsGlobal EconomyHistory of the Austrian School of EconomicsInterventionism

Our adversaries have adopted tactics that are rather embarrassing. Do we establish our doctrine? They admit it with the greatest possible respect. Do we attack their principle? They abandon it with the best grace in the world. They demand only one thing — that our doctrine, which they hold to be true, should remain relegated to books, and that their principle, which they acknowledge to be vicious, should reign paramount in practical legislation. Resign to them the management of tariffs, and they will give up all dispute with you in the domain of theory.

"Assuredly," said Mr. Gauthier de Rumilly, on a recent occasion, "no one wishes to resuscitate the antiquated theories of the balance of trade." Very right, Mr. Gauthier, but please remember that it is not enough to give a passing slap to error, and immediately afterwards and for two hours at a time, reason as if that error were truth.

Let me speak of Mr. Lestiboudois. Here we have a consistent reasoner, a logical disputant. There is nothing in his conclusions that is not to be found in his premises. He asks nothing in practice but what he justifies in theory. His principle may be false; that is open to question. But at any rate, he has a principle. He believes, and he proclaims it aloud, that if France gives 10, in order to receive 15, she loses 5; and it follows, of course, that he supports laws that are in keeping with this view of the subject.

"The important thing to attend to," he says, "is that the amount of our importations goes on augmenting, and exceeds the amount of our exportations — that is to say, France every year purchases more foreign products, and sells less of her own. Figures prove this. What do we see? In 1842 imports exceeded exports by 200 million. These facts appear to prove in the clearest manner that national industry is not sufficiently protected, that we depend upon foreign labor for our supplies, that the competition of our rivals oppresses our industry. The present law appears to me to recognize the fact that the economists are wrong in saying that when we purchase we necessarily sell a corresponding amount of commodities. It is evident that we can purchase, not with our usual products, not with our revenue, not with the results of permanent labor, but with our capital, with products that have been accumulated and stored up, those intended for reproduction — that is to say, that we may expend, that we may dissipate, the proceeds of previous economies, that we may impoverish ourselves, that we may proceed on the road to ruin, and consume entirely the national capital. This is exactly what we are doing. Every year we give away 200 million francs to the foreigner."

Well, here is a man with whom we can come to an understanding. There is no hypocrisy in this language. The doctrine of the balance of trade is openly avowed. France imports 200 million more than she exports. Then we lose 200 million a year. And what is the remedy? To place restrictions on importation. The conclusion is unexceptionable.

The economist school will blame me, no doubt, for arguing with Mr. Lestiboudois. To attack the balance of trade, it will be said, is to fight with a windmill.

But take care. The doctrine of the balance of trade is neither so antiquated, nor so sick, nor so dead as Mr. Gauthier would represent it, for the entire Chamber — Mr. Gauthier himself included — has recognized by its votes the theory of Mr. Lestiboudois.

I shall not fatigue the reader by proceeding to probe that theory, but content myself with subjecting it to the test of facts.

We are constantly told that our principles do not hold good, except in theory. But tell me, gentlemen, if you regard the books of merchants as holding good in practice? It appears to me that if there is anything in the world that should have practical authority when the question regards profit and loss, it is commercial accounts. Have all the merchants in the world come to an understanding for centuries to keep their books in such a way as to represent profits as losses, and losses as profits? It may be so, but I would much rather come to the conclusion that Mr. Lestiboudois is a bad economist.

Now, a merchant of my acquaintance having had two transactions, the results of which were very different, I felt curious to compare the books of the counting-house with the books of the customhouse, as interpreted by Mr. Lestiboudois to the satisfaction of our 600 legislators.

M.T. dispatched a ship from Havre to the United States, with a cargo of French goods, chiefly those known as articles from Paris, amounting to 200,000 francs. This was the figure declared at the customhouse. When the cargo arrived at New Orleans it was charged with 10 percent freight and 30 percent duty, making a total of 280,000 francs. It was sold with 20 percent profit, or 40,000 francs, and produced a total of 320,000 francs, which the consignee invested in cottons. These cottons had still for freight, insurance, commission, etc., to bear a cost of 10 percent; so that when the new cargo arrived at Havre it had cost 352,000 francs, which was the figure entered in the customhouse books. Finally M.T. realized upon this return cargo 20 percent profit, or 70,400 francs; in other words, the cottons were sold for 422,400 francs.

If Mr. Lestiboudois desires it, I shall send him an extract from the books of M.T. He will there see at the credit of the profit and loss account — that is to say, as profits — two entries, one of 40,000 another of 70,400 francs, and M.T. is very sure that his accounts are accurate.

And yet, what do the customhouse books tell Mr. Lestiboudois regarding this transaction? They tell him simply that France exported 200,000 francs' worth, and imported to the extent of 352,000 francs; from which the honorable deputy concludes "that she had expended and dissipated the profits of her previous economies, that she is impoverishing herself, that she is on the high road to ruin, and has given away to the foreigner 152,000 francs of her capital."

Some time afterwards, M.T. dispatched another vessel with a cargo also of the value of 200,000 francs, composed of the products of our native industry. This unfortunate ship was lost in a gale of wind after leaving the harbor, and all M.T. had to do was to make two short entries in his books, to this effect:

"Sundry goods due to X, 200,000 francs, for purchases of different commodities dispatched by the ship N."

"Profit and loss owed to sundry goods, 200,000 francs, in consequence of definitive and total loss of the cargo."

There is still another inference to be deduced from this, which is that according to the theory of the balance of trade, France has a very simple means of doubling her capital at any moment. It is enough to pass them through the customhouse, and then pitch them into the sea. In this case the exports will represent the amount of her capital, the imports will be nil, and impossible as well, and we shall gain all that the sea swallows up.

This is a joke, the protectionists will say. It is impossible we could give utterance to such absurdities. You do give utterance to them, however, and, what is more, you act upon them and impose them on your fellow-citizens to the utmost of your power.

The truth is, it would be necessary to take the balance of trade backwards (au rebours), and calculate the national profits from foreign trade by the excess of imports over exports. This excess, after deducting costs, constitutes the real profit. But this theory, which is true, leads directly to Free Trade. I make you a present of it, gentlemen, as I do of all the theories in preceding chapters. Exaggerate it as much as you please — it has nothing to fear from that test. Suppose, if that amuses you, that the foreigner inundates us with all sorts of useful commodities without asking in return — that our imports are infinite and exports nil. I defy you to prove to me that we should be poorer on that account.