GET NEWS AND ARTICLES IN YOUR INBOXPrint
A
A
Home | Mises Library | Bait & Switch: "Economic Development" in the States 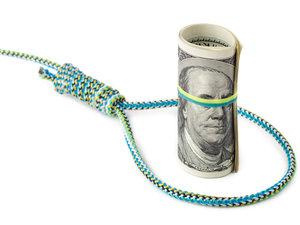 North Carolina recently offered Boeing $683 million in tax incentives to open a plant in North Carolina to build Boeing’s new 777X jetliner. The NC bid failed, as did those from some other states, when Boeing decided to build the 777X in its home state of Washington where there is no state, personal, or corporate income tax.

More recently, North Carolina was prepared to offer Toyota up to $107 million worth of incentives to lure the automaker’s North American headquarters from Los Angeles to Charlotte, bringing 2,900 jobs with it. The Charlotte Observer reported that Charlotte lost out to Plano, Texas. The Texas offer was only $40 million but Texas has no corporate or personal income tax and has direct flights to Japan.

Businesses do not locate in any one place solely because of the tax laws. However, as tax burdens climb, the tax treatment of the business itself, and of its higher-paid employees and executives, becomes a more important consideration. Thus the incentive packages, made up primarily of special tax abatements for a set period of time, are developed and used in recruiting new businesses.

It is apparent that the politicians — politicians as diverse as Governor Pat McCrory of North Carolina and Governor Andrew Como of New York — who try to make use of these incentives, are totally missing the point they are illustrating. If you have to bribe a company to locate in your state or bribe one not to leave, your taxes and whatever else you are using to bribe them, are too high or otherwise onerous. If this were not so, companies and entrepreneurs would move to your state without being bribed and those already there would not be trying to leave. Low taxes and a favorable business climate, like that of Texas, bring in many companies from other places, like California, where the business climate and taxes are not favorable.

Ally Bank ran a commercial several months ago illustrating this concept. The point of the commercial was that it is wrong to treat new customers better than old ones. More importantly, state “incentives” for new businesses, or those planning to leave, may amount to failure to provide equal protection under the (tax) law and may actually be bad for the state’s economy.

In April, Governor McCrory proposed a public-private partnership that would take over the economic development functions of the North Carolina Commerce Department. It is not yet clear how the partnership’s marketing would work or whether it would still offer tax and other “incentives” to attract companies to relocate to North Carolina. The budget approved by the House and Senate has no credits, instead offering grants totaling $10 million. (The Department of Commerce is in the process of determining how the grants program will be structured.) As a point of comparison, under the current incentives program, the state gave out $61.2 million in credits in 2013.

New York is mounting an effort to attract new businesses and entice entrepreneurs to start new businesses through its “Start Up New York” program. See their video ad here.

The Upstate New York economy is not good. Many of the little manufacturing companies that lived along the old Erie Canal have gone and even some of the big ones, like Xerox, Kodak, IBM, Bausch & Lomb have left, are leaving, or are diversifying out of state. In his article “The Ghost of America Future” Bob Lonsberry points out that New York has the highest combined state and local taxes, property taxes, and gasoline taxes in the country. Upstate New York is also losing population and representation in Congress. Is this a place where you would move to or start your business? Even if you get a tax break now, what happens when the time is up? Worse yet, if other businesses and population are leaving, will there be any local market for you?

North Carolina, on the other hand, has gained some of the people leaving New York. North Carolina’s traditional tobacco and furniture manufacturing businesses have shrunk. But North Carolina is home to Research Triangle Park (RTP) the biggest research park on the east coast and home to several information-technology, communications, and biotech companies. Moreover, the influx of people moving in from New York and other high-tax northern states has boosted the North Carolina service and real estate sectors. So North Carolina is a better place to move your business to or start up a new business. Then why does Governor McCrory have to offer incentives? Because, even though North Carolina is much better than New York, it is still too highly taxed and regulated when compared to many other states.

In truth, the states should close their economic development offices, cut the size and expense of their governments, and reduce or eliminate the taxes levied on businesses. They should also cut the regulatory red tape required to start a business and then operate that business within their state. Personal income taxes should also be eliminated so that companies considering moving to take advantage of the good business climate will bring their headquarters and high earners along. If you really are a good place to do business and your current businesses are doing well, you will not have to bribe a company to move in. Just get out of the way. Look at Texas!

If you are a small businessman or CEO of a big public company like Boeing, where do you want to move or expand? If a state that you are considering will offer you a “bribe” to move there, how will they treat you when you become one of the “old” companies there? If you are in the economic development office of a state, why do you think you should offer a new company something you would not offer to those already there? If you are a businessman in any state whose government will offer “incentives” to a new company, you should consider suing for equal protection under the law!